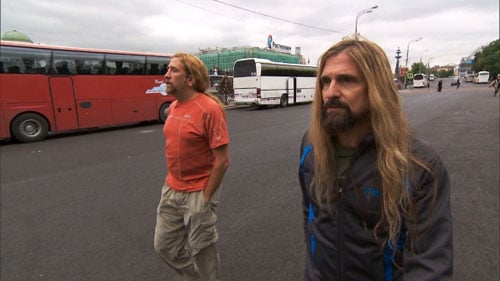 The Amazing Race Review, Season 21, Episode 7
“Off to See the Wizard”
Airs Sundays at 8pm (ET) on CBS

One of the most exciting parts about The Amazing Race is how unpredictable events can completely change the game. Although teams are competing in designed challenges, there is no definite way to avoid chaos. There have been extreme cases in the past, especially in the All-Star season where the next leg began while others were still competing in the previous one. That may be the case again here because of several factors. First of all, a delayed flight strands Abbie and Ryan and Josh and Brent overnight in the Frankfurt airport. They finally arrive at Moscow while several others are finishing. The unnecessary gamble to choose a faster flight with a one-hour layover costs them. When they miss the connection, both pairs have no choice but to wait a long time. Even a later start time for the first task isn’t enough to keep them in contention. The most interesting part of this situation is the pact between the teams to race together in Russia. This is surprising because they’re almost certainly the last two teams who must scramble to stay alive. The normally competitive Ryan seems most vocal about this bond; perhaps the mistake has changed his perspective. It’s possible they plan to decide to just race for the mat at the last minute, but that isn’t clear from this episode.

The other victims this week are James and Abba, who leave their bags in their taxi. When the cab driver drives away, they’re left without their belongings. This mistake is even worse because Abba’s passport is with their gear. Although they finish the leg, the rockers must retrieve their passports to continue. A stern Phil gives James and Abba the bad news and sends them scurrying for survival. A note to future racers: Always keep the essential documents on your persons. The dreaded “To Be Continued” text appears on the screen with three teams left on the field. Will the rockers be able to locate their packs in time? Will Brent ever muster the skills to escape the angry wrath of the synchronized swimming instructor? Those answers won’t come until next week. While this type of ending may frustrate some viewers, it’s actually an interesting way to raise the drama. This is definitely preferred to a non-elimination leg. There has to be a way to incorporate more devices like this and remove those entirely. While this probably won’t happen, moving in that direction would be the right step. 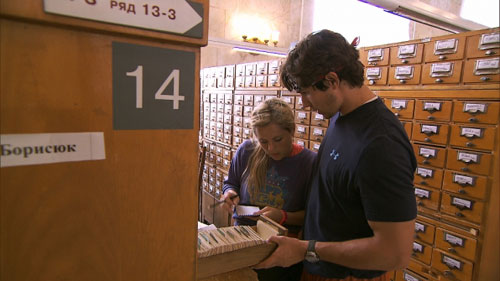 The top four teams land in Moscow and must first visit  Zurab Tsereteli Sculpture Park to receive their next clue. The Detour options are both difficult and for completely different reasons. “Alphabetized” sends them to the Russian state library to dig through a confusing card catalog. The challenge is that the Cyrillic symbols aren’t connected to the expected alphabet. Once they find the right cards, they must weave through the maze of books to discover the titles that match them. It’s a difficult task that requires some serious diligence to solve the puzzles. Trey and Lexi are up to the challenge and don’t freak out when they’re initially lost. James and Abba don’t have the same mettle and eventually switch to “Synchronized”. That task is to learn a synchronized swimming routine and perform it with the Russian national team. Along with being hilarious, this is also very difficult for racers who aren’t great swimmers. Jaymes and James do pretty well and are a lot better than the other competitors. Natalie and Nadiya almost use their Express Pass but are wisely convinced by Jaymes to stick it out. Those Chippendales are pretty smart guys. On the other hand, the twins seem grumpy this week. Their lack of excitement at a third-place finish is not endearing.

Following the inspired Detour options, the Roadblock is less thrilling and requires players to unlock a series of keys. It’s similar to the nearly impossible task that doomed Hayden and Aaron in season six. Thankfully, this one is less random and won’t inspire anyone to quit. Trey and Lexi continue their stellar play and take their second leg in a row. Her theme for the week is giving unsubtle hints about wanting a ring. Even so, they are still one of the most likable teams and doing well. Jaymes and James finish second and are having a blast, with the sad twins following them. That’s it for teams that finished! It will be really interesting to see what happens with James and Abba. They do have a lead on the last two teams, but it’s unlikely that they’ll find their bags easily. This predicament is really too bad given their stellar play throughout the season. 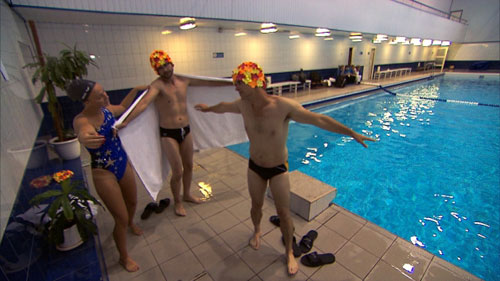 Returning to the final two teams, they both are forced to choose the synchronized swimming because the library is closed. It’s clear this wasn’t part of the original game design because not all the racers are good swimmers. Abbie and Ryan finish the task but stick around to wait for the goat farmers. At some point, they probably will have to leave or risk never making it to the Pit Stop. Brent is definitely not a swimmer, so the rockers may have a lot of time to search for their passports. No matter what happens, this messy leg brings some much-needed unpredictability to this race. While the previews give away a bit too much about one team’s fate, there are still enough questions to keep the result mysterious. The most likely departing team is James and Abba, but they have at least a slim chance of surviving this calamitous situation. Until next week! 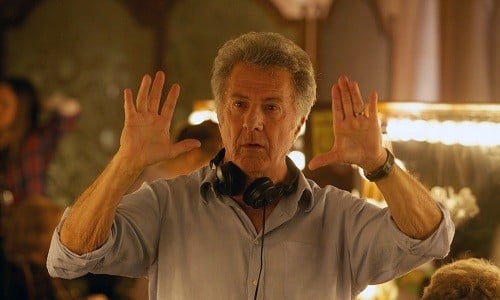 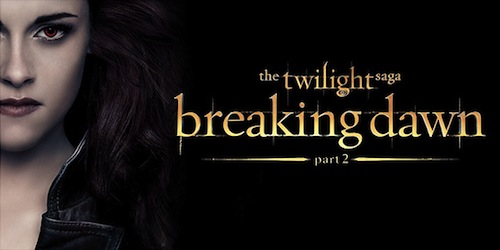