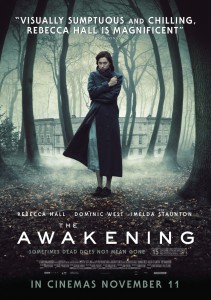 The directorial debut of Nick Murphy opens with a quote from Florence Cathcart’s book, Seeing Through Ghosts, which states that in this age wherein endless lives have been claimed by the war and influenza that ‘this is a time for ghosts.’ Set in 1921, supernatural investigator Florence Cathcart believes there is no such thing as ghosts, only people pretending to be ghosts. In any case, she brings equipment and traps to earn the job title of Ghostbuster, all to reveal the hoax behind “hauntings.” She is the archetypal cynic, and with good reason, as illustrated in the opening scene. An emotional Florence (Rebecca Hall) returns home to be met by her history teacher, Robert Mallorey (Dominic West), who believes that his school is haunted by a genuine ghost. After he provides compelling evidence in the form of photographs (as well as quoting her own statement on her relationship with fear as a child), Florence joins Robert at his school. Upon her arrival, the would-be 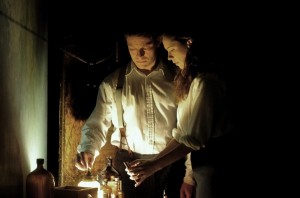 Ghostbuster is brought up to speed with developments at the school: a student has died from a combination of falling from the school and an asthma attack brought about by sheer fear of the ghost. The Awakening sees Florence try to resolve the haunting as well as dealing with her own emotional history.

Murphy’s debut feature is a haunted house sub-genre piece, yet also functions as a period piece. The detail that needs to be celebrated in the capturing of this duality is the shooting location. Manderston House in the Scottish Borders captures all the tones necessary for both a period drama and a haunted house genre piece. The drained colour palette and the long, vast expanse of the house captures the hard nose of pre-21st century education and the isolated and sparse school’s halls and corridors, providing the perfect haunting grounds.

There is also the one over-arching mechanism needed for a period drama to ring true and that is class. With a cast made up of Rebecca Hall, Dominic West and Imelda Staunton, this is a film of impeccable breeding. Not only do such well-regarded actors add weight, they also supplement the film’s status as a genre piece. Such a star studded cast is a rare commodity in the horror genre, and the script takes full advantage. Hall is magnificent as Cathcart, a character who has been broken by her past and embodies her constant internal struggle as well as the more external way she struggles to cope with the ghost. It’s almost redundant to comment on the other major players; Staunton is as consistently excellent as ever, the same is true of West as the unpredictable history master. 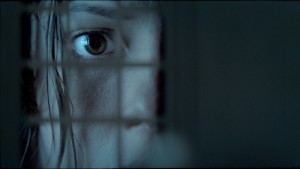 Best of all, above the location and the cast, is the atmosphere, which is another rare commodity. The desolate environment is complemented by a lack of soundtrack (one song is played at the conclusion), a welcome touch. There are too many horror films that tell you what to feel and when through the soundtrack. The lack of sound added in post-production brings the malevolence of the house to the foreground. The more traditional jump scares are never anything less than predictable, however that’s not to say that the lack of jumps can be construed as a negative thanks to aura of the film. Even in one of the more obvious scares, starring into the contorted and twisted face of the ghost had a greater effect than any jump scare. Additionally, there is also a running continuity involving a doll’s house, which provides some of the more interesting moments.

The Awakening is at its best when all is quiet and still. Not knowing what is going to happen and when is what makes the genre an unpredictable joy. Nonetheless, the one thing that uniformly ruins the genre as a whole is exposition on the reality of the ghost. It’s no different here, but where other films have their teeth removed via the exposition, The Awakening becomes something completely different thanks to the development of Florence as a character and the brilliant turn from Rebecca Hall. It’s still silly, but thankfully the drama and emotion quickly override it.

While far from flawless thanks to an unnecessary plot strand involving the groundsman, The Awakening overcomes the limitations of the sub-genre, becoming a horror film with all the necessary thrills and chills, while still delivering an emotionally tinged ending that never truly abandons ambiguity. 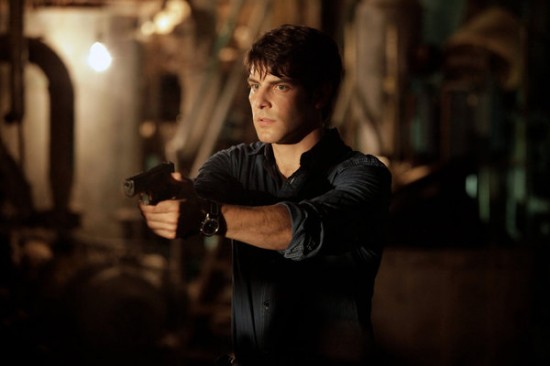