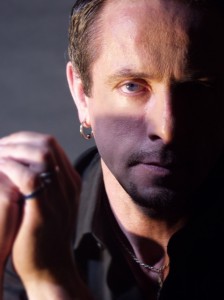 In the 1980s, author Clive Barker was dubbed the new face of horror. And what a face it was, one that looked like it should be fellating both Lord Byron and Aleister Crowley during a sex magic ritual, all arched eyebrows and smooth cheeks and smoky eyes.

Barker’s 1985 short story collection The Books of Blood was prototypical splatter-punk, hardcore and visceral, which was to horror literature what videos of Ukranian teenagers killing dogs are to YouTube (email me for the link). But what gave his brilliant work a twist was the element of fantasy interwoven with the carnage, soaked in a generous portion of semen smelling of poppers and flavoured lubricant. Barker’s writing is pure decadence, and when he moved into the film world as a director, hopes were high that he would reinvent the cinematic horror genre.

But instead of a re-invention, what we got was Cirque de Soleil with vampires, in the form of Nightbreed. He also made Lord of Illusions which was a film noir about magic where everyone had names that opium-dulled aristocrats would give their snakes in the 1800s.

But though Barker didn’t turn film horror on its head, he did manage to create Hellraiser, on of the most enduring horror film franchises of the 1990s.

Cult: The Barkerians
Basic Tenets: Pleasure and pain are interchangeable, and this should be discussed frequently in a very deep voice with lots of sibilant ‘s’s.
Adherents: Guys at fetish clubs, girls with Cure CDs, people with tattoos of ankhs.
Example: Hellraiser (1987), written and directed by Clive Barker Hellraiser perfectly exemplifies the sexually charged horror so lustfully pursued by Barkerians. His films, full of twisted sex and inventive violence, attract a peculiar type of horror fan, one unimpressed by vicious high school bullying of films like Saw, but bored of rubbing off to Anne Rice novels and Buffy slashfiction. Instead, they seek stories of sadism, bloody ejaculation, and S&M, the sort of stuff that’s best described when pulling on a nipple ring and sucking air through your teeth.

The film tells the story of Frank Cotton, the type of man who would likely be arrested in Thailand for pederasty, whose quest for ultimate pleasure brings him to a mysterious puzzle box. Inside is a sexually sadistic hell, inhabited by Pinhead and several other pleasure demons dressed like dominatrixes, known as Cenobites.

Cotton dies, but is resurrected in the house of his brother, where he seduces his sister-in-law and menaces his niece, played by Ashley Lawrence.

Though the film is over 20 years old, this first appearance of Pinhead is still an effective chiller. Cotton, who spends much of the film either skinless or as something resembling a crab made of arterial mass, is a horrifying villain, and the Cenobites are truly original creations. And the movie has a sick aura of debauchery around it, a feverish, priapic sexuality that colours everything the yellowish shade of a rotting condom. The perfect mood to bring a smile to the smooth-cheeked new face of horror.