As is usually the case, 2014 held a rich vein of great nonfiction cinema … that went mostly untapped by any wide audiences. But just because documentaries are perpetually under-served by popular (and even critical) attention doesn’t mean that we should neglect these films. This is a celebration of all the best docs to come out this year.

But first, for the sake of full disclosure, here are all the notable docs of 2014 that I haven’t gotten around to seeing yet:

Next,we have some honorable mentions — other docs of 2014 that are well worth seeking out:

A Will for the Woods, Art and Craft, Bible Quiz, Evolution of a Criminal, The Final Member, Finding Vivian Maier, Happy Valley, Harmontown, Keep On Keepin’ On, Last Days in Vietnam, Life Itself, Private Violence, Remote Area Medical, Rocks in My Pockets, Tough Bond, The Unknown Known, Visitors

And finally, there are docs that made rounds on the festival circuit this year but won’t be seeing theatrical releases until 2015. Be sure to keep an eye out for them:

The Iron Ministry, The Life and Mind of Mark DeFriest, Love Child, Out in the Night, Stray Dog

With all that out of the way, here are my favorite documentaries of 2014: 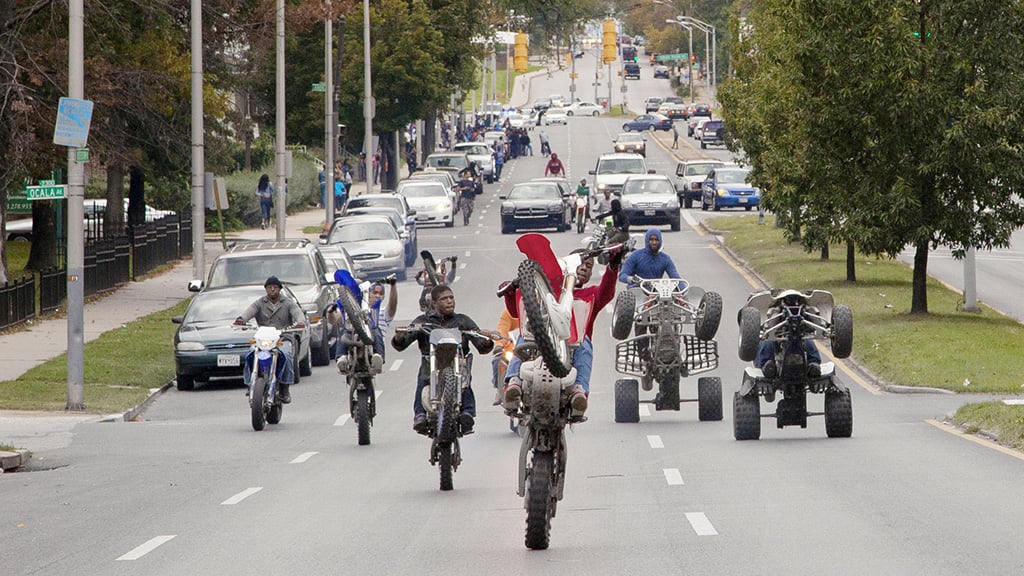 Groups of boys and young men on motorcycles and ATVs rove the streets of Baltimore. The police can’t touch them, because pursuing their vehicles through traffic is far too dangerous for civilians. Like an excerpt from The Wire, but with sequences of astonishing slow motion beauty, this film goes deep inside the culture of the “12 O’Clock Boys” and what attracts them to this particular thrill. The grim scenes of inner-city life contrast beautifully with the exhilarating escape of taking to the road and going as fast as one can. It’s a combination of the raw and the evocative like nothing else this year. 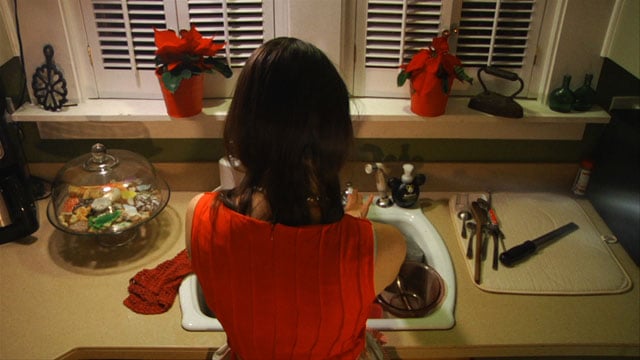 Some might dispute whether Actress actually “counts” as a documentary, because it consistently draws attention to its own artifice. But many never consider how much construction goes into a routine doc — how much reenactment of events or even set-up situations are needed to tell a compelling story. This is just one film that takes things a step further, not just nodding to the audience but interrogating how we process reality and tell things to ourselves and others. And all this perfectly suits the story of Brandy Burre, a former actress (who was on The Wire, speaking of that show) juggling her attempts to return to the field with her responsibilities as a mother and her separation from her longtime partner. It’s an endlessly fascinating look at the expectations placed on women in areas from film production to the home, and smartly shot, to boot. 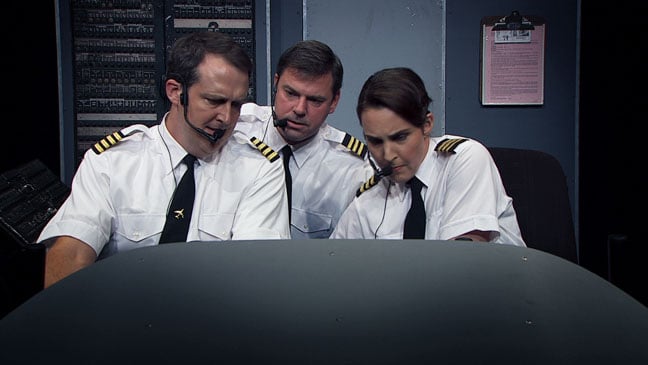 An adaptation of the stage play of the same name, this film goes even further than Actress in layering performance on the real. It’s divided into six vignettes in which actors interpret transcripts of black box recordings from airplanes that crashed. The result is an unbelievably terrifying look at how people act in times of crisis. Charlie Victor Romeo conveys the sheer helplessness of being in a plane crash better than a thousand Flights. And while it grips the audience on a visceral level, on an intellectual one, it makes them think about how fragile the systems set up to protect us can turn out to be. 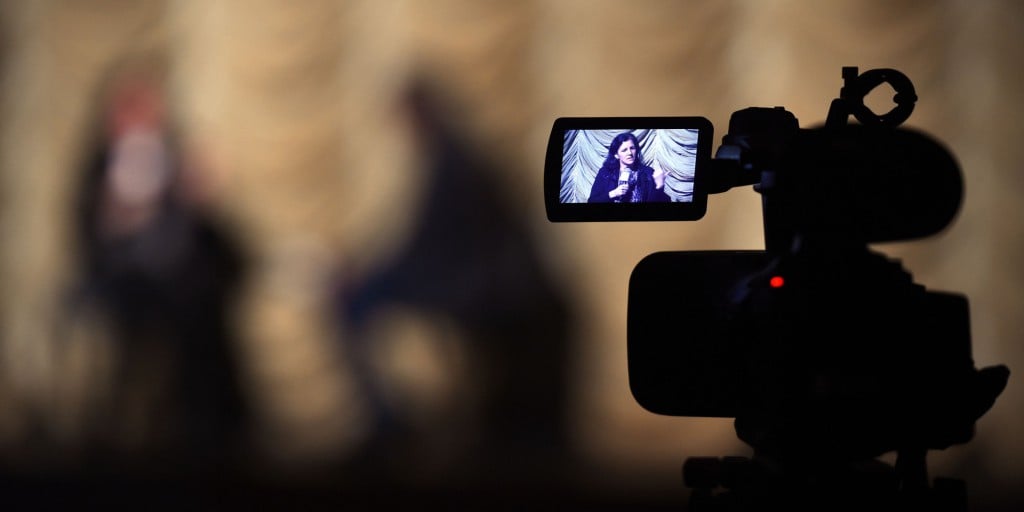 This may be a herald of things to come. Director Laura Poitras captured a piece of history in the process of unfolding when NSA contractor Edward Snowden invited her to help him leak information on how the agency’s surveillance programs went far more in-depth than most Americans knew. What plays out is less like any conventional documentary than it is like a Hollywood thriller, but never to the end of cheap exploitation of the events or people involved. How many more docs about vital developments will get a firsthand view of them in progress? For now, Citizenfour stands as something singular and riveting. 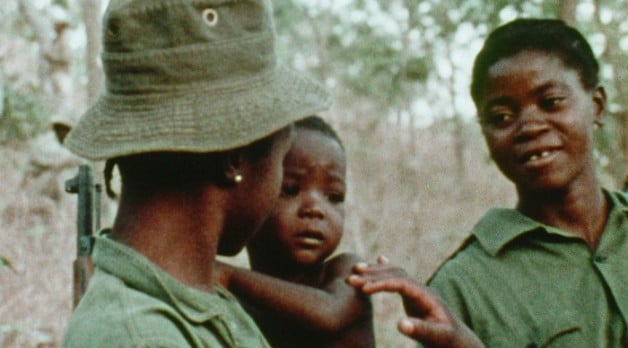 In this essay film, Lauryn Hill reads excerpts from Fanon’s The Wretched of the Earth over previously-buried news footage of Africa during its decolonization in the 1960s and ’70s. In light of the numerous protests launched in response to the senseless police killings of black people in America, many have cautioned that “extreme measures” should be avoided, and the authorities consistently call for nonviolent resistance. But Fanon and this movie argue that violence is the only effective response to the violence of oppression, that it is the only catharsis that can restore some measure of dignity to an enslaved populace. And it makes this case remarkably well, culling searing visuals of imperialism and the fight against it. This is one of the most vital and challenging films of the year. 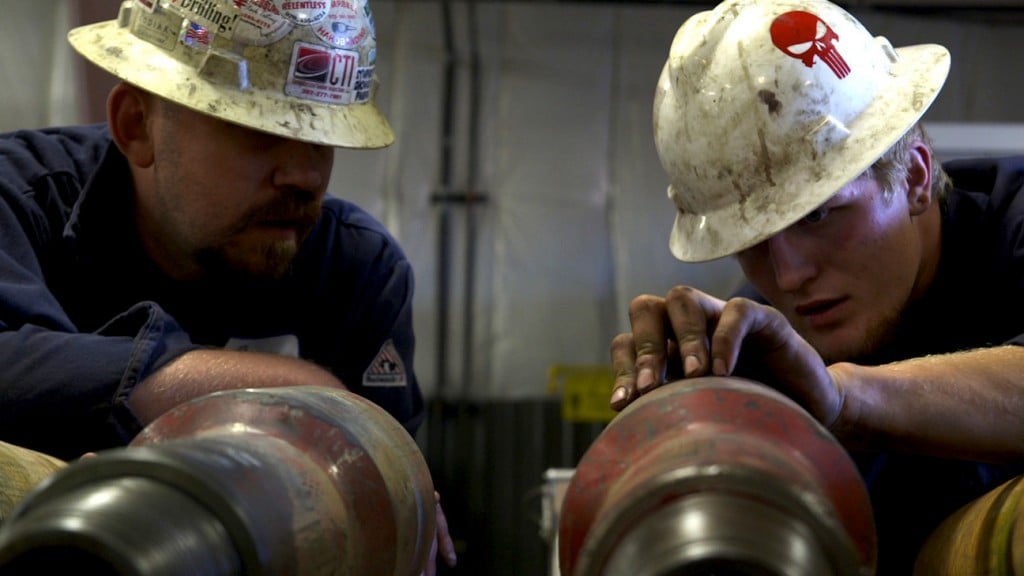 Documentaries about the social ramifications of the recession are rampant, but none of them encapsulate America as it is right now like The Overnighters. The tale of Lutheran pastor Jay Reinke’s dogged attempts to help the droves of migrants flocking to his tiny North Dakota town in desperate search of work, against the wishes of seemingly everyone else in the town, demonstrates the push-pull between unchecked capitalism and basic human goodness with almost unbearable emotional power. This movie is down in the mud with people who are continually getting crushed further into it. 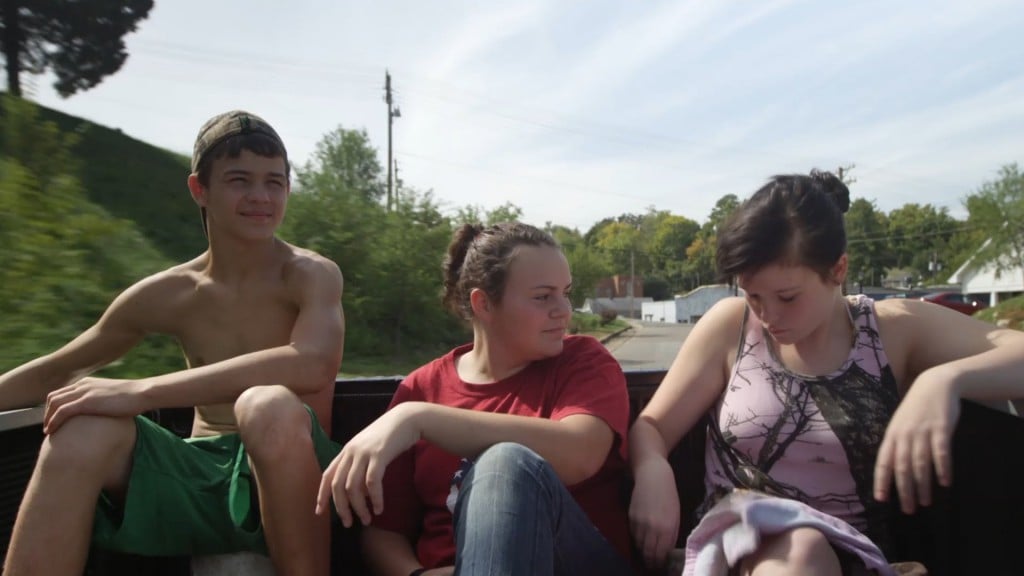 Three boys in an incredibly tiny southern town go about their lives, to varying degrees of mental adjustment and situational stability. That’s it. That’s Rich Hill. A description of the plot, such as it is, can’t do justice to how this film becomes so blisteringly intimate with its characters. Or how gorgeous it makes the eponymous town look. It all furthers my conviction that a great doc can be made about absolutely anyone or anything. 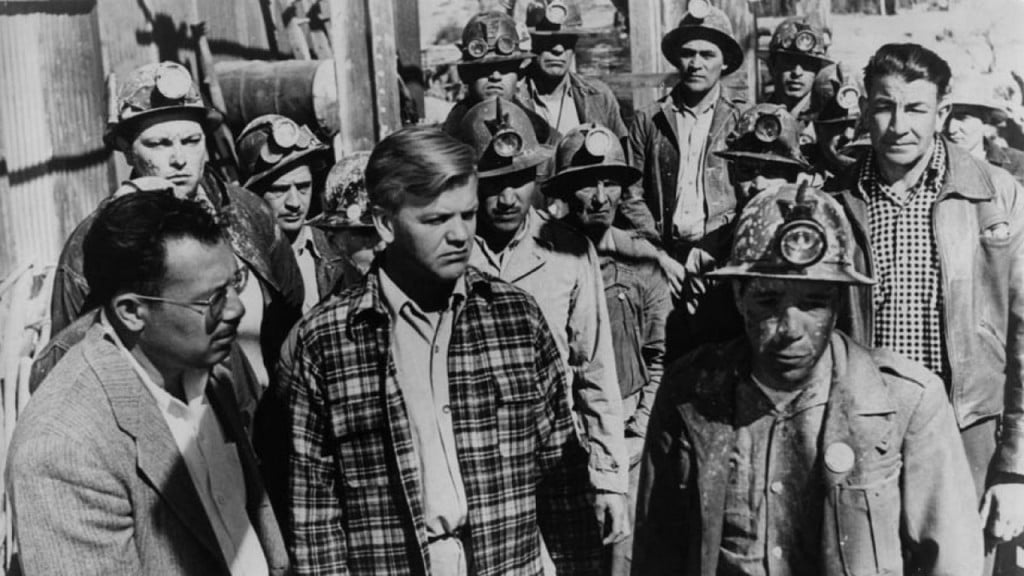 The Salt of the Earth

Wim Wenders has just changed the game of using still photographs in a motion picture. In concocting a biography of celebrated social photographer Sebastião Salgado, this film seeks also to explore his philosophy of using a photo to truly connect with a human being. Salgado’s face is superimposed over each image as he recalls the circumstances around its capture, a brilliant stylistic move that might make you unable to ever go back to the Ken Burns mode. And it’s all in the service of a story that takes you to the depths of human depravity and then back out again to something like hope, and makes neither extreme feel like a cheat. It’s simultaneously the darkest and the most inspirational movie on this list. 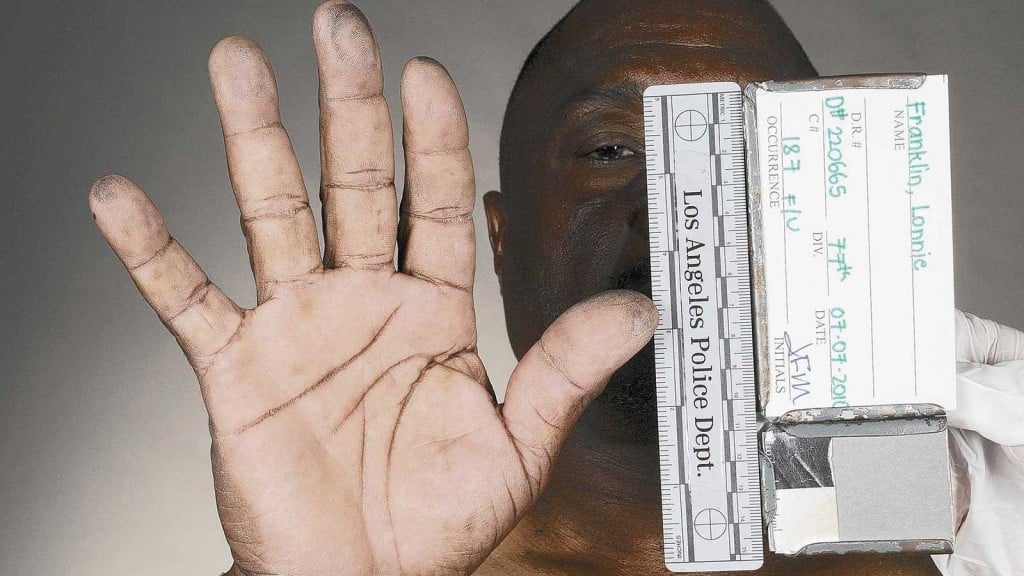 Tales of the Grim Sleeper

Pop culture is utterly in love with brilliant serial killers who evade capture through meticulous plotting and complex modus operandi. But you don’t have to be a genius to kill multiple people with impunity. After all, Los Angeles’ “Grim Sleeper” murdered more than ten people over the course of 25 years, and he did so by targeting people on the fringe of society — namely, poor black prostitutes. The police even have a name for incidents involving such individuals: NHI, or “No Humans Involved.” Tales of the Grim Sleeper is simultaneously an incredible true crime tale and a strident work of social criticism. 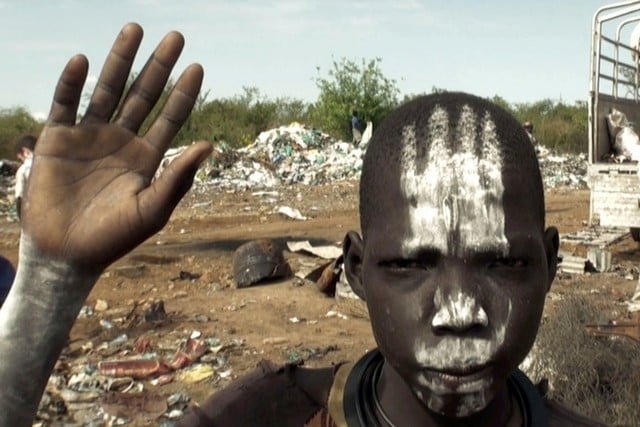 We Come As Friends

Best viewed as a followup to Concerning Violence, this film explores how imperialism has not left Africa, but has simply transmogrified into globalization. Set in South Sudan during its separation from Sudan, it jumps around the country and visits various people trying to eke out their living under the thumb of powerful outside interests, from corporations to foreign governments to missionaries.  We Come As Friends is an often infuriating tour of economic exploitation. 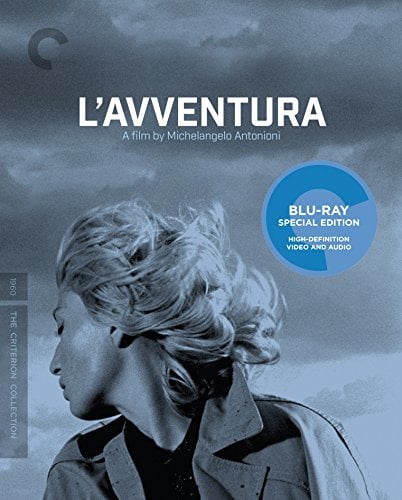 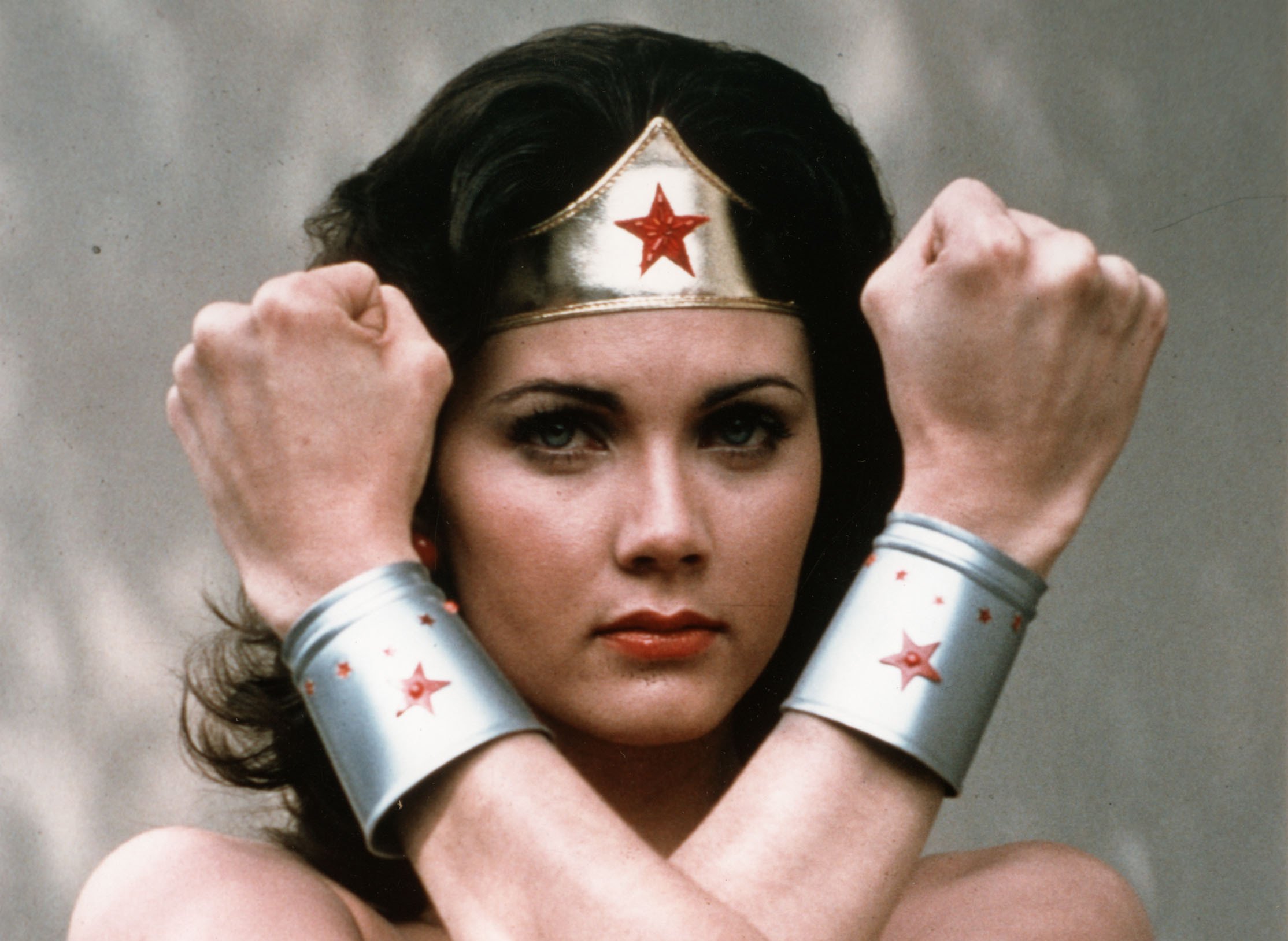