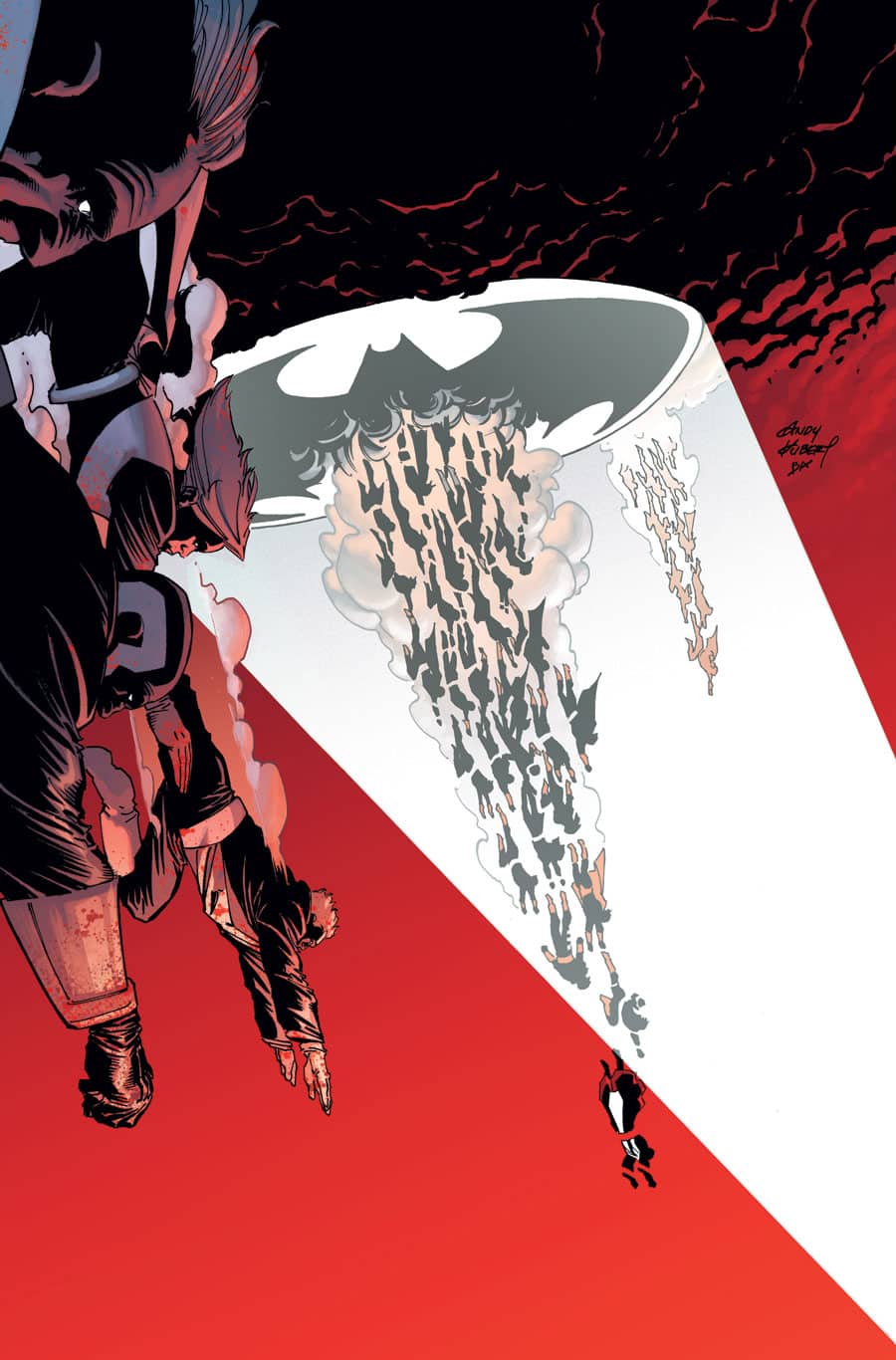 With the Kryptonians as ISIS metaphor in full effect, The Dark Knight III hits its midpoint as Superman gets the stuffing knocked out of him by Quar, his daughter Lara, and the Master Race while the Atom gets sub-atomic in the two most beautiful pages from the art team of Andy Kubert and Klaus Janson. The combination of snap shot panels and actual atom structures as well as single word lettering by Clem Robins shows the effect of traveling between particles better than any special effect could as it looks like Ray Palmer will end up being a wild card in the series. The Flash and Wonder Woman also make short, if kind of insignificant appearances. Wonder Woman is just sad about the battle between her son and daughter, and it seems like The Flash is trying to apprehend Batman so that the Kryptonians don’t destroy Gotham. But writers Frank Miller and Brian Azzarello don’t really develop his motivation so he just looks cool and then gets trapped by Batman. 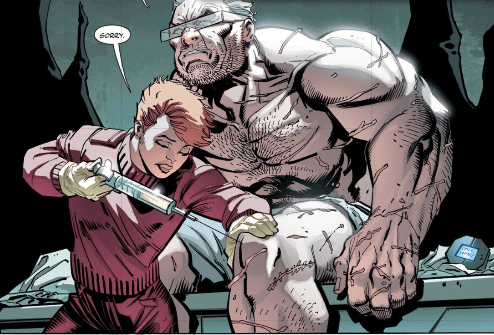 However, between the hot mess of superheroes flying about the place, Superman’s all too brief return, Miller’s Islamophobia rearing its ugly head, and the fact that Miller and Azzarello don’t talk about why Superman set up the Bottle City of Kandor, there is a decent legacy story featuring Bruce Wayne, Carrie Kelly, and Gotham police commissioner Ellen Yindel. You can really see the Miller influence in the way Kubert draws old Bruce in the wrinkles on his face, his big bulky muscles, and the slight streak of sentimentality he has when talks to Carrie about hope and “graduation presents” passing the mantle of Batman to her. And Carrie as Batman begins to forge a relationship with Yindel, who has decided to start drinking on rooftops as Gotham riots around her, and she reflects simply, “Humans suck.” And this line of dialogue definitely makes sense in this dark, alternate universe where Batman lets Superman die after agreeing to team up in the previous issue. (Unless Bruce has some insane, long game strategy to take out the Kryptonians that involves Superman’s “death”.) 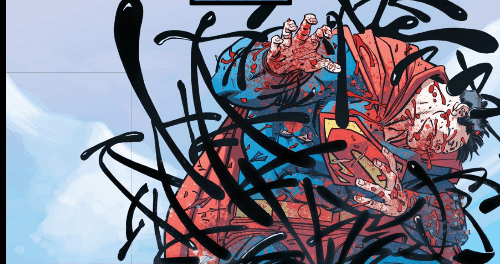 There are some great lines and sentiments in The Dark Knight III #4, but characterization is all over the place except in the earlier mentioned Bruce and Carrie in the cave and Carrie and Yindel on the rooftop scenes. (And Quar is just capital “E” evil.) I understand Superman not going full bore against his own daughter, but him turning into some kind of a pacifist and not even defending himself seems like shock value even though Kubert and Janson do a solid job showing the sheer amount of punishment he takes before Anderson takes over and pours on the reds and blacks for his execution. I hate to say it, but maybe Miller just doesn’t like Superman even though the scene where he absorbs the nuclear blast in The Dark Knight Returns is one of the great, all time Superman moments. Dark Knight III has striking scenes like the first appearance of The Flash beginning with a streak through lettering, then cutting to his bright yellow shoes, and showing him as a sheer force of nature. But then he gets tripped up by Batman without a chance to fully articulate which side he is supporting other than the “super” one. The Dark Knight III #4 definitely has style, but scatters its substance without finding a strong throughline, especially with the unceremonious offing of Superman and the Wonder Woman and Flash cameos.

The backup story in The Dark Knight III #4 is Batgirl fighting random Gothamites, who want to turn her in to the Kryptonians for wearing the Bat symbol, and shows that Frank Miller still has a knack for no holds barred hand to hand action sequences. Colorist Alex Sinclair also adds a nice pop of magenta to set her apart from Batman and Carrie as she methodically goes to work breaking the bones of her assailants. This also happens to be Barbara Gordon’s first appearance as an adult in the Dark Knight universe, and Miller and Azzarello write her as an intelligent and agile crime fighter, who ponders about why the world has gone to hell. Also, Aquaman shows up in a powerful scene that takes up a double page spread. Miller portrays him as a force of nature and possibly ally to Batman’s cause. Maybe, Team Batman will have a shot against the Master Race unless he and Batgirl are relegated to the sidelines like Wonder Woman.