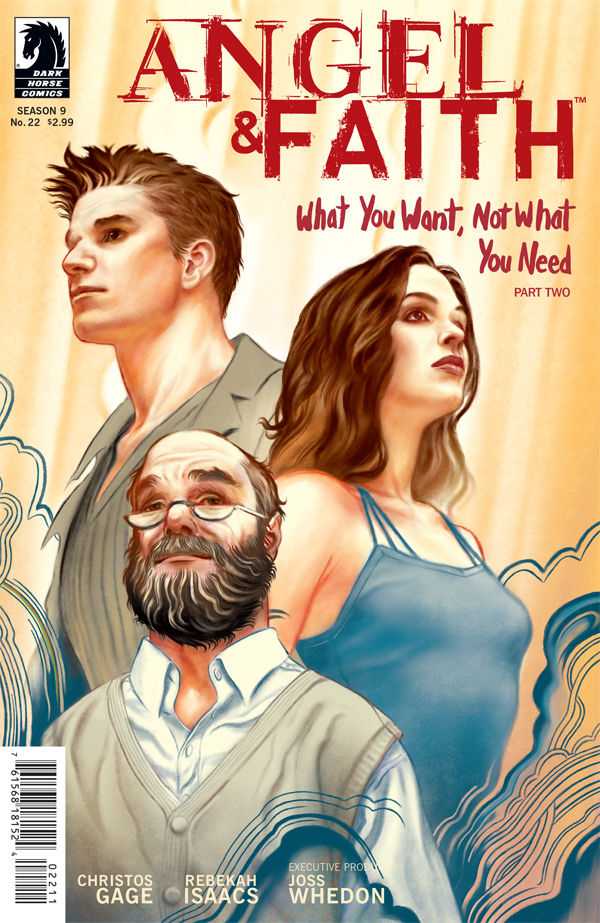 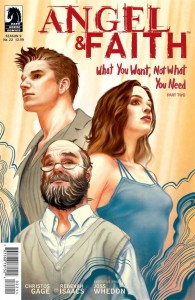 In 2011 when Dark Horse announced that “Buffy Season 9” would be accompanied by a sister series, telling its own story over the same time period as “Buffy”, there was some hesitation amongst fans about the necessity of this “Angel & Faith” series. And yet as chance would have it, “Angel & Faith” has consistently been the better of the two comics (with the exception of the brief Buffy pregnancy storyline, which goes unmatched in Season 9).

Something very big happens in issue #22, and even though it happens practically at the start of the issue, it does not feel proper yet discussing this reveal (that will be saved for issue #23’s review next month). It is best to wait and see a little more of what this is building towards, although it is definitely handled with care in #22. The premise is wacky and could very easily implode with disastrous results in the hands of another writer, but Gage knows exactly what to do with this appropriately very-Buffyverse twist.

“Angel & Faith”’s Big Bads are sorta-not-present in #22, which is a little strange as the comic is so close to the finale, this being a part of the final story-arc. The major threats are momentarily put on hold while the cast of heroes deal with a more personal, family matter. The issue is mostly all conversational, and is the quiet period of relaxation before it jumps to action-movie:final-act mode. The next two issues will likely be heavy on action (giving Rebekah Isaacs the chance to wow us once again with her combat drawings), with #25 being the resolution/potential lead-in to “Buffy Season 10” (who knows! This is merely speculation). 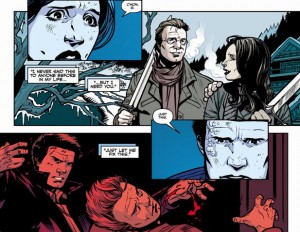 A mourning sense of finality casts a black cloud over this issue, which brings this very good series ever closer to its finale this August. The feeling is not present over on the “Buffy” comic, firstly because it spent a bulk of its run being somewhat disappointing, and secondly because we know this is not going to be the end. A 10th season has been confirmed, and Buffy and friends will be back in another series soon enough. The characters Angel and Faith do not have this same guarantee. Even though the set-up of this comic is a direct aftermath of Season 8’s endgame, and it crosses over with “Buffy” very briefly and occupies the same fictional universe, it also feels like its own entity, telling a single story which is some-what self-contained. Christos Gage has scripted a very impressive narrative, split into mini-arcs of equal length, each one providing necessary exposition and riveting storytelling and filling out the larger story that encompasses this title. “Buffy Season 8” and “Buffy Season 9” have not been as successful in this regard, at times telling very good story-arcs, but not telling a well structured season-narrative; the comics often going in unwanted directions, detaching the story at the seems because of unfocused plotting. The sad fact is, “Angel & Faith” is nearly over, its story almost complete, and it may not be getting a follow-up series. And if it does not, then we must pray to D’Hoffryn that Dark Horse keeps Christos Gage in some capacity for the new season. He would be an excellent choice for the core “Buffy Season 10” series.
0shares