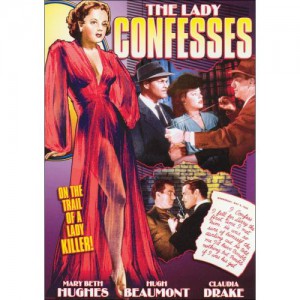 Vicki McGuire (Mary Beth Hughes) is resting at home one night, awaiting the return of her husband to be, Larry Craig (Hugh Beaumont), when who should appear at her door but Larry’s believed to be deceased former wife Norma (Barbara Slater). Stern in composure and unimpressed by Vicki, she storms off, warning the shell-shocked fiancée that no one else can have her husband. All the while Larry is hanging out at a club owned by Lucky Brandon (Edmund MacDonald), getting drunk silly. The evening grows ever more complicated when Norma’s body is later discovered in her apartment. The recently departed caused quite a stir during the few hours when she made her presence known, and now her demise is about to further stir the pot, especially with police captain Brown (Emmett Vogan) convinced of Larry’s guilt despite his many alibis who witnesses his drinking escapade.

It has been written time and time again, but the following bit commonly recognized film history bears repeating: film noir was not considered high art by many of the people involved in its inception back in the 1940s and 1950s. More to the point, the filmmakers themselves were unaware that they were in the process of giving birth to a film movement that would be categorized in the following decades as ‘film noir’, with its gamut of recognizable tropes fans love till this day. They were considered B-pictures, fit for double bills, for the most part made cheaply and quickly. Time has been exceptionally kind to many of its entries as a host of films are now regarded as unquestionable classics, but that does not imply that every movie was a proverbial diamond in the rough. Some efforts were, and remain, simply that: true B-movies that aim to fill the requisite, predictable check boxes and get out before they overstay their welcome. Enter The Lady Confesses, from director Sam Newfield. 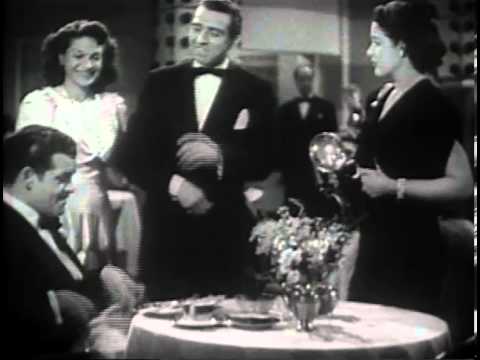 The Lady Confesses is by no means a horrid film. It is by no means a bad film. For lack of a better term, it simply ‘is what it is’. Warts and all, the story rapidly goes throws hoards of familiar beats in order to satisfy the most basic expectations that come with thrillers of this nature. Closer inspection betrays what looks, on first glance, like ruthlessly efficient pacing that results in the picture clocking in at 71 minutes. The script sets up potentially interesting roads down which certain characters can get mixed up in all sorts of rowdy, deadly trouble, only to forgo such plans (if they had been plans at all during the developmental stages of pre-production), preferring to snuggle itself lazily in familiar territory and make due with its obviously paltry budget and its cast, which, at best, is moderately equipped to make the proceedings as thrilling as one assumes they should be.

Reading the first few lines of the synopsis provided in the opening paragraph, one would rightfully assume that director Sam Newfield and screenwriter Helen Martin are to invite audiences into a unnerving story about how a vile individual, long assumed deceased, returns from her absence to foil the plans of a former husband and his current lover. Blackmail, long dormant sexual tension, betrayal, jealousy, there exists a plethora of potential avenues for the filmmakers to explore and all would be true to film noir’s themes and style. What the film eventually chooses to do is, in fairness, in line with noir sensibilities, only that it proves remarkably more pedestrian and trite than what otherwise could have been. Why even feature the set-up of a scorned woman, presumed dead for seven years, that threatens the happiness of her ex-husband if she to be killed, off screen no less, mere minutes later? Some might call that a tease, others could make a case that it represents a wasted opportunity.

The pieces left for the filmmakers to play with are certainly sufficient to make something worthy of note, but their efforts never come to fruition as one would hope. Vicki’s self-ordained mission to infiltrate Lucky’s club and perform her own investigation amounts to fairly predictable predicaments, the outcomes to which can be correctly guessed from miles away. What’s more, the film commits a common faux pas for film noir endeavours of the era, that being revealing the killer’s true identity far too early, thus sapping the movie of what precious mystery it had going for it. Why this is a recurring storytelling decision in these movies is anyone’s guess, but suffice to say that it rarely proves beneficial. 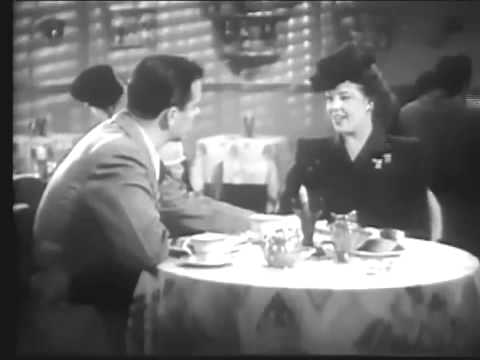 Of course, if the movie can serve up stylish, effective tension despite the viewer knowing whom the culprit is there is hope. In this regard The Lady Confesses is really not too bad. Director Newfield definitely has some skill behind the camera in building a foreboding sense of dread. Akin to Alfred Hitchcock’s theory about the ticking time bomb, there a couple of scenes during which the audience knows full well that a poor soul is about to be savagely attacked by the killer, the only question being when and from where in the room shall the assault emerge.

Not exactly dragging the film down nor lifting it to any significant heights is the cast, a hit or miss group of actors who give certain scenes a bit of spunk just as frequently as they reveal their limitations as thespians. Sadly, the chief guilty party is starlet Mary Beth Hughes, given the spotlight as the amateur sleuth viewers tag along with for the better part of the picture. While not a poor actor, her performance is, in essence, perfunctory, lacking the spark that would encourage the viewer to truly empathize with her. Much of the same can be argued about her co-star Hugh Beaumont as Larry Craig. Beaumont was a terrifically busy actor throughout the 1940s, quite dependable as well, but, perhaps as function of being relegated to second fiddle, he rarely come off as very engaging in The Lady Confesses. His best moments are, unsurprisingly, early on when the film spends time with his character at Lucky’s club as he drinks the night away, awarding the actor a few scenes to ham up the performance.

For those looking for a film with a similar set-up but that reaps its potential more fully, Black Angel, released only a year, is the movie to go with. By no means a perfect film in its own right, it is supported by superior direction and a much stronger cast. Even the title in this instance, The Lady Confesses, is something of a misnomer, making the film even a little less impressive than it already is. It satisfies the most basic of expectations, but only just. 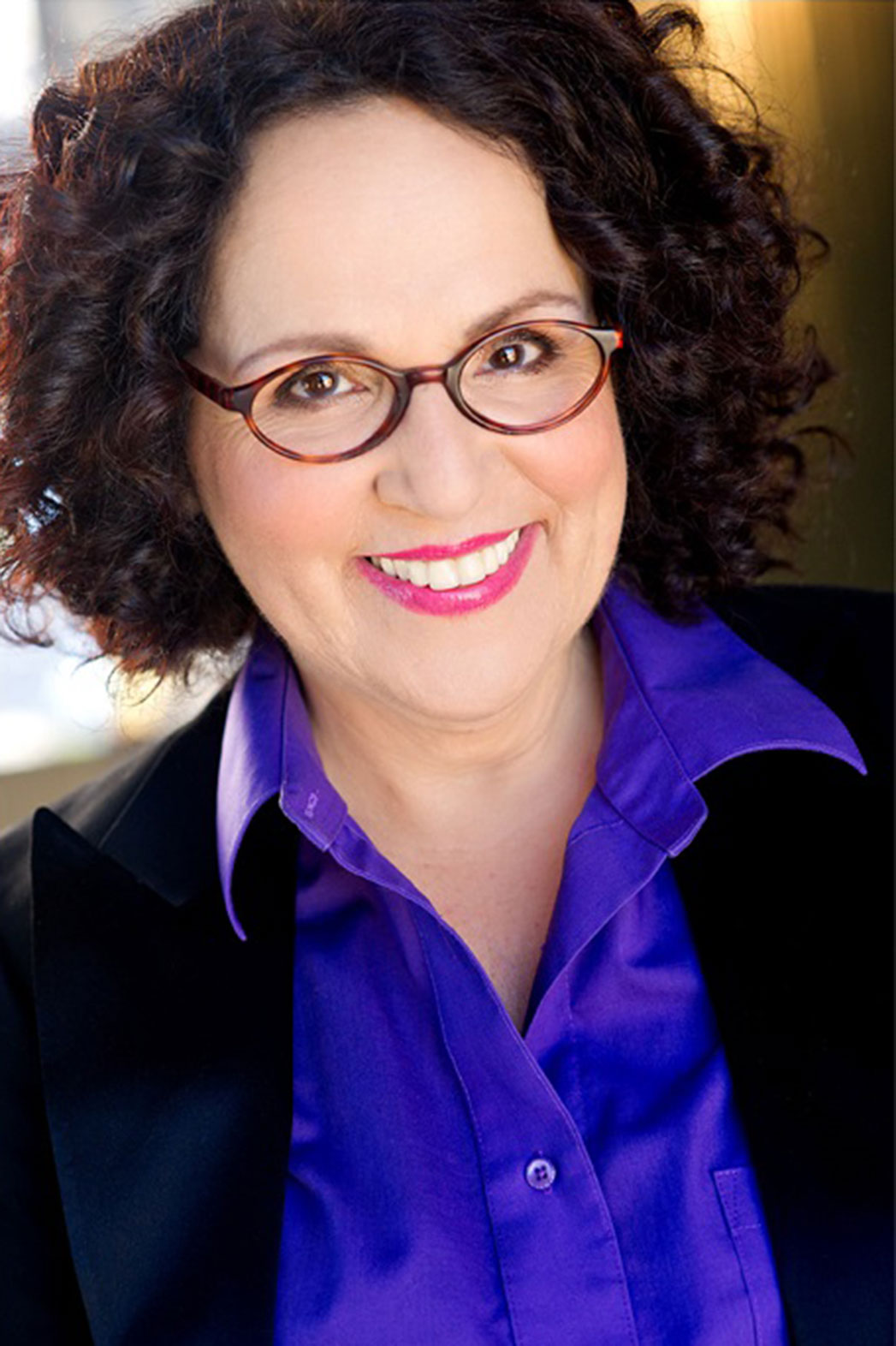