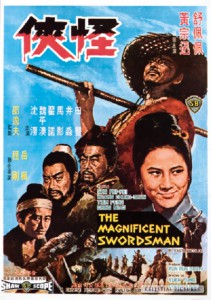 At what point should movie watchers applaud a film which borrows heavily from other familiar sources for the quality of the filmmaking and when is it too apparent that said film is incapable of overcoming the fatal flaw that can be the lack of originality? It is a tricky question to say the least, one interested in the very slippery slope of homages, remakes, nods and the like in the realm of cinema. If one is being honest, there exists no singular answer encompassing all variations of circumstances under which directors, writers and producers are either playfully playing tribute to other material or rather unashamedly ripping off of it. Even in the latter category, provided the new film is of quality and possesses just enough of its own identity, does there still exist sufficient grounds to dismiss said movie? A thought provoking topic to be sure, one that may very well dwell in the minds of viewers who take their chances on the 1968 co-directed Shaw Brothers movie, The Magnificent Swordsman.

Swordsman, from the directing duo of Griffin Yueh Feng and Ching Gong, is the tale of one lone, stoic wandering swordsman, Jiang Dan Feng (Wong Chung-Shun), who finds himself involved with the sister (Shu Pei Pei) of a hoodlum who met his end when a small band of muggers tried to attack and vanquish Jiang, better known to the people of the land as the Magnificent Swordsman. The brother’s dying words were a plea that the protagonist return his blade to his sister Xiu Xiu, and upon performing this noble warrior’s task the sister at first believes that it was Jiang who in fact murdered her sibling. He convinces her otherwise, even after she attempts to strike him down, causing injury. Jiang has little time to rest in Xiu Xiu’s home however, as the town is quickly under the duress of a notorious gang led by the smug, murderous Huang Da Ba (Cheng Miu). The latter has been on the prowl for Jiang for some time already, infuriated by the expert swordsman’s capacity to continuously escape death. Xiu Xiu pleads Jiang’s case to the townsfolk, convinced he can be a staunch ally, yet time is of the essence as Huang Da Ba is not one to wait long before striking at his prey…

Watching Swordsman, it is abundantly apparent that directors Griffin Yueh Feng and Ching Gong were influenced by some very specific movies of the same era when making their own picture. The final product, as shall be reviewed a little further, is still very very good despite what some might fear. Unsuspecting viewers, or those with more cursory familiarity with the popular genre pictures of the mid to late 1960s shall not, in all likelihood, be struck with the sense that this film is practically a hodgepodge of three if not four tremendously popular movies made and released only a few precious years prior. Those who have seen Sergio Carbucci’s Django, Sergio Leone’s Man With No Name trilogy and Akira Kurosawa’s Yojimbo and Sanjuro can still enjoy the show, but they most certainly will have little light bulbs going off in their heads every time a recognizable scene or characteristic appears on screen, in some cases even sounds. For one, the opening credit sequence features the hero walking the Chinese countryside, wearing his straw hat and carrying his trusty sword, as a ballad, unmistakably reminiscent of the one sung at the start of Django (albeit in Cantonese), roars in the soundtrack. Jiang is the silent type, preferring to project a aura of mystery about him by rarely looking upwards, thus frequently hiding his eyes from view. When his face is uncovered, viewers notice it resembles a melding of the man with no name and Sanjuro (could he speak Japanese, Wong Chung Shun might even attempt a Toshiro Mifune impersonation). He has arrived in a town harassed by a vile gang of mobsters that requires saving, even thought the town itself deeply mistrusts Jiang. His fighting style is far removed from what Shaw fans have come to know and love. Rather than taking on enemies in elaborate, near-balletic fashion he remains calm and still, carefully holding onto his legendary, unbreakable sword. His moves are brief and lighting quick, exercising the greatest precision. In essence, he is more samurai than traditional Chinese swordsman. Even the music comes off like a low key variation of various spaghetti western scores.

Should any of those converging ingredients, cobbled together from the aforementioned classics, be reason to scoff at Swordsman? Provided the viewer keep an open mind and allow the film to find its own identity amidst all of the blatant borrowing, the answer is a resounding ‘No.’ Whatever feelings some might have towards the practice of very direct inspiration, a movie can still create its own unique personality despite the similarities it shares with its predecessors. Griffin Yue Feng and Ching Gong have nonetheless concocted a wildly entertaining adventure with some terrifically exciting moments and characters that are easy to appreciate and grow invested in. Their film does not depend on the borrowed traits, it utilizes them as a platform upon which it creates its own voice. For every obvious copycat moment, there are two which remind the viewer the directors do in fact have a more sophisticated, compelling plan than mere mimicry.

For one, the action scenes are top notch, offering a salivating amount of diversity both in regards to the setting in which each confrontation occurs and the visual presentation the directors adopt to convey the sense of danger and thrill. Close quarter combat has the cinematography throw the viewer in the thick of the sword swipes, ducks and side steps to avoid contact, just like the characters themselves. There are some unexpected and inventive moments when, as the camera rests behind an actor’s shoulder, the frame will swerve diagonally to the left or the right as the combatant who back is facing the audiences moves around. Other times the frame remains beautifully calm, much like Jiang himself, offering a more classically panoramic view of the ongoing slaughter, slaughter being a morbidly apt term considering the amount of blood which occasionally spurts out of victims. The climactic battle, in which Jiang fends off Da Ba’s entire army to save the town, is fantastic for its creativity and scope. 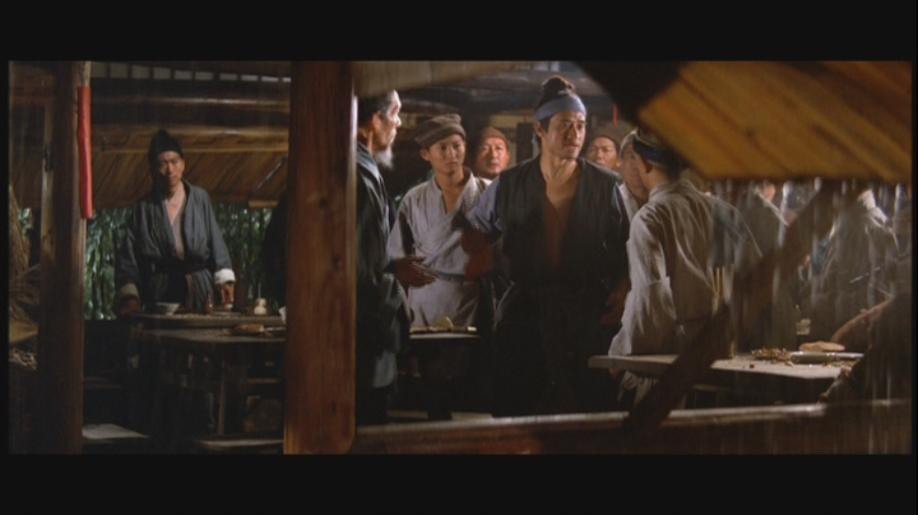 Swordsman is also saddled with some impressive leads. At the centre of all the action is Wong Chung-Shun, who effortlessly gets into character as a sullen yet experienced fighter who commits himself to ridding the land of what he describes as bullying. The difference with his character is that, when pressed, he is more vocal about his altruistic motives than either Django or Sanjuro ever were. True enough, having the character converse more openly about why operates the way he does subdues some of his potential mystique, although conversely this makes his more human and easy to identity with. There are two villains in the film, the dominating presence being Cheng Miu as Huang Da Ba. Miu excels at playing these sort of tempestuous personalities. With such vim and verve, it becomes difficult to not get excited when Huang Da Ba barks orders. Playing second fiddle Tien Feng, who appears only in the second half as Golden Snake Whip, is a calmer, more mischievous individual who has a connection to Jiang’s past. Tien Feng, very charismatic, is a Shaw studio legend, making his limited screen time somewhat disappointing however

Finally, the story takes an oddly compelling turn once Huang Da Ba’s increases the pressure on the innocent townsfolk with an ultimatum. Word gets out that Huang Da Ba has hired another master assassin (that being Golden Snake Whip) for 3000 silver taels. Suddenly some people begin assessing the possibility of paying off Huang Da Ba in order to spare their lives, all the while Xiu Xiu staunchly defends Jiang and believes in his usefulness as a protector. Rather than slowly come to believe in Jiang’s virtuous qualities and utter command of ways of slicing people to bits, they continue to bicker and debate the quickest solution to their predicament, expressing no sympathy for either Xiu Xiu or Jiang. While some suggest the idea of taking the fight to Da Ba themselves seeing as they may have strength in numbers, the majority expressing the desire to just pay off Da Ba and kick Jiang out of town actually rules. There are no open minded townspeople to be found here.

The Magnificent Swordsman is an example of how unsubtle use of certain traits from other movies is not a recipe for a lazy movie, provided the filmmakers themselves astutely juggle the old and new material. 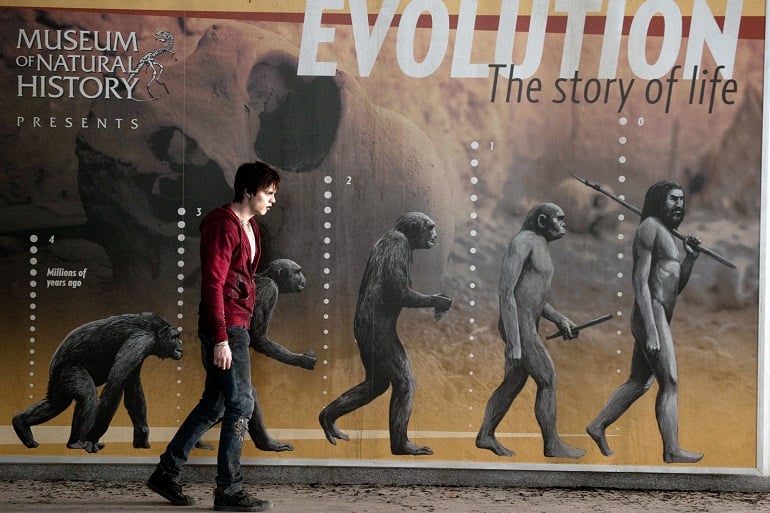 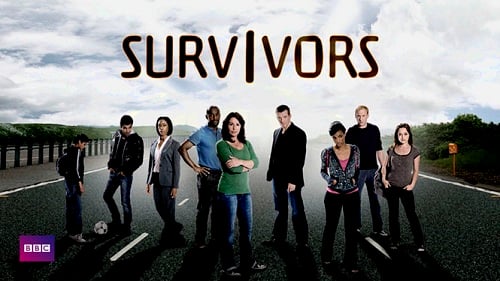