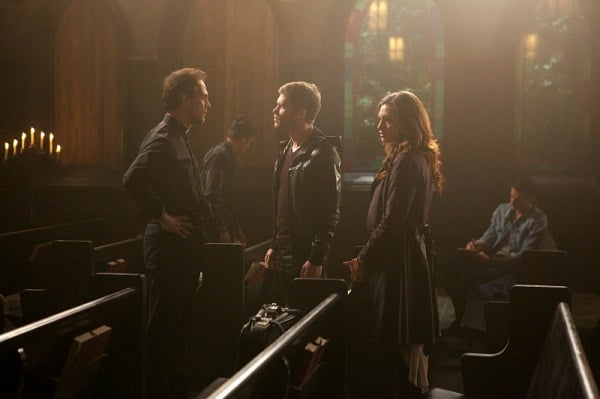 On this week’s The Originals, Elijah and Klaus assist Sophie in completing the witch’s harvest, Davina is overrun with power, Klaus and Marcel bicker over Davina’s future, Rebekah initiates her own plot with Sophie, and Hayley betrays Elijah.

Whenever a show is willing to kill off a major, and arguably beloved, character (especially halfway through the first season), it’s generally a surefire sign the show is in it for the long run. The no-one-is-safe mentality almost always provides high stakes where there might otherwise be none and lends seriousness to shows that may be lacking–though, to be fair, The Originals suffers from no shortage of angst and heartache. And, of course, this storytelling unpredictability draws viewers in.

So, gold star for The Originals–clearly the creators are willing to take risks for the sake of story, and the show’s blatantly gutsy move–one of the biggest highlights of a decent episode–bodes extremely well for the The Originals‘s future.

Anyway, onto the episode’s best scene, which takes place between a grieving Marcel and a heavy-hearted Klaus. Easily one of the most fascinating aspects of this show, Klaus and Marcel’s relationship has been equally antagonist and loving since the pilot. Sure, Marcel reluctantly joined forces with Klaus to protect their city, and we’ve seen several flashbacks illuminating the pair’s back story, but, for possibly the first time, the true depth of the relationship between the two is shown.

Of all the people Marcel could be comforted by, it’s Klaus who succeeds. This is an incredibly notable moment in the duo’s relationship. After watching the two battle one another for half a season, the moment is truly beautiful, and Joseph Morgan and Charles Michael Davis deliver powerhouse performances–more heartbreaking screen time for these two in the future, please.

Since “Après Moi, Le Déluge” revolves around the French Quarter witches, the writers and director take the opportunity to throw several clever little sight gags into the episode. When Davina begins vomiting dirt, and later water, it’s equal parts creepy and cool to watch. (Poor Danielle Campbell, though. That couldn’t have been a fun week of work.) Unfortunately, the storm raging during the episode is so obviously fake that it’s almost distracting during the episode–even magic lightning isn’t that meticulously timed.

One of the biggest weaknesses with magic in TV shows is always the magic’s finicky and logic-defying nature. Yeah, almost all shows tell stories that defy logic, but throwing in magic is often a bit too much of a leap to ask of the audience. The Originals tries to explain the magic in its universe, but, honestly, it’s downright impossible. Luckily, the show’s illogical magic doesn’t detract from the episode’s aforementioned heartbreaker of a death.

Though the start of this episode feels a little slow (despite the fake storm’s attempts to raise the stakes), it definitely redeems itself by episode’s end.

(Oh, and including a song by The National helps as well.) 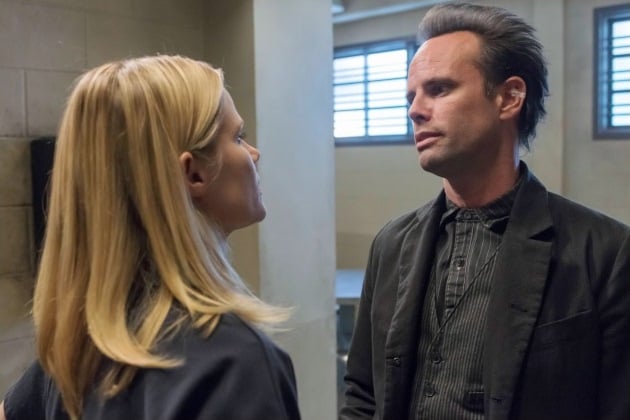