Home
Entertainment
The Originals, Ep. 1.21, “The Battle of New Orleans” is a disappointing, lackluster penultimate episode
Prev Article Next Article 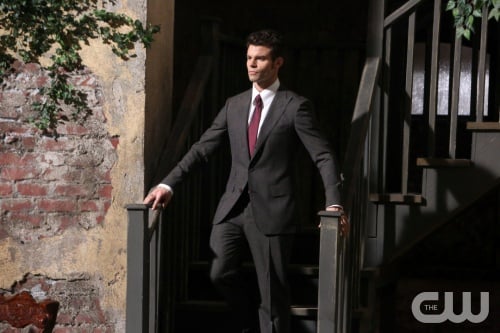 The Originals, Season 1, Episode 21, “The Battle of New Orleans”
Written by Charlie Charbonneau and Michael Narducci
Directed by Jeffrey Hunt
Airs Tuesdays at 8pm EST on The CW

On this week’s The Originals, Marcel uses some explosives and a couple of werewolf hostages to literally ignite a war, the witches seek a new ally, and Hayley struggles to protect her unborn child.

For a penultimate episode claiming to contain THE battle of New Orleans, “The Battle of New Orleans” feels a bit anticlimactic, especially following last week’s excellent day of peace/wake party. Though not necessarily bad, the episode simply doesn’t deliver an epic battle worthy of the build-up it’s been given.

Despite the lackluster action, the episode sets up next week’s season finale nicely, especially with its chill-inducing ending. Klaus and Hayley’s unborn child has, up until now, seemed relatively safe from harm despite numerous death threats and even an attempt on Hayley’s life; however, all the show had to do was make the parents simultaneously scream from fear and anger as the episode ends to make the stakes feel real. The show’s leading immortal vampires may be near invincible, but that child definitely is not, and “The Battle of New Orleans” makes that fact very, very real.

Looming death aside, the episode’s titular “battle” largely revolves around the ever-suave Elijah (“Gentlemen, shall we?”) tearing down a group of angry vampires in his own backyard. Though any screen time with Elijah is good screen time, the whole battle feels more like a teen son rebelling (on a much larger scale, of course) against his father, which it essentially is. We get it. Marcel is angry with Klaus, Klaus wants to protect his home, etc. Marcel, given his centuries of insider information, is uniquely positioned to wage war on Klaus, so why does he storm into the heart of the Quarter with no plan aside from ordering his minions to blatantly attack the originals? At what point in his lack of planning did he feel he stood any sort of chance? For shame, Marcel, you’re smarter than that.

The episode’s sole twist fortunately ties into the battle but unfortunately involves Francesca and Genevieve, arguably two of the worst characters on the show right now. Honestly, they’re just bad, and not even decent-villain bad. The Originals deserves a better class of villains (like, say, Mikael Mikaelson, who happens to still be around, or maybe even Davina, who happens to be a far better character than all of her witchy companions combined).

Honestly, the most exciting aspect of the looming finale is the safety of Klaus and Hayley’s baby–little else truly matters right now, especially the show’s ongoing supernatural political struggles (there’s always next season for that). Despite this episodes disappointing lack of payoff, next week’s finale does look promisingly exciting.


Prev Article Next Article
Tags:review, The Battle of New Orleans, The Originals