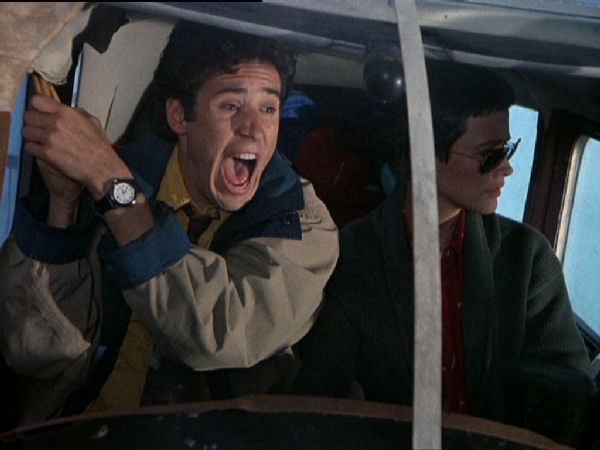 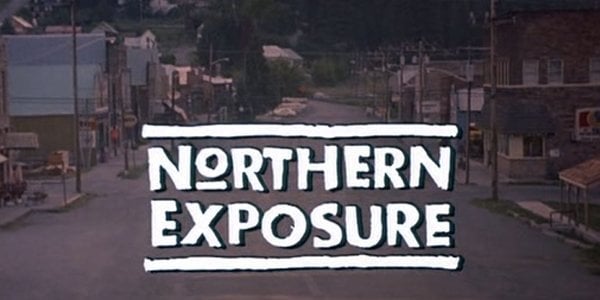 There are certain images that stick with me from my childhood TV consumption: turtles eating pizza in a sewer; Kevin Sorbo in leather pants; and a moose serenely walking down the street. The latter image is the opening to one of my favorite TV shows of all time – Northern Exposure. I didn’t remember much other than that moose until I watched the entire series on DVD several years ago. The re-discovered show was instantly a favorite for its consistently philosophical, yet comedic, treatment of the human condition. I still don’t run into many people who remember the dramedy. It seems to be largely forgotten, which is strange considering that it won two Peabody Awards and the series creators, Joshua Brand and John Falsey, and many of the show’s writers would go on to create and write episodes of The Sopranos. While my list of favorite shows continues to grow, Northern Exposure remains one of the most thoughtful and intelligent shows I have ever seen.

The premise of the show is the “fish out of water” story of Dr. Joel Fleischman (Rob Morrow), a New Yorker who misread his college student loan contract and is forced to cater to the eccentric inhabitants of a small Alaskan town for four years. This storyline seems simple enough, if not cliché, but in reality the show allowed for its many brilliant writers to let loose and explore human relationships. Episodes deal with topics ranging from art, mythology, death, and religion. Northern Exposure is infamous for its tendency toward the magical, and the narrative is never clear cut. Metaphors play out as if they are real; dreams are a source of truth; and magical realism reigns.

Although Joel is the protagonist and the audience-identification character, the show is more so a sociology experiment, documenting the impact of a range of characters on a New York doctor in Alaska, rather than a sheer chronicle of his personal trials and tribulations. As the show progresses, more attention is paid to the unique cast of characters in Cicely, Alaska. Bush pilot and Joel’s landlady Maggie O’Connell (Janine Turner) provides a tension-filled romance storyline. Former astronaut Maurice Minnifield (Barry Corbin) squashes all hope of Joel foregoing his stint as an Alaskan physician. Aspiring filmmaker Ed Chigliak (Darren E. Burrows) is the epitome of youthful naiveté. And Joel’s receptionist, Marilyn Whirlwind (Elaine Miles), introduces him to Native American customs and spirituality.

And what better setting than the wilds of Alaska to explore the beauty in all things. Unlike show contemporary Seinfeld, which focuses on misfit friends in the largest metropolis in the world, Northern Exposure features wildly clashing eccentrics from every walk of life coming together in the backwoods of Alaska. It is this heterogeneity of characters that allows the show to explore the clash of cultures and the nature of coexistence, with beauty often unexpectedly rising to the fore. Truly, there are moments of sublime beauty in Northern Exposure. The episode “Northern Lights” ends with thousands of lights collected together by the townspeople shining in the dark of winter and a moving speech on the human need for light. 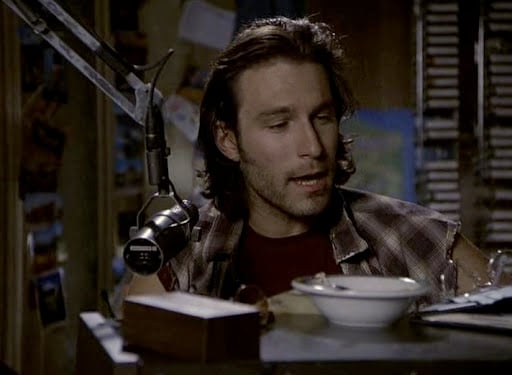 My favorite moments in the show come when the writers wax philosophical, typically through the character of Chris Stevens (John Corbett). Chris is an ex-con from West Virginia and the DJ for Cicely’s KBHR (“K-Bear”) radio station. Likely the most unorthodox DJ on the radio, Chris reads from Nietzsche and Jung and adds some of his own self-taught philosophy to the mix. One of my favorite episodes, “Burning Down the House,” sees Chris at a loss for mental stimulation. Seeking catharsis through performance art, he builds a trebuchet and, after deciding against using a cow (Monty Python had “already painted that picture”), flings a piano. The piano is doubly important as the projectile and as the only surviving item from Maggie’s burned home. This moment is truly representative of the show, which at its best is an exercise in cathartic release. As Chris says, “It’s not the thing you fling. It’s the fling itself.” Characters fight and tension builds, but episodes always end in poetic resolution. 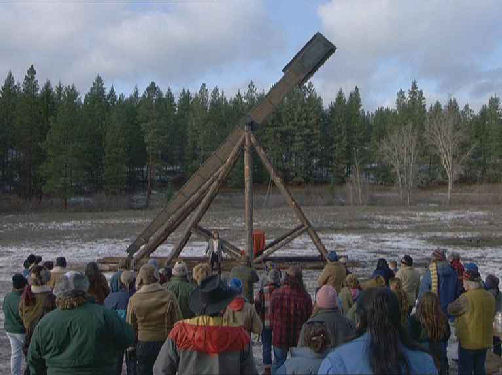