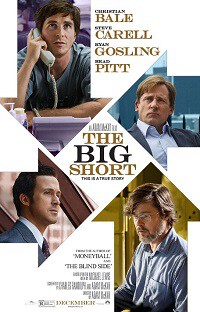 The Big Short is a work of seething rage and trampled idealism. Modern cinema finds both commodities in short supply, which might explain why Adam McKay’s film feels so different. This stinging indictment of the banking and housing industries is a less an explanation for 2008’s global economic collapse than a warning for the next inevitable disaster. It sucks you in with its sardonic charm and then administers a systematic coup de grâce that leaves you trembling with anger. Easily one of 2015’s best written films.

This year hasn’t produced a funnier hour of cinema than the opening half of The Big Short. One liners, non sequiturs, and enough fourth wall demolition to make Scorsese jealous keep the laughs popping. Adam McKay introduces a rogue’s gallery of “heroes” who were all prescient enough to foresee the devastating housing and credit bubble of 2008. By creating a ‘credit default swap’ stock, these investment bankers were able to bet against the previously-infallible housing market and financially profit from the corruption that (temporarily) destroyed their own profession.

If all of that sounds too complicated to be entertaining, don’t worry… here’s Margot Robbie in a bubble bath to explain the intricacies of collateralized debt obligation (CDO). No, really. Margot Robbie in a bubble bath is dispatched to explain complicated financial concepts. It’s one of several hilarious (and surprisingly effective) cameos that make for a lively flow of information. More than a cheap gimmick, it’s McKay’s way of simultaneously instructing and patronizing his audience; if citizens were savvier, dangerous traps like sub-prime lending wouldn’t be so enticing. 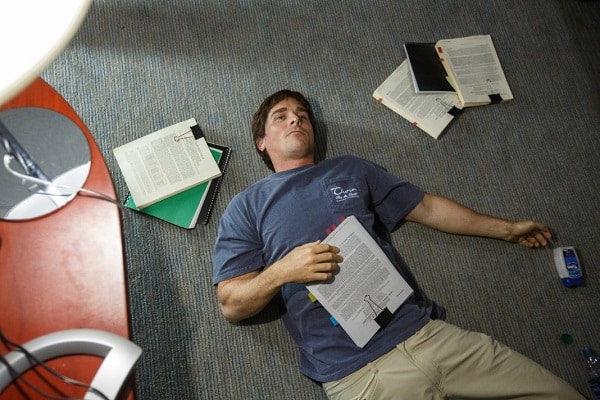 Like any self-respecting outlaw, all of these characters fancy themselves men of principle.   Dr. Michael Burry (Christian Bale) is a former neurologist who is a savant with numbers and an idiot with humans. “I like your hair,” he compliments a prospective employee. “Did you cut it yourself?” This is Bale at his twitchy, irascible best; barely containing his vulnerability and self-hatred beneath a veneer of crass brilliance.

Though they don’t share any scenes, the detachment of Burry is the perfect foil for the unmitigated passion of Mark Baum (Steve Carell playing a character styled on real-life money manager, Steve Eisman). Baum is a straight shooter who never met a man he couldn’t offend or a financial market he couldn’t decipher. By cleverly using Burry and Baum to deconstruct financial Armageddon, The Big Short can look at the phenomenon both dispassionately and emotionally. 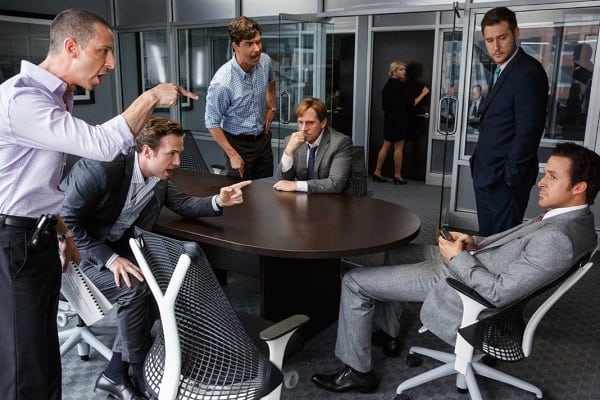 After meeting all the key players, including a paranoid economic guru (Brad Pitt) who left the game to invest in seed futures, as wells as a weaselly insider trying to play both sides of the game (Ryan Gosling), things take a decidedly darker turn in the film’s second half. When hardened cynics are left genuinely gob smacked by the level of corruption, you know the system has spun completely out of control. McKay and his co-writer, Charles Randolph, go down the rabbit hole with a series of increasingly-slimy scoundrels that make you long for the carefree days of used car salesmen and insurance claim adjusters.

Stylistically, The Big Short feels like a first cousin to The Wolf of Wall Street. Its irreverent tone and kitchen-sink approach to editing keep things moving at a dizzying pace. This audacious approach serves the material perfectly, as we’d most certainly be crying if we weren’t laughing so hard. The brilliant script loses a bit of satirical steam in the final act, but that’s only because it’s sharpening its scalpel for the autopsy. The satisfaction we normally draw from a victorious hero is tempered by the realization that it took global catastrophe to vindicate our prophetic heroes. There are no winners here, just opportunistic men who weren’t completely blinded by their own greed. 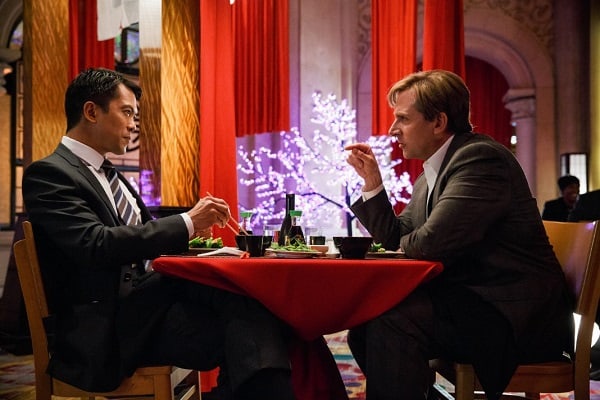 The ensemble cast shines from top to bottom. It’s heartening to watch an A-list actor like Pitt slumming it in a bit part, or to see a heartthrob like Gosling willing to look so unglamorous. Rafe Spall and Jeremy Strong give strong performances as Baum’s economic bulldogs, and Byron Mann epitomizes the sneering, amoral face of financial chaos in one brief scene. Sadly, there’s not much room for female involvement in this man’s world of high finance, but the writers must be commended for not shoehorning a lackluster family sub-plot into the proceedings.

The ultimate brilliance of The Big Short is that it gives the illusion of righteousness where none actually exists. For all of their moralizing and handwringing, the only reason our heroes prevail is because everyone else loses. Likewise, you can’t root against the villains because your dreams were predicated upon their lies. An unnamed source is quoted early in the film as saying, “Truth is like poetry, and most people hate fucking poetry.” The Big Short expertly makes that poetry funny, even if the truth is just as unpalatable.