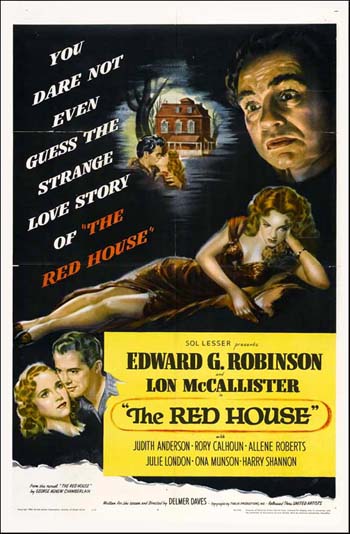 Written and directed by Delmer Daves

*It should be noted that in order to properly analyze the heart of the picture’s themes, certain important plot points are divulged in the review below.

Sequestered away from most of the town they live in, the Morgan’s operate a modest but efficient little farm. Patriarch Pete (Edward G. Robinson), slightly handicapped by a wooden leg resulting from an incident many years ago, remains hard at work but evidently could use some assistance. Enter young Nath Storm (Lon McCallister), a boy from school that Pete’s shy adopted daughter, Meg (Allene Roberts) befriends and fancies. Meg introduces Nath to Pete, the latter reluctantly agreeing to give the youth a job. Whilst the first day goes swimmingly, that evening proves the fire starter that complicates each of their lives. Nath insists on taking a short cut through the woods, something Pete strongly urges against, claiming it as dangerous with some rather opaque threats. Pete’s warnings turn out to be true, as the odd wind howls and treacherous paths force Nath to head back and spend the night at the Morgan’s. Nath and Meg are smart kids however and rightfully suspect Pete to be hiding something in the woods, but what?

Delmer Daves, who both wrote and directed The Red House, blends some terrific ingredients into the movie, pushing some boundaries of what people sought after in their stories back in 1947 all the while playing to the strengths of his leading man, the legendary Edward G. Robinson. So much so does the picture take a sharp turn into some less than savoury topics in the second half that one wonders how is it that the movie is not more regularly cited when discussing the actor’s oeuvre in the modern conversation. Perhaps it is just that, the controversial subject matter that rears its ugly head as the story reaches its climax, that scares people off. Perhaps it is the fact that, sadly, as the plot moves forward and characters, most notably Meg and Nath, probe Pete for answers to his irregular behaviour, the secret of the nearby woods is spelled out in clear cut fashion (or as close as possible) before Nathan and Meg finally reach their mysterious destination amongst the towering trees in the film’s final minutes.

See also  'Twilight Zone' #12 shows the difference of one life 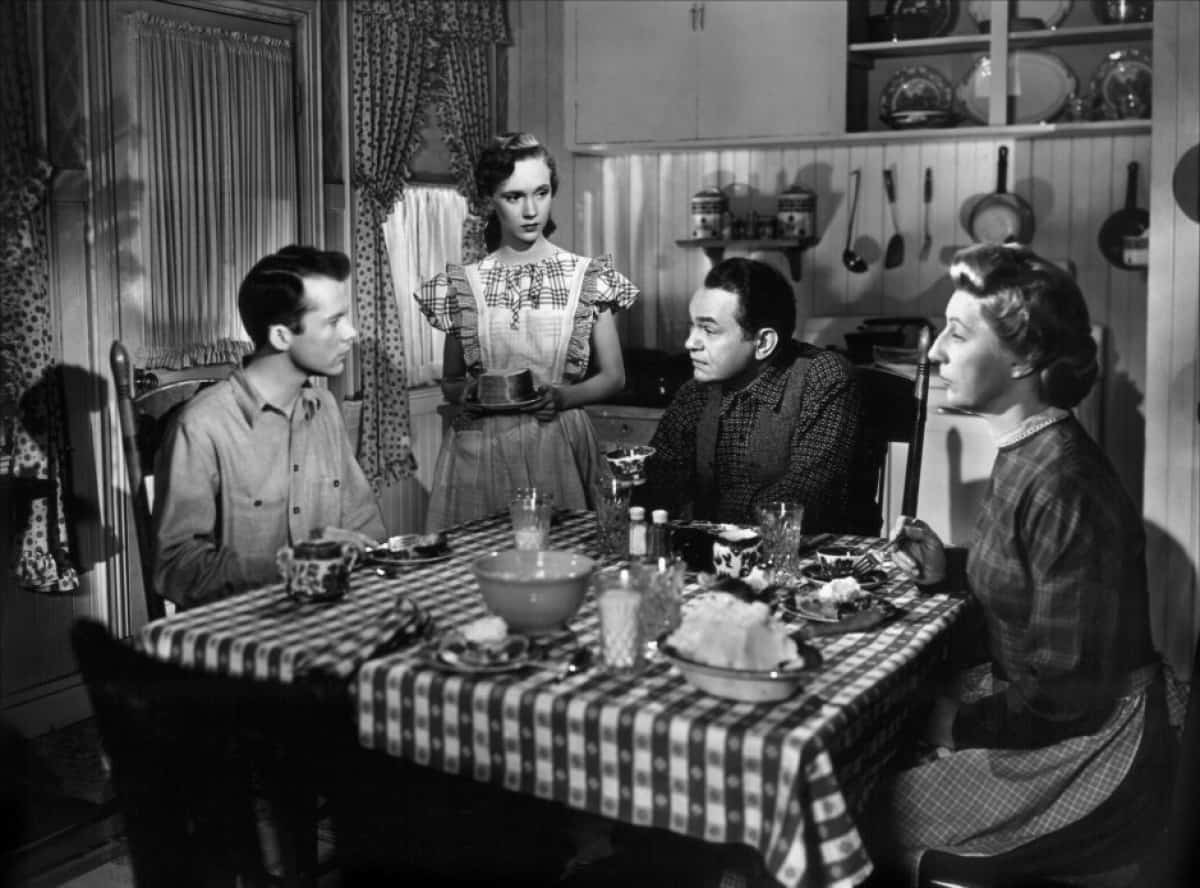 While the latter argument is justifiable and, it should be noted, a disappointing aspect to Daves’ picture, the former is not. Quite the contrary, the skin crawling nature of Pete’s obsession with protecting the secret only he and sister Ellen (Judith Anderson) are privy to (his sister not being nearly as draconian in how said secret is protected however) is bold and unexpected. When it becomes apparent that Pete is fighting the urge to embrace his past, one that resulted in the murder of the woman he loved, Meg’s natural mother no less, something in him snaps. This something is a blinding passion for Meg’s long deceased mother that bleeds into the protection he wishes to afford Meg. The crucial aspect is that said protection is not necessarily from any ordinary physical dangers, but rather from the very past Pete refuses to divulge. As the emotions run higher and higher, Pete begins to confound Meg with her mother.

In order for the viewer to go along with this unnerving sexual undertone, they have to take a certain leap of faith. After all, after so many years, why would Pete suddenly begin to call out Meg by using her mother’s given name? On paper, it is a bit far fetched, but what if those insidious thoughts had merely remained dormant for many years, awoken by Nath and Nath and Meg’s precipitous adventurism? Since his only link to his former love is that same person’s daughter, the Freudian slips begin to make more sense, even though they are greatly heightened for dramatic effect. Even though Meg is Pete’s adoptive daughter, no blood relation whatsoever, it is extraordinarily difficult not to read the protagonist-turned-antagonist’s behaviour as incestuous. The Red House’s final third is a miserable mélange of all things most would much rather sweep under the rug and never discuss, a lot like Pete himself.

See also  'Paper Girls' #1: Where are you going, where have you been? 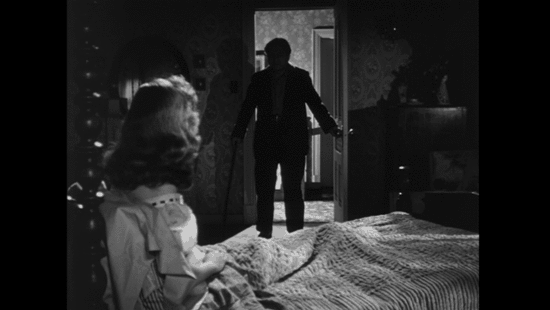 Whereas the script operates as the backbone of the film’s thematic texture, star Edward G. Robinson brings it all home in a commanding performance, on par with some of the very best stuff he ever partook in. His ability to turn on a switch, from docile and easy going, to hyper violent in an instant is enough to send shivers down one’s spine. His outbursts are impressive, which is saying something considering that the actor is mostly known for playing the dastardly gangster Little Rico in Little Caesar. Supporting him is an excellent turn from Allene Roberts as Meg, a young woman fighting her own shyness against a burning desire to turn her friendship with Nath into something more, not to mention somehow outdo her adoptive father’s over-protective ways. It’s a strong performance, one that brings out both the strength and vulnerability of her highly nuanced role.

Some praise should be awarded to the people involved in crafting the film’s look, such as cinematographer Bert Glennon. The Red House, while not set in a large metropolitan area like most films noir are, benefits from hefty dose of excellent lighting and set design that do wonders in presenting a dichotomous world in which beauty is savagely juxtaposed alongside horrors, both real and imagined. Much like in the recent Tarantino film, The Hateful Eight, a beautifully realized, old wooden building that keeps a secret is ultimately at the centre of everyone’s attention, yet anyone that dares urge towards it, be it by happenstance or by necessity, crosses danger along the way. The night time scenes when Nath or Meg (sometimes both together) make their way through the woods in the hopes of locating the house are spectacularly spooky, featuring a play of light and shadow that would fit comfortably in a classic ghost story.

While not Edward G. Robinson’s most recognizable project, The Red House is a special piece of acting that sees him take on an emotionally challenging role. Delmer Daves would direct two megastars of the era, Humphrey Bogart and Lauren Bacall, that same year in The Dark Passage, so he was quite familiar with what really tapped into film noir even though his movies took noticeably different routes to tell those types of yarns. The Red House is atypical, both within the movement and in Robinson’s filmography, but sometimes changing the rules of the game provides one with a different appreciation for the game itself.