The cold opening of episode four ties to The Strain in three different ways. The black-and-white lucha libre B-horror and the present day horror drama series share the same major conflict: human vs. vampire. As the brass instruments that are characteristic of a B-horror soundtrack blare, the title card makes the connection obvious: “ANGEL CONTRA EL VAMPIRO MALDITO,” translated as “Angel vs. The Vampires.” The post-vignette scene also introduces us to a new character: Angel, a Harlem tandoori restaurant dishwasher and former luchador/movie star, who spends his time outside of work being the lone spectator of his past. The third connection requires a critical understanding of a very niche form of entertainment: professional wrestling.

At its core, professional wrestling is a morality play. The tecnico (the lucha libre term for “babyface,” or the hero) el Angel de la Plata, who protects his identity in an ethereal silver mask and matching trunks, takes a stand against the scheming rudo (“heel”, or, the villain) Vampiro Maldito, his dark cape decorated with the silhouette of a bat. The battle for physical supremacy spills outside of the ring when the unmasked Vampiro bares his fangs and shapeshifts into a creature of the night to flee the squared circle. Though he is heavily outnumbered by the vampire’s army, Angel pursues evil in the name of righteousness, just as Abraham has sacrificed his life fighting to vanquish The Master in spite of Evil’s army of strigoi drones dwarfing his team.

Fet’s alignment to the team is weakening as he chooses to restrict the ease of access that the strigoi have to Red Hook, Brooklyn. Although his intentions are good, he also closes off an escape route for Manhattan’s remaining human population. His lone action severs him from the team both ethically and physically, as the authorities accost him. Ethical differences between the supposed allies are made clear in each episode, providing no shortage of conflict. Earlier this season, Ephraim and Nora asked for the consent of the human McGeevers to experiment on them as strigoi. Here, Fet expresses his desire to blow up a subway station for the greater good and is met with opposition, but his actions also set him up for an alliance with Councilwoman Feraldo, who is on the rise to the top of the political scene with her tough tactics. In both instances, they believe that they are doing the right thing (morally) by protecting humans, but they are making safety a privilege. As both humanity and human institutions continue to lose the fight (such as Bolivar leading an attack on the city’s top bankers), there will be more room to explore the series’ handle on the ethical differences between Feraldo and Fet and the other humans who fight strigoi. Abraham and company may be losing Fet, but Fitzwilliam is lined up to replace the brawler on the roster of the ethical good guys.

The question of how much of the human remains in the strigoi is touched upon again this week. The released Mr. McGeever navigates to a psychiatric center where documents Nora finds suggest that he had spent time during his human life. Upon Gus’s return to his Harlem apartment, he is confronted by The Master through the body of his mother (meaning that he must see Gus as a threat), using her feelings of disappointment and “animal love” to taunt him. Mr. McGeever’s return to a familiar psychiatric center and Kelly’s desire to find her son both strengthen the theory that visages of the former human remain within some strigoi. For others, the missing persons posters that overlap each other on every electrical post are their only human connection.

Though The Strain removes itself from the often-shallow frills and pageantry of “sports entertainment,” the inclusion of a former luchador fits in quite beautifully. Angel’s cinematic career is not unrealistic. The reverence of luchadors in Mexican culture at one point sparked a movement of lucha libre movies with conflicts of human vs. vampire and other types of evil creatures (as an aside, readers who are interested in learning more about this topic should check out the book Mexploitation Cinema: A Critical History of Mexican Vampire Wrestler, Ape-Man and Similar Films, 1957-1977). Although Angel denied his identity to Gus this week, it looks like the beginning of a joint redemption arc for the two: Gus, who has finally declared that he’ll be setting his own direction and Angel, who may make a hero of himself off the silver screen. 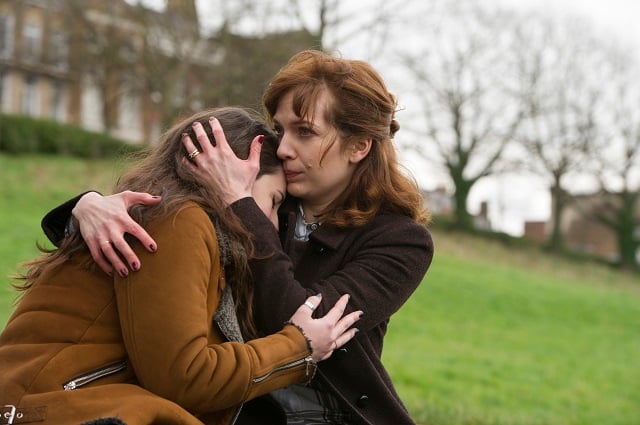 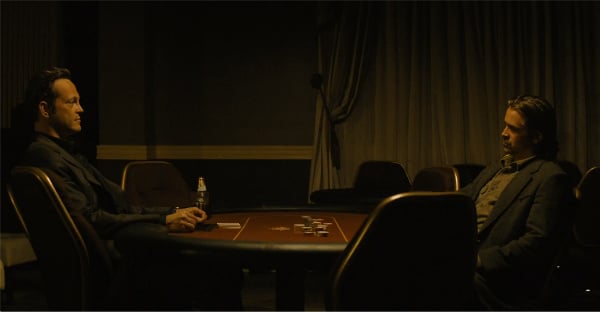