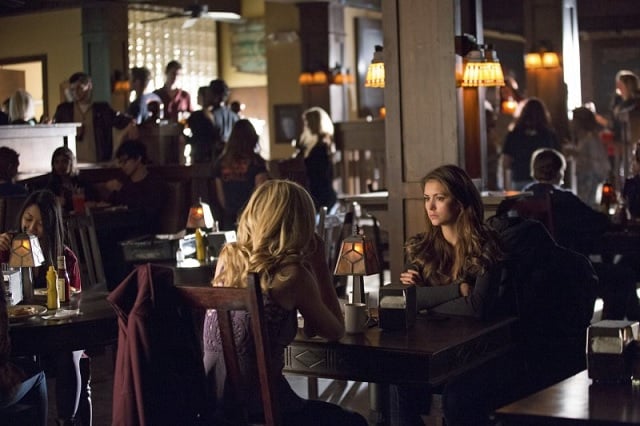 The deaths of both Silas and Ayana earlier in the season put Elena in the unique position of being the world’s last doppelganger of her kind. As the Travelers indicated, however, Stefan was not the last doppelganger from the Silas line, a situation that had changed by the time Caroline and Enzo returned from Atlanta. This week’s episode explores one of the side effects of the duo’s status, in an entertaining outing that helps establish the extent of the new threat against the Mystic Falls group.

The emergence of the Travelers as a primary threat is a strong aspect of this week’s episode. While the Travelers have been around since the beginning of the season, they have mostly been either support for antagonists such as Dr. Maxfield and Nadia Petrova, or easily vanquished by supernatural entities such as Silas. Their resilience, however, makes them a great new threat to the Mystic Falls group, as they’re foes the group has encountered before, but not worried about. One possible issue with this would have been the fact that individuals such as Silas, who have fought and won against the Travelers, have in turn been vanquished. However, Markos’ ability to effectively cross over, along with the Travelers’ plans to hide amongst friends and family, proves that the Travelers are more powerful, and more cunning, than they have appeared in the past. With Liv and Luke still unable to earn the complete trust of the Mystic Falls group, it will be intriguing to see how they fight the impending Traveler threat, particularly as people close to them end up compromised. How Jeremy’s Hunter status plays into the proceedings will also be worth keeping an eye on. Despite his status making him immune to the Travelers, he has yet to be an active participant in the fight against them. However, the Travelers themselves have not gone after Jeremy despite his closeness to one of the doppelgangers. This may mean they are either unaware of him, or dismissive of him, either of which would give Jeremy an advantage when he inevitably squares off against them. 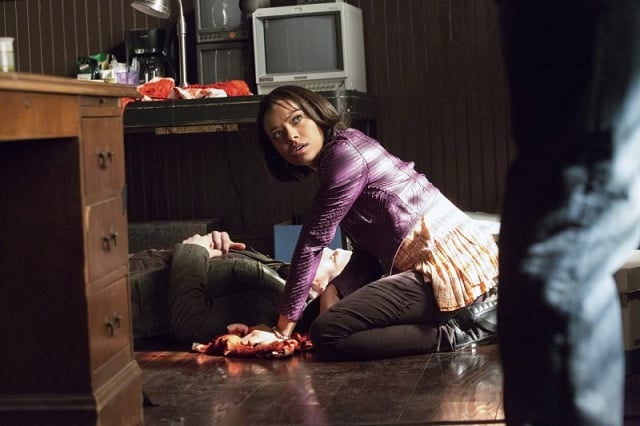 The instability of the other side that is displayed this week is also a fascinating development. Matt’s time on the other side of the veil is appropriately unnerving, and certain actions are reminiscent of Katherine’s sudden disappearance. The instability of the other side appearing in conjunction with Markos’ appearance in the land of the living cannot be a coincidence, and it will be worth keeping an eye on this storyline to see how it unfolds. While it’s possible that the Travelers themselves are responsible for this occurrence, the possibility of a larger entity at play can also not be discounted, and either possibility promises to be exciting to watch. It will also be interesting to see how the characters on the other side of the veil continue to react to the situation around them. While they are currently acting with apprehension, it’s not impossible to imagine that some individuals will see the need to fight back against the forces attacking them, or try to help the Mystic Falls group, and hope that their victory restores balance and stability. Markos’ successful travel against the stream is also likely to embolden others to try the same method to regain life again. With this option now on the table, whether others try to take advantage of any possible weakness in Bonnie to get through, and how Bonnie deals with it, has the potential to be a compelling story.

Overall, this is a strong lead-in to the season’s final stretch. It’s nice to see Enzo now firmly entrenched in Mystic Falls, with Caroline somewhat beginning to warm up to him. With no real connection to the place outside of Damon and the Travelers, what role Enzo plays in future conflicts will be worth keeping an eye on, as his lack of investment could make him either a potentially valuable ally, or an untrustworthy wild card. It’s good to see some of the underserved characters from the season, such as Bonnie, Jeremy, and Matt, get individual storylines this week, all of which promise to lead to important factors. The differences in the current relationship between Stefan & Elena and Damon & Elena work well as a stark illustration of how the two brothers differ in their reaction to similar situations. The side effect of Elena and Stefan being the last of the doppelgangers is a nice way to show the unique position Elena and Stefan are in, and it will be intriguing to see if the duo suffer any further side effects. How the group goes about tackling the Travelers, as well as what steps they take to stabilise the other side of the veil, will be worth watching for as the season continues.