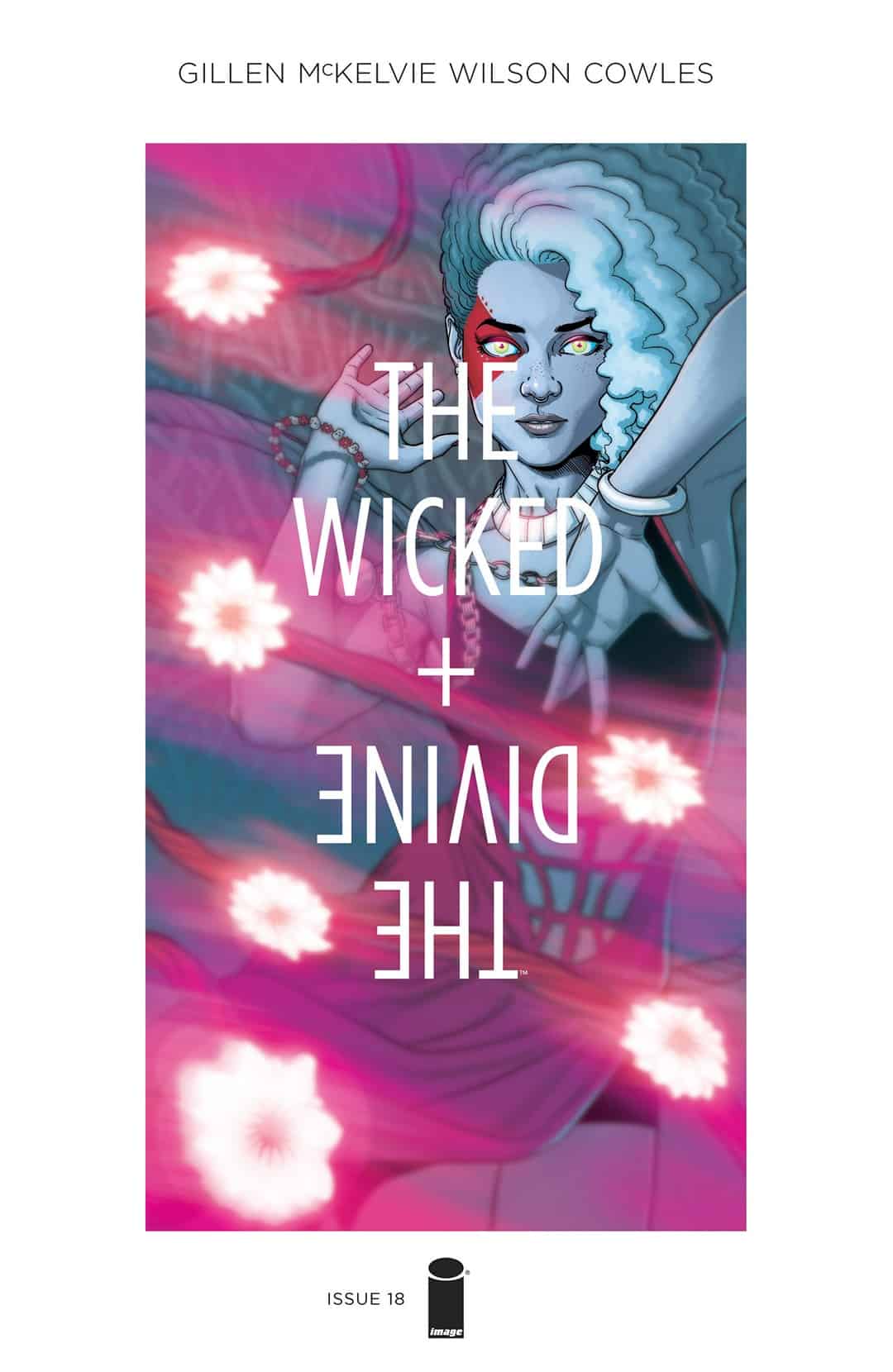 Persephone is back, and to paraphrase the theme of The Phenomenal One, Ananke don’t want none.

After taking a three month break, The Wicked + The Divine returns with the start of a new arc titled ‘Rising Action.’ Which is an apt description based on this issue alone. Gillen describes it as “Taylor Swift’s ‘Bad Blood’ video for five issues,” which is also an apt description. For some readers though, this issue might bring flashbacks to the team’s run on Young Avengers with its high paced action scenes. While The Wicked + The Divine has always been an explosive book (sometimes literally), the amount of action in this issue can sometimes be jarring. However, it does work to throw the reader right back into the story after the more quiet and emotional period of ‘Commercial Suicide.’ Not to mention rattling the cage enough to spread pieces to be picked up as the story moves along.

While the return of Laura as Persephone aka ‘The Destroyer’ is a major driving force of this issue, Minerva seems to be a central figure to the story. Opening on her 13th birthday, both the Underworld Gods, the Gods of Valhalla and her parents seem intent on using her for their own devices. While it remains to be seen if it stays that way for the rest of the arc, it reminds of just how tragic her character is. Destined to die before 14 and to be used and lied to by everyone around her. And you thought your early teens were rough.

The art in this issue is gorgeous as usual, with McKelvie returning as the full-time artist after taking a break during ‘Commercial Suicide’ to focus on the final arc of Phonogram. While the more experimental turns were fun to see during that arc, it is nice to see McKelvie and Wilson back at the helm. Wilson especially brings the game hard with a level of ethereal color that while it doesn’t quite rise to the level of the living drug trip in #9, the way the pages seem to glow doesn’t seem possible. It’s especially complimentary to McKelvie’s updated designs for Laura and Sakhmet. Baal just gets a beard in the passing of time though.

While the tone of this arc will take some getting used to, The Wicked + The Divine #18 certainly makes a mark in driving the story forward after ‘Commercial Suicide.’ With fast-paced superhero action, questions being dropped along the way, and gorgeous art and color, it’s good to see the series back to its old ways.