Tu dors Nicole is the newest feature film from Quebec filmmaker Stéphane Lafleur. The film premiered at the Director’s Fortnight at Cannes, a section specifically focused on emerging auteurs of the screen. Nicole (Julianne Côté)  is 22 years old and is house-sitting while her parents are on vacation. She spends most of her days wandering aimlessly with her friend, Veronique. The atmosphere of ennui, though, is loudly interrupted when her brother and his band arrive, setting up shop in the family living room. The film explores the aimless summers of youth and the seemingly directionless future that awaits the young Nicole. She is withdrawn and sullen, but through a quiet surrealism Lafleur peels back the layers, evoking a sense of phantasmagoria, where reality and dream exist simultaneously.

Intentionally or not, Lafleur’s film quickly harkens back to another Quebec film about a pivotal youthful summer — where perhaps not much happens, but internally the characters’ lives are forever transformed. Michel Brault’s 1964 “documentary” film, Le temps perdu, is about that transition; it is the story of a group of teenage girls and a summer in the Laurentians with their parents. The film treads a fine line between reality and fiction; much of the film improvised and based on the girl’s real conversations, it is nonetheless heavily constructed and manipulated by Brault. Made in the style of cinema vérité, the film is shot in evocative black and white and is shot with an emotional intimacy, full of close-ups and movement.

There is a lot of groundwork done in Brault’s film that we can feel in Tu dors Nicole, from the narrative (familiar or not) of lost youth to the black and white style. We even have a similar confusion: where Brault’s film blends documentary and fiction, this film blends reality and dreams. Nicole is not quite adolescent in the way the girls in Brault’s film are. She is 22 years old, most of her friends have their own apartments, and her ex-boyfriend is about to get married; she is a dreaded millennial who never seems able to grow up. While the film’s title evokes a literal struggle that Nicole faces through insomnia, it seems to also be that parental tone that is bouncing around Nicole’s mind screaming at her to wake up and take hold of her life. 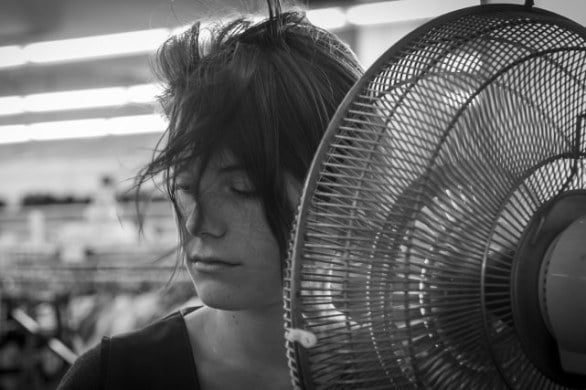 Lafleur also foregoes the more intimate style of Brault’s filmmaking for something both abstract and surreal. Early scenes feature Nicole returning home after a one night stand; she enters the family living room but she steps outside of the shot. She is never central, never direct, always at the peripheries as if her body lacks precedence in contrast to her family’s tacky design choices. Space exists beyond the characters, and it is not unusual that they take precedence over the action or emotions that are taking place. This reflects the sort of disembodiment that Nicole occasionally experiences, a sort of lack of connection to the world around her and the realities of growing up.

The film has some of the most beautiful cinematography of the year, and is shot with black and white film. Cinematographer Sara Mishara (who is also responsible for some of the other most visually evocative Quebec films of recent years) approaches darkness with fearlessness, with many scenes using natural or unique light sources. The effect is one that evokes the fading days of summer, that encroaching darkness that hits towards the coming autumn, as the days become shorter and the nights cooler.

Occasionally the mundane is interrupted by surreal evocations; sound and images break from normality to inspire the universe of dreams. We are never on solid ground and in particular when Nicole finds herself increasingly isolated. However, surrealism is not used to inspire a flight of the imagination or a freedom of spirit. These experiences don’t necessarily bring richness to Nicole’s life, as much as they serve as helpful interruptions to her boredom and the promise that sleep awaits, and with sleep we find our dreams.

Perhaps the most striking and consistent presence of surrealism comes through with the young character Martin. Martin is a young boy who Nicole used to babysit and is constantly trying to win her affection. He has the appearance of Justin Bieber at the beginning of his career but with a frailer, less confident build. Puberty hit his voice prematurely, and when he speaks his tone brings to mind the elegance of a Quebecois James Mason. Martin becomes a consistent fixture in Nicole’s life and serves almost as a mirror to the dissonance between expectation and reality, and a sort of retarded development that keeps her from flourishing and achieving whatever dreams she may have. 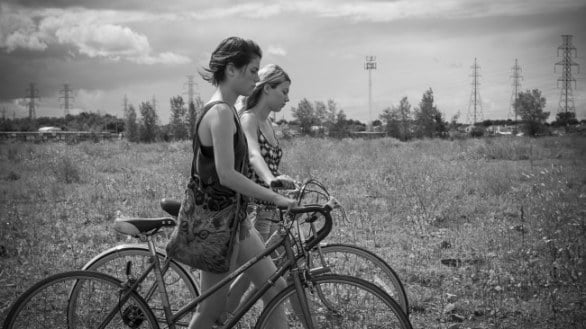 At the heart of the film is Julianne Côté’s beautifully restrained performance. She rarely smiles and her face is fixed in a blank indifference. Nonetheless, there is something about her gaze that draws the audience in. We understand that the breaks in reality are reflections of her point of view, and we see beyond her blank stare the potential for such imagination and adventure. The rest of the cast shines around her, bringing personality to her world. In many ways, it is as if everyone but Nicole should be the subject of the film. All of them are experiencing change, or are undertaking an important part of their journey; Nicole’s life, on the other hand, is at a standstill.

In many ways, this film figures in the current trend of films exploring the aimlessness of the millennial generation. This one is perhaps a little more Quebecois, and a little more feminine. Lafleur’s elegant direction suggests a landscape paved from the imagination of a bored girl with no real dreams for tomorrow. The surreal embellishments emerge as frustrated impulses of her lack of ambition and drive. Tu dors Nicole will surely rank among the best Canadian films by year’s end, presenting a unique and compelling portrait of youthful ennui. 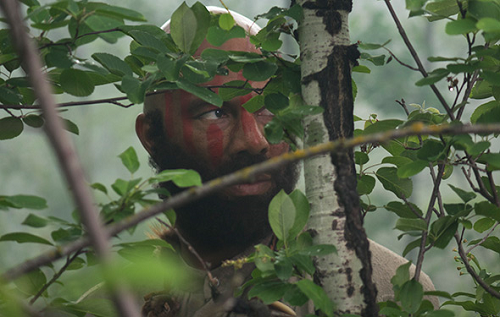 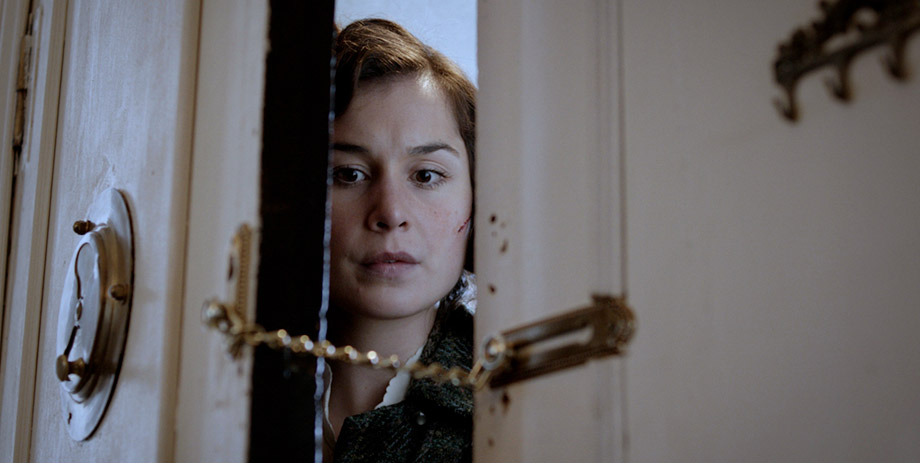