Tom Clancy’s The Division open beta
Developed by Ubisoft Massive
Published by Ubisoft
Available on PlayStation 4, Xbox One, and PC

The Division, the latest game by Ubisoft slapped with the Tom Clancy name, has been drawing a lot of comparisons to Destiny during its beta phase, predominantly because of its shoot-and-loot nature with a MMO-lite twist. While these comparisons are understandable and expected, they’re also a little disingenuous. Bungie, known for mixing a compelling story with tight and fast-paced action, promised consumers a richly detailed world and story worthy of a title like Destiny, only this time with MMO features. The end result was a mixed bag, as Bungie failed to deliver any sort of narrative that made sense but delivered on their promise of high octane action that could (and should) be played with friends. Ubisoft avoided, for the most part, marketing The Division as anything more than a shooter with a shared world feature and RPG mechanics. If the open beta is anything to go by, then Ubisoft has delivered in a way that Bungie failed to do, even if it doesn’t quite live up to the hype.

Starting out, the character creation tool doesn’t exactly make the finest first impression, coming off as lazy and tacked on more than designed with complete player control in mind. There are few presets or tools that make your character feel unique, especially when most of the accessories are locked during the beta. Though betas have always been known for saving features for full release by locking them, the decision to remove any sort of creative customization at the start feels misguided at best. It’s only when you enter the world itself that The Division starts to live up to its inherent potential. 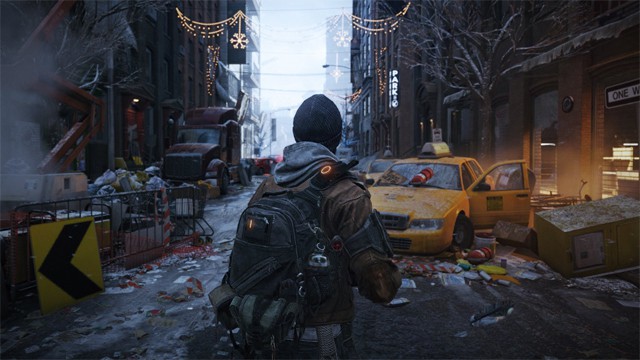 The combat, relying on a standard cover system that’s elevated by top-notch streamlining and a better-than-average tutorial, showcases the game’s true strengths. While the enemy A.I. is a tad clunky and overly predictable at times, the beta’s few boss fights are a more difficult affair. These more legendary enemies have shields and move more realistically.

The recoil for assault weapons is at its most realistic in The Division, and it’s clear that players are meant to actually take the time to formulate strategies and aim their weapon instead of the tried and tested method of spray-and-pray, especially in the PVP-heavy Dark Zones. The run and gun approach might work for Call of Duty, but here it will only result in a quick death and much-deserved mockery.

Speaking of Dark Zones, this is where most players will undoubtedly find themselves spending the majority of their play time. Using its own currency and ranking system that’s separate from the main game, the primary goal here is to find the best loot and extract it before other players lay claim to it. Those who prefer the lone wolf approach when dealing with enemy players may find themselves disappointed, as most strangers you come across will be in their own teams. An intelligent player properly utilizing the cover system could probably hold their own against a team, but The Division seems to function best when working in unison with someone else or multiple someone’s. 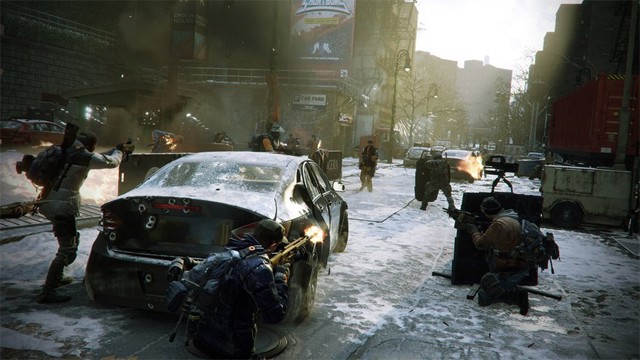 Not everything works in The Division, however, and the three class system is one feature that feels like a first draft of a good idea. Naturally, it’s hard to call it a total failure without having access to the complete game, but the skills offered in the beta feel compulsory, as if Ubisoft felt compelled to offer the most standard MMO tank-DPS-healer system they possibly could. Not that the three role system is itself flawed, but Ubisoft doesn’t even attempt to reinvent the wheel and it feels like a carbon copy of all the other class systems in most MMOs. If there’s one thing to be said for the mostly bland system, however, it’s how well-designed it is for team play in mind. One skill in the healer class is the ability to send a pulse that detects enemies so you can inform your teammates. It’s not a game-changing feature by any means, but the little things in The Division beta make the whole game a worthwhile experience, if not a flawed one.

If you’ve noticed by now that I haven’t really touched on The Division’s story, that’s because it doesn’t really feel like it has one. The first few missions that the beta offers are really nothing more than defend and fetch quests involving rescuing vital assets to establish a base of operations. The fact that the player character isn’t even graced with a voice illustrates just how much Ubisoft wants gamers to invest in the story. There’s the post-apocalyptic and gloomy visuals of the streets of New York – which are crowded with survivors that you can occasionally offer aid to in exchange for loot – and something about a smallpox virus released on Black Friday, but mostly players will be ignoring the story and dialogue aspects of The Division for the more finely tuned combat, expertly developed multiplayer, and fantastic graphics.

The Division releases in its entirety on March 8 on all platforms.