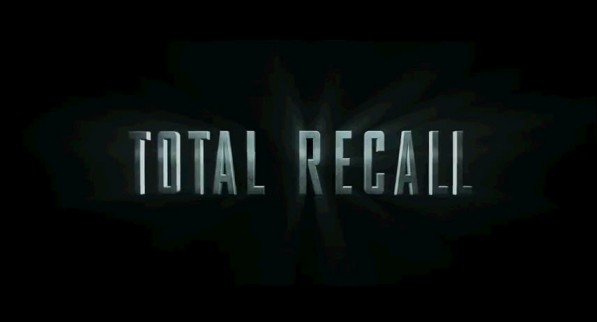 What a dark two months it has been.

After such a long absence, I began to question whether or not I’d ever have anything to write about again. To have such a passion for film, but struggle to find just one thing to write a few words on, is a terrifying thought, one that left me tossing and turning at night. But things have started to look up, and I have Total Recall to thank for that.

Of course, it’s nearly a week old at this point, and you might have even forgotten about it. But nevertheless, the first trailer for the Colin Farrell-starring, Len Wiseman-directed re-imagining of Paul Verhoeven’s action classic (which is itself inspired by a short story by Phillip K. Dick) is out there for everyone to see. The reaction, for the most part, appears to be mixed, but there may be a slight lean towards the positive spectrum. For those who like it, the consensus seems to be that it looks cool and entertaining, and that it’ll be a fun way to waste some time. But is that really good enough? I don’t want to knock the movie; I haven’t even seen it yet. But while some give it the thumbs up and wait in anticipation for the film’s release, I struggle to find anything worth getting excited about. And it’s not for lack of trying, the trailer does its best to show off all the high-octane action and cool camera tricks that it can without spoiling too much for the unfamiliar, but none of it pops.

Now I will admit, that this could absolutely be my issue, because I am a firm fan of Verhoeven’s film. Though honestly, I have no idea how anybody couldn’t be. Sure, it may not be the most intellectually stimulating film out there (you’re never likely to get something like that from a story that’s been re-written to accommodate Schwarzenegger), but it more than makes up for that. One of the things that make Verhoeven’s more action-oriented features classics is the amount of unapologetic glee that can be found in every facet. The violence is over-the-top, the acting is hammy, and there’s even some nice satire thrown in for good measure. Total Recall may not hold some of these elements to the same degree as something like Robocop or Starship Troopers, but they’re there and they’re a joy to watch. However, where Verhoeven succeeded in setting it apart, it looks as if Wiseman is looking to find success by emulating a nice chunk of films within the action scene today. More than anything, what I’ve seen reminds me of yet another film based on Dick’s work: Minority Report. But I also see some I, Robot, and maybe some Surrogates, and I might even throw a little Mass Effect in there for good measure. What we saw wasn’t anything more than a run-of-the-mill sci-fi actioner, with one or two visual cues so we could connect the dots. And you know something? I don’t really have much of an issue with that.

The fact is, sometimes we just want to shut off our brains and watch a couple people have a brawl, and that’s where competently made action flicks come in. Odds are it’ll only take a couple of hours for us to forget it, but it’ll do its job and we’ll be perfectly satisfied. If that’s what the studio wanted from it, and that’s what Wiseman and company set out to do, fine. But if that’s the case, then they should have gone elsewhere, because you don’t become a classic of the genre through a lack of staying power. It isn’t to say that the movie wouldn’t at least be entertaining; it’s just a question of why someone would bother to watch it when Paul Verhoeven and Arnold Schwarzenegger knocked it out of the park already.

So, how would I make it better? Most of the time I’d answer that question by saying “I wouldn’t make it at all,” but I feel like being adventurous today. I would absolutely make it, but more than anything else, I would be interested in doing a more faithful adaptation of Phillip K. Dick’s story. That would mean that the emphasis would be on the story and less on the gratuitous violence.  Most adaptations of his work don’t understand that, and as a result we get films like Next or Paycheck (sometimes a Blade Runner or Scanner Darkly slips through, but even then they deviate). Not to knock Verhoeven’s down a peg or two, as the story was definitely there. But it felt pushed aside, because the more time we spent listening to two characters have a dialogue, the less time we got to spend watching Arnold murder people. But if the minds behind this redo understood that Quaid (or Quall, as he is in the story) isn’t some muscular he-man or martial artist, but rather an everyday man in extraordinary and dangerous situation, it would be operating on a completely different (and potentially more interesting) plane.

But as it stands, I would be surprised if we got anything less than seventeen action sequences.