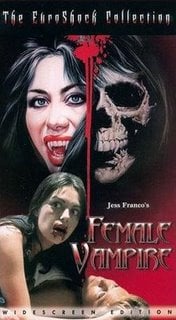 Body Count: Volume 8
One of the many disadvantages of living in a place like New Hamsphire is that you have to live on the edge vicariously through the lives of people who live closer to the action through correspondence so it was a while before I got into the depths of crazy horror movies. Though I’d been watching horror for years, we never had the convenience of one of those video stores that bought one of everything from their distributors and the horror sections around these parts were woefully understocked. If you wanted to watch A Nightmare on Elm Street 6, you could find it just about anywhere but if you wanted to go out on a limb and see something wildly exotic, you were screwed. Getting your hands on stuff bearing names like Lenzi, D’Amato and Deodato you had to drive into Boston and pay premium prices on factory pre-records and overpriced bootlegs. So when affordable dial-up internet access came along in 1994, I snatched that up immediately, headed to the search engines I’d been reading about in Mondo 2000 and entered the following search string: “splatter movies”. An entirely new world was opened up to me.
My journey began with the most taboo shit I could find. I established a reasonably good reputation as a video trader early on and amassed a respectable trade list that ensured access to just about anything I wanted. Accidentally buying a copy of Jess Franco’s then extremely rare, Female Vampire, meant that I could have whatever I wanted and that meant cannibal movies. The seriously malicious splatter found in those maneaters was like nothing I’d ever seen. These days I couldn’t care less about cannibal movies because my feeling is that if you’ve seen one, you’ve pretty much seen them all. But how they started and why they became such a force in the genre is a mystery to me. Very few of them are actually any good and even fewer bothered to push the boundaries. So here’s an overview of one of horror’s nastiest experiments. 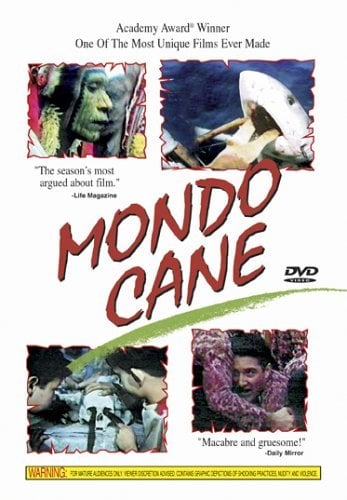 In 1962, Italian filmmakers Cavara, Jacopetti and Prosperi shot and released a new kind of documentary. They shot footage of foreign cultures and their strange customs, some of it violent, all of it meant to shock. They called it Mondo Cane and it came to represent a sort of western cultural slumming. Mondo Cane was massively popular at the box office and naturally it was responsible for huge wave of imitators. The Shocking Asia series and the Faces of Death movies were a product of this, but oddly enough, the public thirst for bug eaters and stone-age jungle tribes extended into fiction and an entire subgenre was born out of the Mondo popularity.
Cashing in on the populairty of the Mondos and the 1970 picture, A Man Called Horse, starring Richard Harris was the 1972 movie that really started it all, Umberto Lenzi’s, The Man From Deep River, starring genre vet, Ivan Rassimov. For all intents and purposes, it contains all the necessary ingredients to make an exploitation movie: It borrows the plot from another, more successful movie; it’s full of T&A and it’s pretty violent. The story concerns the ordeal of a westerner taking photos in Thailand who becomes the captive of a primitive tribe in the jungle. Ultimately he undergoes an initiation rite and becomes one of them, even marrying one of their women. Late in the movie, a rival tribe invades and are depicted eating one of their victims in a reasonably tame scene that director Lenzi has admitted was never meant to be the focus of the movie. The Man From Deep River is supposed to be the natural evolution of the Mondo but wound up inspiring a series of far more intense cannibal movies several years down the road. While Man From Deep River is considered tame by comparison to other cannibal movies, the ones to come were some of the genre’s most depraved troglodytes. 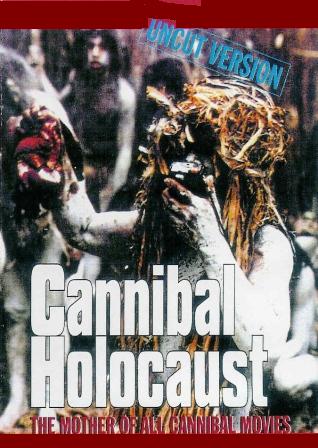 The cannibal idea went mostly silent for several years but came screaming back to life with Ruggero Deodato’s, Last Cannibal World. Deodato would make his mark several years later with Cannibal Holocaust, which is considered to be the king of castle, but in a lot of ways, Last Cannibal World is far harder. The rules had not yet been established so cannibals were in a state of anything goes, and they did. Last Cannibal World is among the nastiest movies ever made, featuring the necessary cannibalism, torture, sex and rape. It was originally intended to be Lenzi’s follow up to The Man From Deep River but the Italian film industry is a very fluid beast and things are always changing. This wound up in Deodato’s hands. Deodato, still early in his career and best known for poliziotteschi movies, pulled out all the stops to lay down the early boundaries for cannibals, which are few. It stars Ivan Rassimov and Me Me Lai, also from The Man From Deep River but is about the survival, capture and torture of the star, Massimo Foschi. The gore is explicit and constant. Nearly a third of the movie is without a word of dialog and is a string of absolutely rotten sadism. Of my search for the most offensive horror movies ever made, Last Cannibal World is among the most intense.
Others would throw their hats into the ring, such as Astride Masaccesi, better known to you and me as Joe D’Amato, whose blurring of the horrifying and erotic was often questionable but legendary among euro-sleaze fans. D’Amato is a Eurotrash journeyman, though, and among his expansive filmography of movies specifically horror and specifically pornography is the Black Emanuelle series which was often confused as to what sort of movie it was. Starring the unnaturally gorgreous Laura Gemser as the titular Emanuelle, D’Amato would underscore her deliriously sexy adventures with grotesqueries of snuff films, beastiality, white slavery and a cheap excuse to flash boobs, bush and blood while capitalising on the popularity of cannibals with Emanuelle and The Last Cannibals aka Trap Them and Kill Them, among the nastiest of the Black Emanuelle series. 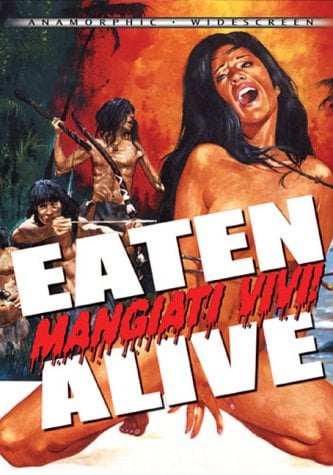 Lenzi would come back to cannibals with the tepid Eaten Alive, notably stealing the Me Me Lai death scene from the movie he was supposed to direct, Last Cannibal World. Eaten Alive is hardly noteworthy and is deeply ironic as the wildly popular category that Lenzi had founded had since surpassed his abilities, mostly at the hands of Deodato who, in 1980 would unleash another sick vision of cannibalism with a movie that was a genuine anomaly among the Italian exploitation set. Cannibal Holocaust, an impossibly sickening movie is not only a genre clasic but it’s a genuinely good movie with an original idea that was way ahead of its time. The Blair Witch Project would later on lift its found footage device and would come to define a certain Cinema Verite style that directors today use to paraphrase the current internet narcissisism. But back then, Deodato took the cannibal formula and infused it with a message that more or less shakes it finger at us, the viewers, wondering who is more savage: The loincloth wearing savages or the civilized people who watch this sort of mayhem? As the story goes, an anthropologist descends into the amazon, searching for the remains of a lost documentary group. He manages to strike a peace with the cannibals and recovers their only remains, canisters of film containing the footage of their fates, just desserts for abusing the tribes. By this point in the cannibal canon, the ground rules had been thoroughly developed and this one has it all. There are several scenes of sickening animal killing, torture, rape, castration and so on. It is the blueprint by which all cannibal movies are made. There wasn’t much more room for this group of films to grow, which explains why the films to follow Cannibal Holocaust were pale imitations that pushed the limits of violence and depravity but not much else. 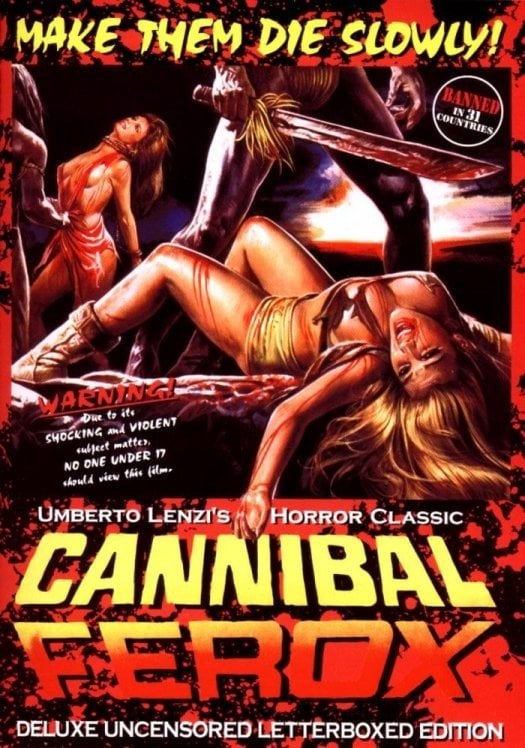 Lenzi would come back to cannibalism one last time with the oh-so wrong Cannibal Ferrox. Cannibal Ferrox aka Make Them Die Slowly tells a story that is so familiar to cannibal movies by this point and it also borrows kill scenes from other cannibal horror movies. Anthropologist and her ditzy friends shack up with drug smugglers on the run and naturally run afoul of the normally peaceful local Amazon tribes. Naturally it leads them being eaten, but it also leads the required castration, a scene where the top of a man’s head is chopped off and a woman (Tisa Farrow, sister of Mia) is hung from hooks through his breasts, perhaps the film’s trademark scene. But it’s by this point in the cannibal story that the only flicks left were godawful imitations, like the fucking terrible Jess Franco flick, Devil Hunter. There would be some minor innovations in imitators such as Cannibal Apocalypse, which stars John Saxon and John Morghen as Vietnam vets with a contagious hunger for flesh, but otherwise, cannibals had run out of steam by 1983.
Deodato, with a shot at Hollywood genre success, took his Cannibal Holocaust formula and with a cast of cult movie icons like Richard Lynch, Lisa Blount and Michael Berryman made Cut and Run which pits Lynch as a Jim Jones style cult leader in control of the savages in the jungle and the drug trade. Coked out Charles in Charge cast member, Willie Aames, must be rescued from these people but this was the final nail in the cannibal coffin. It’s a nasty picture but a sure sign that there just wasn’t any juice left. Cannibals were dead, leaving in their wake a brief burst of legendary depravity that marks a small but powerful spot on the extreme horror landscape. Connoisseurs of extreme horror often point to this period of Italian horror as a high water mark for the extremes of horror cinema. Many are awful, but the few legends among them are genuine tests of endurance for even the most jaded of horror fans.