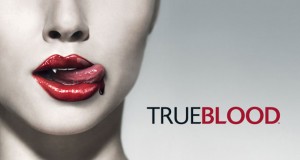 This week on True Blood: Sookie and Eric get stoned on each other’s blood, Marcus shows some good, and later bad, judgment, Tommy takes the money and runs, Mikey’s Ghost Nanny takes a shine to Lafayette, Jessica and Hoyt break up in two very different ways, Jason struggles to do the right thing, and Antonia and Eric don’t play nice.

After an off week, True Blood is mostly back on form. Overall, the acting is back to its high standard and several interesting developments push the plot forward. Unsurprisingly, Alcide and Debbie’s new pack leader, Marcus, is outed as Luna’s ex, but it was refreshing for him to show restraint at least as it pertains to the pack’s position in the vampire/witch feud. Tommy continues along his path of stellar life choices, but as this allows Dale Raoul to have some fun as Tommy-as-Mrs. Fortenberry, the predictable character choice is forgivable. Also having fun is Chris Bauer; Andy only gets a few lines, he makes the most of them. Getting the backstory of Mavis, the creepy ghost we learn is haunting Mikey’s doll is nice, but the direction the writers are taking Lafayette is troubling. He remains one of the most refreshing and likable characters on the show and his presence will be sorely missed if he spends the rest of the season channeling other characters, particularly if it’s not by choice. 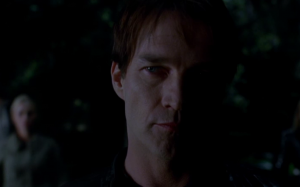 The best moment of the episode is unfortunately revealed to be a dream – Jessica’s shocking murder of Hoyt would take the character in a much more interesting and dark direction, not to mention start to trim the ridiculously high character count that often weighs down True Blood. Hacing too many interestng characters isn’t a common problem, but it’s one that the show has suffered from for the past several seasons. There is only so much time per episode and splitting it between this many characters often leads to a disjointed and hectic feel, not to mention the fact that with this many plotlines, some of them are bound to flop (such as WerePanther Jason and most everything with Sam after season two). Normally this dream would feel like a cheat, but as its purpose extends beyond shock value, it gets a pass. The contrast of Jessica’s view of both Hoyt and Jason with the choices made by the actual characters is great to see. DreamHoyt and DreamJason are exaggerations, though not ridiculous ones, of these characters circa season one. This scene shows the audience, as well as Jessica, how far they’ve come since.

Unfortunately, all is not well in the state of Louisiana. What was the best arc of the season has become by far the worst. The scenes detailing Eric and Sookie’s romance have become eyerolling and stale. The writing and, especially, acting of these scenes stick out like sore thumbs in an otherwise solid episode and what should be an exciting relationship has lost the interest and chemistry of even the early episodes of this season. The choice to have the blissed-on-blood couple make the jump back to fairy-land production values didn’t help either. Hopefully Antonia’s new control over Eric will lead to some interesting developments because stick a fork in it, this plotline is done. It’s overdone; it’s a charred lump of carbon. 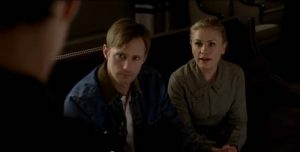 CGI mist almost never works, but the showdown we see between the vampires and witches does. Antonia finally feels like a fully fleshed-out character; Fiona Shaw’s performance is night and day from the 1920s cartoon villain shown last week. Her anger and frustration are palpable, and this, rather than the agent of pure rage seen previously, makes her real. Tara also continues to grow and develop, an opportunity Rutina Wesley has run with. For the first time in a long while, Tara is an interesting and unknown entity, defined by her own choices, not as an adjunct to a more interesting plot or character.

True Blood is heading into the home stretch and, though some detours have been made, it’s been a pretty solid run this season. What do you think of the season thus far? Where do you think it’s going? When is Faerie going to pop back up, or do you think that will be held for the just-announced fifth season? Post your thoughts below. 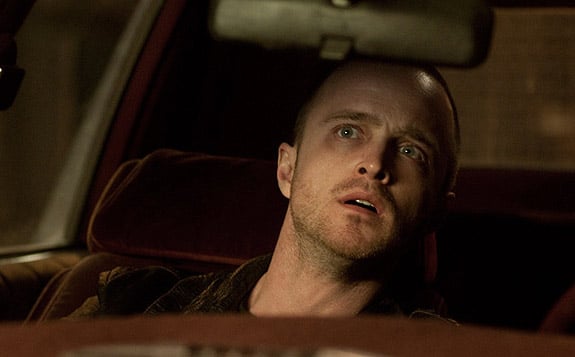