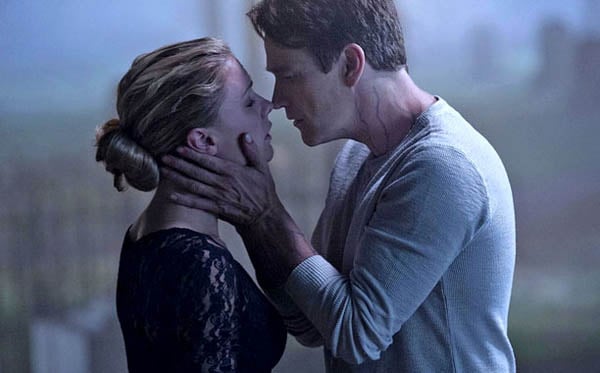 On this week’s (final) episode, Bill makes a difficult request of Sookie, Jessica and Hoyt make a plan for their future, and Pam and Eric start a new business together.

After such a solid final season, True Blood‘s finale is almost a disappointment. Too many storylines feel forced or rushed, and the ending, though happy, rings a little false. Of course, the show didn’t exit without releasing a few more shocking surprises–including a pivotal moment that involves the death of a major character since series’s beginning.

Honestly, not many scenes stand out in the series finale (save a bloody Eric head-bobbing in his car). “Thank You” mainly serves as a chance to wrap up as much story as possible, and the effect is a lot of disjointed moments and lack of any real emotional resonance. These are characters that the audience has grown to love (and definitely hate) over the course of seven seasons/years, so to see their stories close in such a hurried, forced way is sad.

That’s not to say the episode is a total failure–there are several things True Blood does right before it leaves for good. Many characters are given happy endings (especially the ones who’ve been cheated out of such happiness for the past several seasons, namely Hoyt and Jessica), and the final scene is lovely and, yes, heartwarming. Sookie’s flashbacks to Tara and her Gran are sweet, if not particularly necessary. And writer Brian Buckner does a great job throwing in slight moments of humor, like Holly and Arlene’s talk about “baby vamps” or Sarah’s desire to become a lesbian vampire. Oh, and the Charlaine Harris cameo is much appreciated by fans of the books.

True Blood has always been a bit of a fairy tale show (complete with a main, “fairy tale” romance), so it really shouldn’t come as a surprise that the show ends on a such an idyllic note. This is a cast made up of supernatural creatures, after all. Sure, it’s a bummer that Eric and Pam have little to no interaction with the rest of the cast in the final episode, or a major character dies so late in the game and isn’t really given a proper send-off, but True Blood‘s always been around for entertainment’s sake and has never been, nor ever will be, truly groundbreaking television. Sometimes it was cheesy and ridiculous, and sometimes it was shocking, and sometimes it was even downright bad–but the show never failed to be quality summer entertainment, and the finale follows suit–it isn’t great or terrible, but it is thoroughly entertaining.