Home
Entertainment
SXSW 2011: There is no film, narrated by a cat, quite like ‘The Future’
Prev Article Next Article 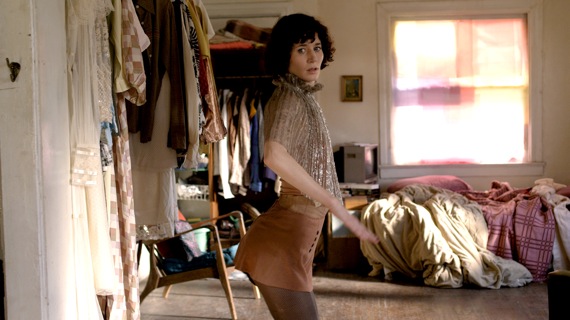 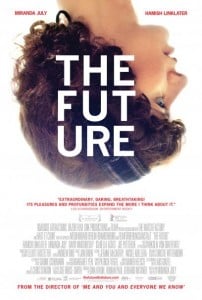 The Future, a new film by Miranda July (Me and You and Everyone we Know), is the story of a quirky couple living in LA that decide to take the ultimate leap of responsibility and adopt a cat. Mind you, the pair doesn’t want to be too tied down, so they adopt a dying cat, one that is guaranteed to only live another 6 months. Their trip to the animal shelter, however, reveals that the cat (let’s call him “Paw Paw” since everyone else does) needs another month to recover from a broken paw before he can be taken home. This month comes to represent the last weeks of freedom before Sophie (Miranda July) and Jason (Hamish Linklater) have to sign their lives away. Pressure to use this time to do something significant with their lives becomes the inspiration for taking new risks, both brave and selfish.

If this were some Hollywood film, it might be the story of two people who take their lives back, who find fulfilling jobs, who take a trip to a place they’ve always 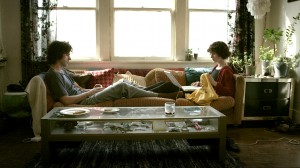 wanted to go, and fall even deeper in love with each other.  But it isn’t that, this is a story about trying and failing, wishing you’d never left your old job and growing more distant than ever from your partner, which, in many ways makes it more relatable.

During the first half of the film, the nuances in the relationship between Sophie and Jason are so intimate and real that we laugh simply because we feel we’re watching ourselves, or someone we’ve met. In the opening scene, the two are sharing a couch, each buried under a laptop and when Jason makes a move to get up, Sophie immediately asks him to get her a glass of water. “I’m not getting up. I was just shifting,” is Jason’s response as he settles back into his place. Sophie doesn’t budge from the couch and we get the sense that she’ll wait until later, when Jason actually gets up, for her glass of water. 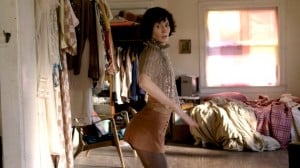 Cut to a prison shot of “Paw Paw” behind a cage under the florescent lights of the animal shelter where he’s being held. Paw Paw, it turns out, is our so-pathetic-he’s-cute narrator, whose shaky voice is done by Miranda July. He counts down the days for us, paces back and forth on his lame paw and expresses his eagerness for one day arriving in the home of his new owners. A talking cat isn’t the only strange thing going on. The film beautifully and awkwardly dips into a kind of surrealism where super powers are gained and inanimate objects acquire the ability to crawl. Perhaps it’s intentional that the tangent Sophie embarks on is timed with this unraveling of reality. Her actions are disappointing, halting both a unique storyline by interjecting one that’s been told time and again, and also demonstrating behavior that is completely inconsistent for Sophie’s character.

Despite this flaw, there is no other film, narrated by a cat, quite like The Future. It is funny and heartening, touching on some of our most vulnerable and embarrassing aspects as human beings. Miranda July’s character is even more self-doubting and strange than her character in Me and You, but her pain, as she slides down the wall in her living room overwhelmed by a crack in the floor, her peculiarity is nothing more than honesty. July  has made a lovable, relatable film with some twisted decisions by the some self-sabotaging characters.