Acting is an art that is constantly evolving and getting better. It has been around for as long as we can remember and it continues to impress everyone on a daily basis. Actors and artists today are breaking out of the conventional expectations to make their work stand out from the rest. With the help of different acting methods, these performers are changing traditional thinking and creating something magical.

Commonly, at acting schools, there are a few set acting methods or acting techniques that are taught to help every individual that is coming into this field. Specializing in one kind of acting method is nothing special; instead, accumulating all the knowledge and putting forth something that has never been expected before is highly appreciated.

Constantin Stanislavski (or Konstantin) was a Russian practitioner that is popularly known for creating an acting method known as the Classical Acting method. This acting method or acting “system” is a technique that uses a systematic approach in training new actors. There is special attention paid to emotion memory, concentration, physical skills, voice, dramatic analysis, and observation. Stanislavski’s aim was to create an approach that would be helpful for actors all around the world, during different time periods.

Apart from speaking many great things about acting, this is one of the things this great Russian master said about his acting system, “Create your method. Don’t depend slavishly on mine. Makeup something that will work for you! However, keep breaking traditions, I beg you.”

In the Stanislavski acting system (also referred to as the Stanislavski method), an actor is supposed to use their own experiences and emotions to create a connection with the character they are acting as. The actor should himself or herself into the character’s body so he or she is able to portray this character with more accuracy. 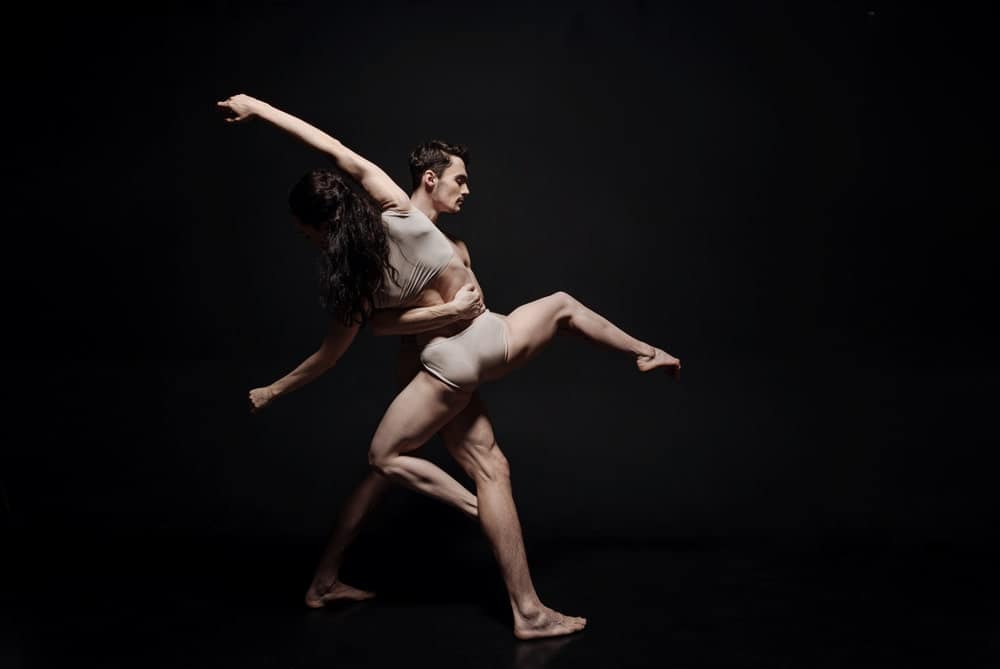 During 1930 to 1935, Michael Chekhov was working in the Kaunas State Drama Theatre in Lithuania. During 1936 to 1939, he created The Chekhov Theatre School at the Dartington Hall in England. Although his aim was to spread his acting knowledge to Germany, the outbreak of war was threatening his developments, which is why he moved to Connecticut, United States. That is where he started awarding the first diplomas.

The aim of the Chekhov Acting Method is for the actor to pay attention to the internal conflicts of the character and express it through the forms of movement. In this acting method, the actor has to physically show the character’s internal state with external movements and gestures. Then what happens is that the performed gesture is subtly concealed, and the physical memory has to perform everything unconsciously.

The Chekhov Acting Method is seen as a psycho-social approach towards acting or the performing arts. It is an acting technique that pays attention to working with impulse, focuses on transformations, imaginations, and how the internal and external movements can affect one’s performance. 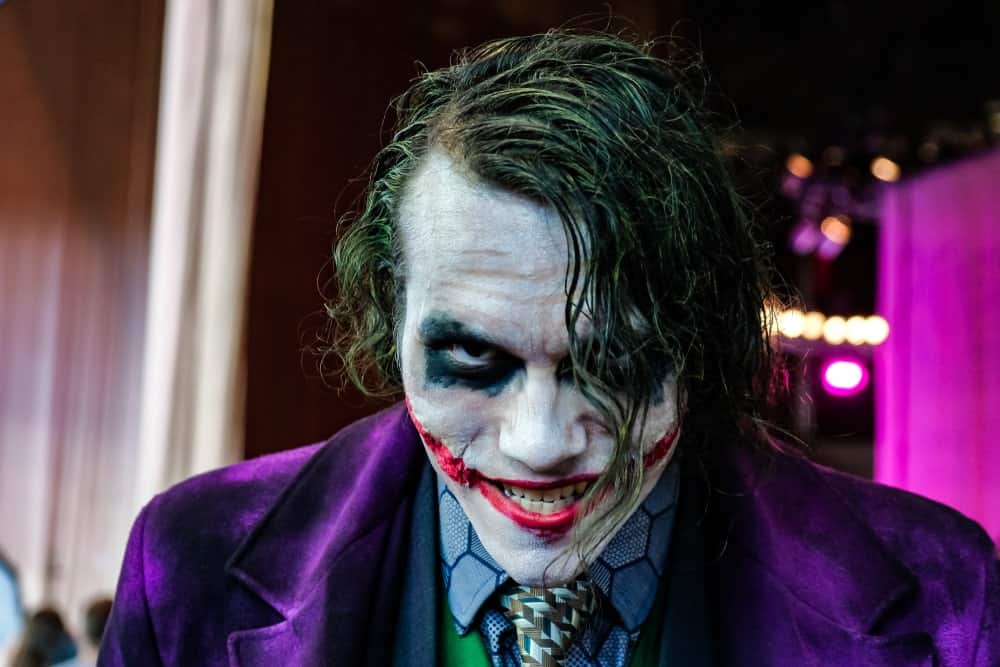 The creation of the method acting technique was by Lee Strasberg and his members of the Theater Group. This group included Robert Lewis, Stella Adler, and Sanford Meisner as they all were working under Lee Strasberg when this method was created back in the day.

This acting method emphasizes on practicing to create a connection with the character by thinking about personal memories and emotions and connecting them with the character. To make this happen successfully, a set of practices and exercises as used including affective memory and sense memory. Lee Strasberg took inspiration from Stanislavski’s method and created his own. The actors that used this acting method were commonly known as “method actors.”

There are different techniques that can be used for method acting. The overall idea of method acting is for actors to put themselves in the shoes of the given character (with their emotions and thoughts). When they manage to do this successfully, they start thinking and acting like the character, which allows the actor to truly perform like the character. Method acting is commonly used amongst many famous American actors including Angelina Jolie, Jared Leto, and Jake Gyllenhaal. 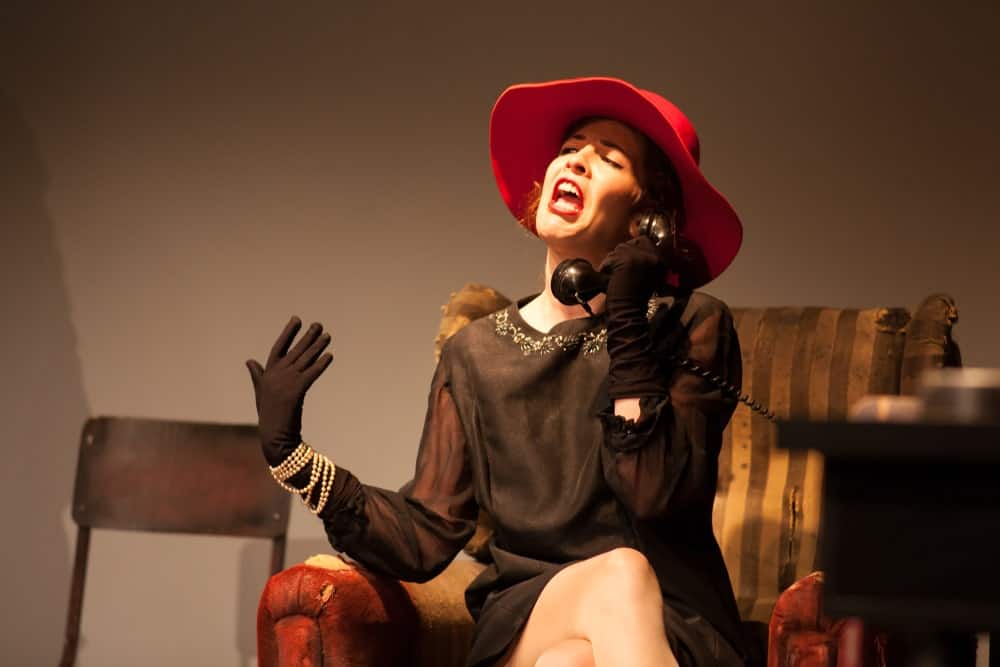 During the early fifties, Viola Spolin introduced her acting technique in Chicago. What she did was create games in the theater that allowed actors to focus on what was happening in the present and find answers and make choices in the given moment with the help of improvisation. Viola Spolin became the first acting coach that paid attention to the audience as well. In this technique, everyone was playing their own role. She strongly believed that audiences and actors had to connect or interact so magic could be created.

Spolin came up with games and exercises that would allow spontaneous things to happen naturally. This acting method allowed actors to break away from their tensed, anxious thoughts, which made them feel liberated. Her goal was for actors to use her method of acting so they would increase their levels of spontaneity. She wanted actors to rely on their intuition so a connection could be made with the character beyond the body’s sense memory; the connection had to be deep and raw. 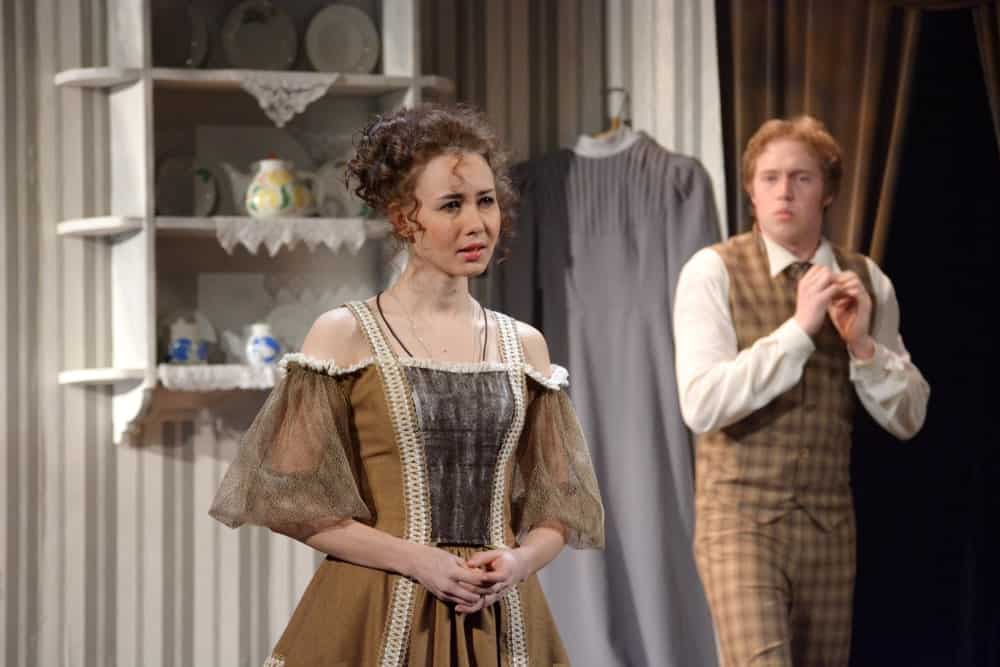 The Meisner Acting method is very similar to Method Acting. The requirement of this acting method is for the actor to focus on everything going on except him or herself. This actor needs to pay attention to their co-actor as if he or she is real and is only present in that moment. This allows the scene to seem more real and genuine. The Meisner technique is great in training an actor’s responses, and it is called Repetition Exercise. 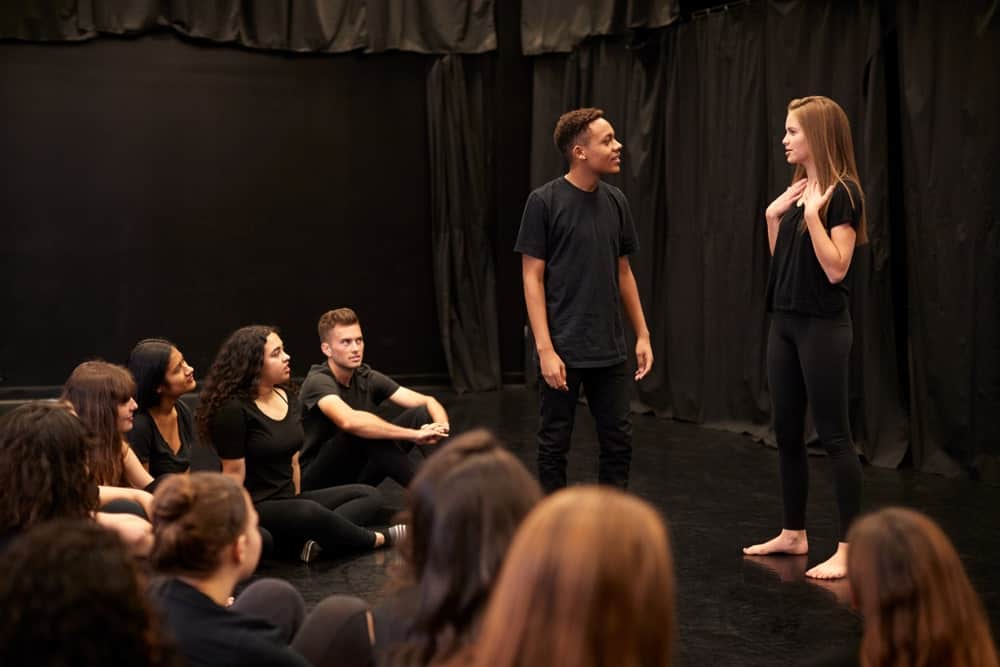 The Practical Aesthetics Acting Method was created by William H. Macy and David Mamet. The foundation of this acting method was based on the lessons of Stanislavski, Epictetus, and Sanford Meisner. This acting method is based on a four-step analysis that allows the actor to act to their fullest potential. The steps are as follows:

For example, it’s as if my sibling has taken the food that I was going to eat later that day. I need to get it back because it is mine. This step is used as a memory device so a spark can be created that will involve the character in the scene even more. It helps an actor to apply fiction is a different aspect of their life.

The main purpose of this acting technique is to accentuate the acting experience instead of basing everything on the character. The main focus is on how the actor is conveying the feelings of a character. The famous Hollywood actors that follow this acting method are William H. Macy, Rose Byrne, Felicity Huffman, Jessica Alba, Scott Parker, Clark Gregg, and Camryn Manheim. 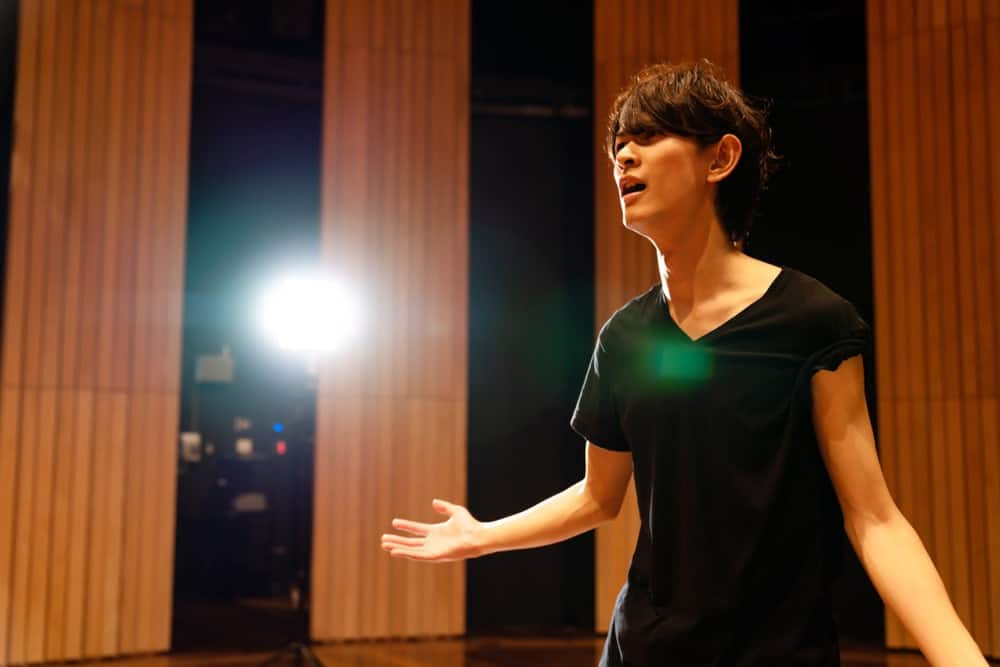 The Laban Movement is a fundamental part of acting. The aim of the Laban movement was to collect the different human movements and use them in a way that nobody would think of doing. The focus is on four different categories (body, effort, shape, and space). It is important to understand the relationship between each of these categories and use them so an actor can perform a role beautifully. It is safe to say that Laban should be the core of all actors, especially during their training. 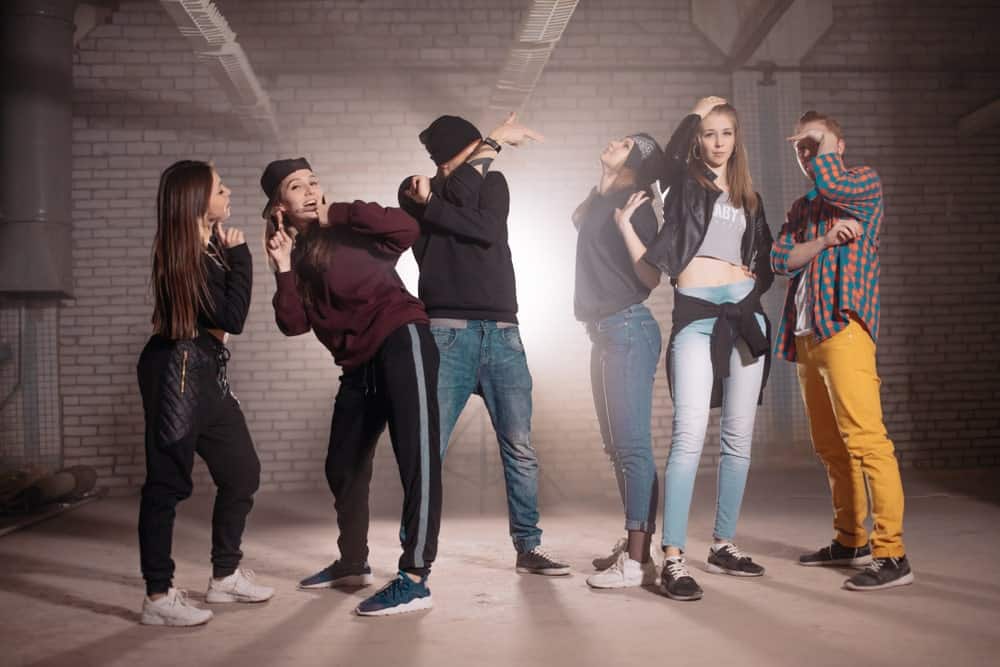 An acting technique class is seen as a foundation class for actors who want to become world famous because these classes can polish skills and they offer so much to learn. This class can be taught in many different ways, the way it is being taught solely depends on the teacher and the acting method they use to teach it.

Every acting teacher has his or her own way of teaching and perfecting the skills of an actor so they can learn and become the best. However, keep in mind, the acting method you choose should be one that connects with you the most. Therefore, trying out different methods and attending different classes is recommended so you can make the best decision.

As the name suggests, an audition technique class is one that only focuses on auditioning, which according to many actors is an art itself. It is important to take an audition class when you are training as an actor because auditions are intimidating and they can be quite difficult. They are even more difficult especially when you do not know what is coming your way. There are many famous actors that do not like auditioning because they do not know how to do it properly. Moreover, it is easy to either succeed an audition or screw it up really bad.

The reason why these classes are highly recommended is that in an audition technique class, actors learn script analysis, how to make sure the casting panel will approve them, and what they should do during the audition. The A-class acting teachers will break the entire audition down to the bits and pieces including where you should stand and sit or how you should or should not mime certain things during the audition. 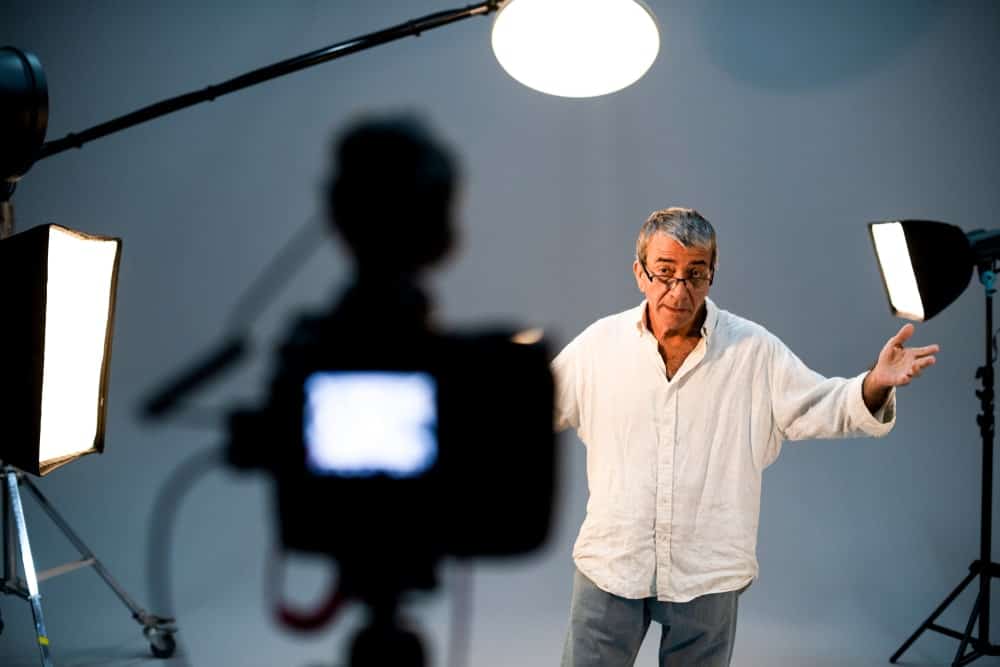 A scene study class is highly recommended for aspiring actors as it broadens their spectrum and teaches them valuable lessons. Despite where you attend school, there is a high chance that your acting school did not give enough practice of performing in front of the camera or aid in breaking down scenes to understand them better.

See also  'Bioshock': Rapture has an atmosphere that remains unmatched

The lessons taught in these acting classes will vary differently from school and teacher. However, commonly, they are done in a setting where the class is breaking down the scene in front of the camera or simply just breaking down the script without the camera being on. In both instances, actors practice their lines and are taught how they can make their acting realistic and relatable. 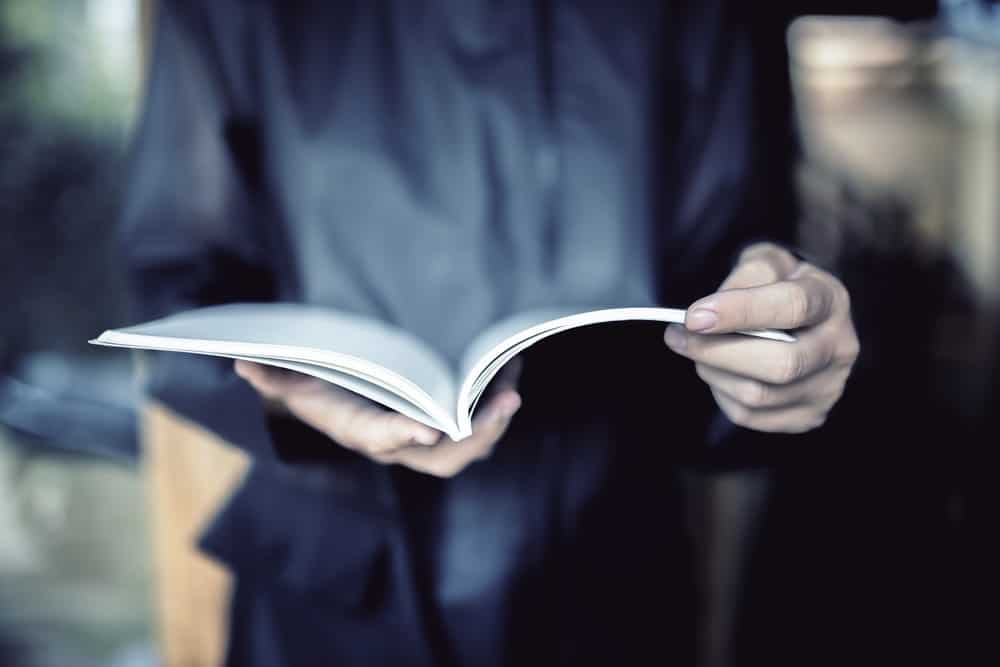 Cold reading or sight-reading is a type of acting class that takes a deeper approach to go for an audition and acing it. The main thing you can learn from cold reading classes is how fast it is possible for you to prep for an audition. You will be able to read the script properly, break it in pieces, analyze it, memorize your lines, and deliver them confidently. These classes are ideal for actors that want to do commercial because those are the type of auditions that do not give much time to prepare much.

There are a few ways that can help in acing cold reading. Cold reading classes will allow you to get the main part of scenes, help you determine what questions are ok to ask, aid in understanding the character, help in overcoming the obstacles on the way and so much more. With these classes, you will be able to accomplish all of this quicker and you will be able to give the best performance of your life instead of stumbling upon something that seems new. 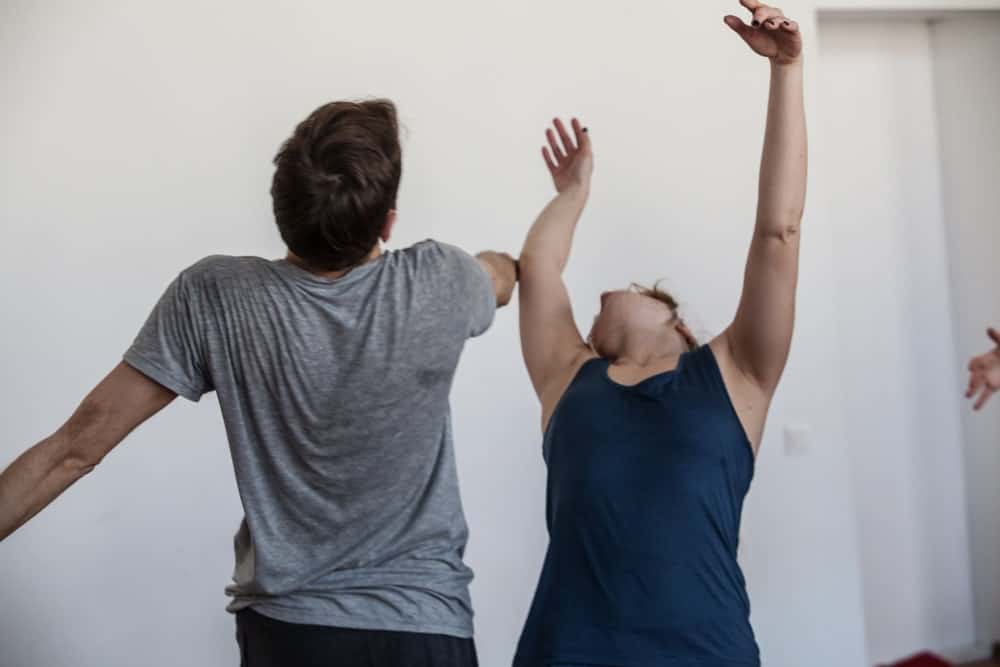 Just as the name suggests, this class will teach you the art of improv. Improvisation is an extremely valuable and appreciated skill in the acting world and it allows all actors to become much better at what they do. Whether you are in comedy, drama, theatre, commercials, or film, acquiring the skill of improvisation can help you greatly.

Improv classes are not highly recommended for actors going into theatre, film, and television, but they are extremely helpful for those that are auditioning for commercials. Being able to improvise on the spot helps you think fast and allow you to handle situations without freezing on the spot. It is a requirement for commercial auditions to ask for improvisation, which is why individuals going into commercials should be familiar with improv. 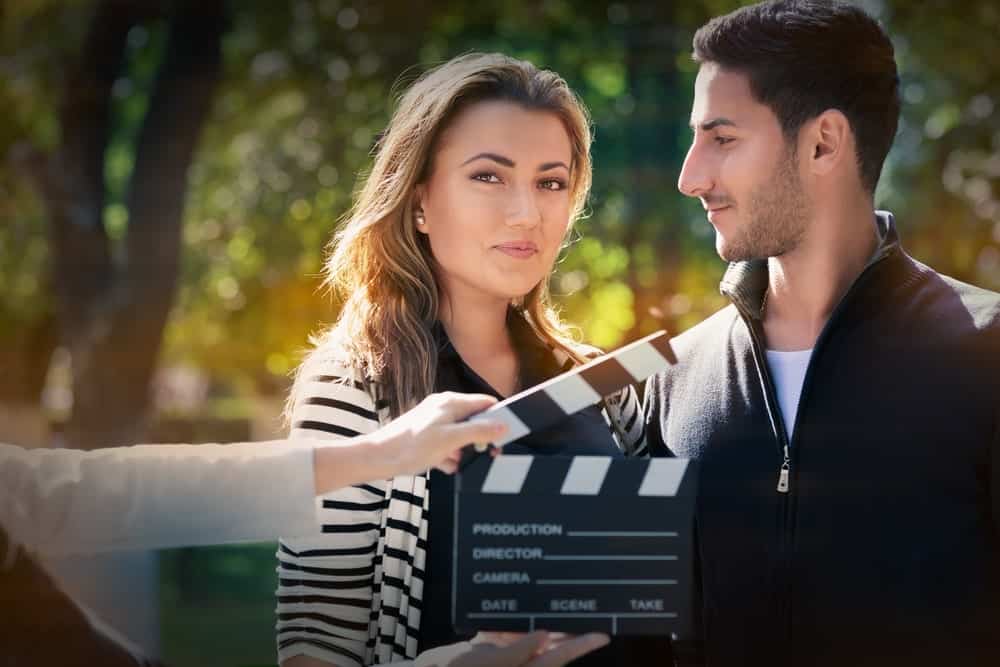 These are the types of acting methods and acting classes aspiring actors should be aware of. Moreover, it is important to know that the acting world is quite competitive, which is why it is important to put your own twist on certain methods so you can connect with the character and audience more.