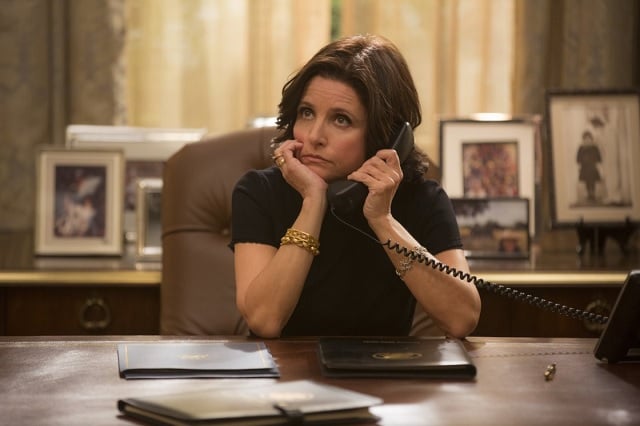 The toll that Meyer’s time as President has taken on her staff has been a running theme of Veep‘s fourth season, with Amy’s stress from her position as campaign manager being most apparent, as it resulted in an outburst and a resignation. This week’s episode sees Mike seemingly become the next member of Meyer’s staff to walk towards that brink, as Selina and her team continue to struggle with the Families First bill in a compelling episode.

It’s interesting to see Tom James get some added dimension this week. Not much has been revealed about Meyer’s running mate, as his likability was the key factor behind Amy, and then Meyer, settling on him as a replacement for Doyle. While James has proven that his likability is not unfounded, nobody, not even Kent, has checked to see if James’ viewpoints and politicies align with Meyer’s sensibilities and her campaign. While this is partly due to James being the best candidate who was willing to accept his spot on the ticket, making this a moot point, the combination of this and James’ four year absence from politics makes him a wild card. This episode gives the first hint of how James can be a damaging element to the campaign, and it’ll be intriguing to see how things develop as James gets to know more about Meyer’s administration, especially if he understands how crucial he is to the team. James is likely to want to ensure his voice is heard, something that may end up rubbing Meyer or the other members of the team the wrong way, which would create a fascinating situation.

Mike’s imminent breakdown is also a strong aspect of the episode. While the beginning of the season clearly showed that Meyer’s balance of power hadn’t changed in her shift from the Vice-presidential’s office to the White House, the past few episodes have indicated that the pressure is nonetheless heavily increased. Both Gary and Amy have already had stress-related breakdowns, and the departure of both Amy and Dan means that Gary and Mike are the only remaining members of Meyer’s original team. Mike’s lack of appreciation has been well-documented throughout the series, and the combination of the lack of appreciation, his own insecurity, and now becoming the butt of jokes may be building up to something. As the press secretary, Mike would have an easier time finding a job than either Dan or Amy. This may mean that the allure of other work will draw him away sooner rather than later. Mike doesn’t have any real loyalty towards the job or Meyer, which is likely to help hasten his departure, and whether or not he’s the third person to jump ship, and how that affects Meyer’s presidency and campaign, will be worth keeping an eye on.

Overall, this is another excellent episode in what is shaping up to be another stellar season for the show. Hugh Laurie continues to be an excellent addition to the cast, continuing to prove himself as the character of Tom James develops. Meyer’s dinner with her friends is also a great way to display that Selina doesn’t really get along with anyone. The combination of the frictional relationship seen this week and Meyer’s interactions with Karen Collins strongly indicates that Selina tends to see her relationships with rose-coloured glasses, rather than realistically. Amy’s time as a lobbyist is also compelling. The difference in how Amy and Dan view the job are stark and amusing, especially as Amy’s viewpoint allows her to see how the women are being treated in the process. Unlike Dan, Amy has other job options if needed, and how long she sticks with lobbying will be very telling. How Amy and Dan’s careers progress, as well as how James and Mike handle their positions, will be worth tuning in for as the season enters its final stretch.