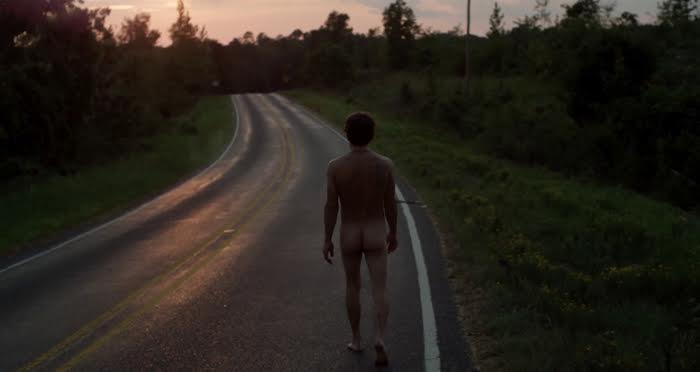 “So one thing from another rises ever; and in fee-simple life is given to none, but unto all mere usufruct.” – Lucretius, On the Nature of Things, Book III

The above quote was once used by great Italian documentarian Franco Piavoli to open his masterful 1982 film, The Blue Planet. In that instance, it is deftly applied to the fragility of mother nature; her various granting and reclaiming of life, but can just as easily be applied to the figures followed by Roberto Minervini, an Italian based in the United States whose acclaimed Texas Trilogy – The Passage, Low Tide and Stop the Pounding Heart – was followed up at Cannes this year by The Other Side, which shifts the director’s gaze slightly eastward to the state of Louisiana. One must assume that Minervini, despite blazing his own trail that has led him through the Philippines and Spain en route to America’s Southern states, is well aware of Piavoli and the great albeit somewhat oblique shadow that his work casts.

Rarely has there been a more damning confirmation of the constant, unchanging nature of our existence than the fact that words written by an Epicurean philosopher some two millennia ago can be so adeptly used to describe the plight of those living below Obama’s poverty line today. This is especially apparent in Minervini’s latest, The Other Side, which mostly follows the tribulations of a small-time drug dealer so devoid of hope that he contemplates prison as the only way to get clean. Following is the key word here: the camera of cinematographer Diego Romero Suárez-Llanos is as light and inquisitive as that held by Emmanuel Lubezki under the direction of Terrence Malick, often falling into a third-person perspective that becomes a visual trait throughout. Obama imagery is also prevalent in The Passage, which documents the last days of a chain-smoking cancer-sufferer. Then there is Low Tide and Stop the Pounding Heart, which instead focus on the younger generation: an ice-hauling waif and unwilling daughter of a goat herder respectively. 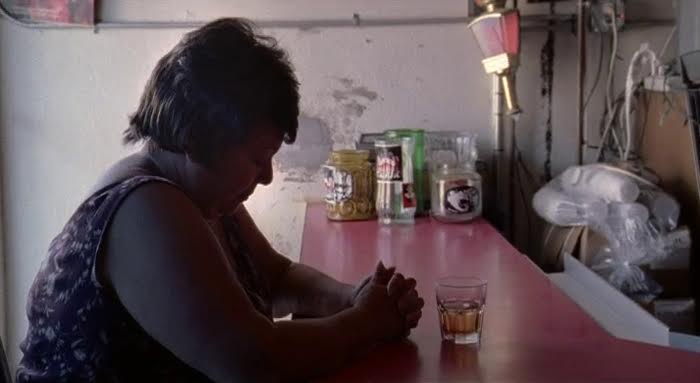 Indeed, some have rushed to sling the word Malickian at what Minervini has produced thus far, perhaps born out of geographical coincidence rather than the quiet, contemplative stance they share. Mentions of Carlos Reygadas are perhaps more accurate, especially when they involve his Silent Light, which featured a similar isolated community to that seen in Stop the Pounding Heart, as observed through the eyes of a patient and privileged outsider. Lisandro Alonso is another name that may well surface when attempting to find parallels: there is a sequence in The Other Side that follows the slow progress of a rowing boat through lush swampland, immediately recalling similar scenes that make up Alonso’s Los Muertos. Minervini’s The Other Side also features a moment where son and cancer-ridden mother compare hands: a favourite object of Robert Bresson, whose presence can also be felt here, especially in the hopeless young characters that exist firmly on the fringes of society, and in whose lives the fear of God is omnipresent.

Under the pile of influences listed so far is also Italy’s history of films about hardship: namely, neorealist cinema of the 1940s, and directors such as Roberto Rossellini and Vittorio De Sica that Minervini is known to admire and draw from. “I’m not Rossellini,” he states in a recent interview at Cannes, as though almost to brush aside such favourable juxtapositions; “but one makes films while maintaining one’s integrity.” While children do appear and play important, albeit background roles in his latest film, it is Low Tide and Stop the Pounding Heart that really focus their attention on the smaller, more vulnerable figures. The former could almost be seen as a contemporary, lower class version of Vittorio De Sica’s The Children Are Watching Us, where a neglected child becomes the victim of adult self-interest. The latter has been described by Minvervini himself as Zavattini-esque, of course referring to one of neorealism’s central figures. In the words of Rachel Cooper in Charles Laughton’s The Night of the Hunter, it’s a hard world for little things.

A lot has been made, both in Italy and abroad – if the recent New York Times article is anything to go by – about the bumper presence of Italian directors at Cannes this year. Yet, little has been made of Minervini’s arrival on the scene, despite him being around the same age as Messrs. Garrone and Sorrentino. There is something unique, both timeless and transient, about his work that places it outside the realm of conventional cinema. Perhaps it is his stunted career as a reporter that is responsible for imbuing these films with such grit and truth: “I wanted to be a war correspondent”, he says; “I reached a compromise by making militant films.” For all the emphasis on being an invisible observer of these broken lives; these unfortunate victims of the American dream, there is clearly an agenda here and a will to be heard. Above all there is a blending of fiction and documentary that remains, despite above attempts to the contrary, nigh on impossible to classify. 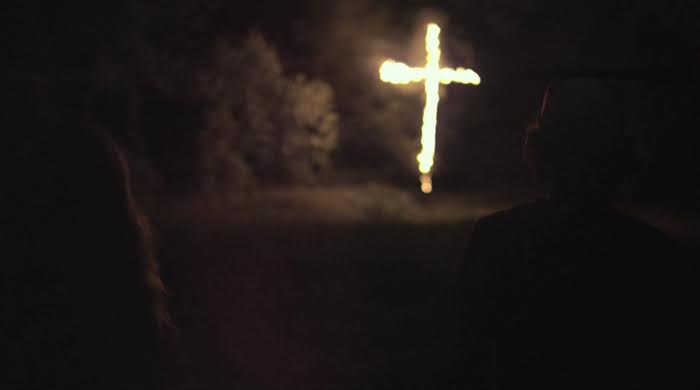 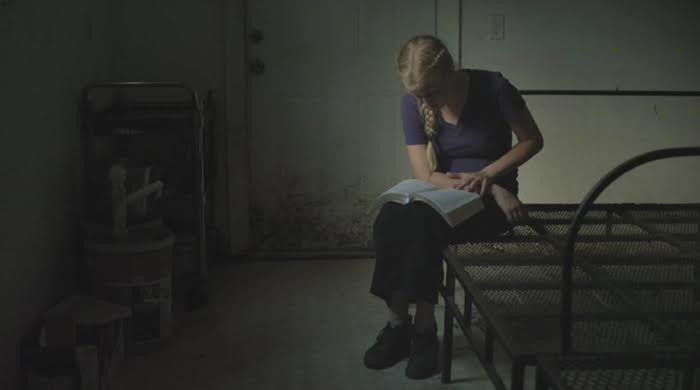