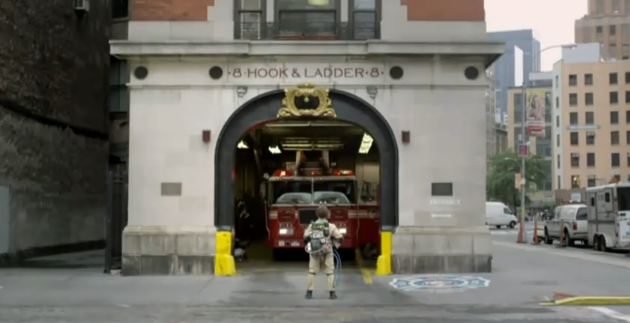 Volkswagen has more on their mind then just automobiles. VW has been seen sponsoring various film festivals these days and have been really taken with the  industry.  The See Film Differently campaign has been reignited after a few cute print ads that surfaced last year. The new campaign is focused on locations rather than cars within film. VW is calling it, “Turning the Camera On Locations,” visiting “a number of iconic film locations to see what effect the movies have had on the everyday lives of those who work there.” I love this idea. It is fun and the concept of imagining what real working people have to deal with when tourists visit must be a laugh and a headache.

Riding on the nostalgia train, Volkswagen has picked two infamous movie locations for TV spots focusing on Ghostbusters and When Harry Met Sally.

Volkswagen plans on kicking off a series of exclusive screenings tying into their campaign. Currently the only screening listed is linked in with John Landis’ premier of Burker & Hair (October 29), An American Werewolf in London, which will be held on Halloween at the ZSL London Zoo. This could be an idea piggybacked off of the Alama Draft House movie screenings.  More exclusive screenings will be expected to be announced eventually.

“We went to see what happens on a typical day at the fire station which was used as the Ghostbusters’ HQ in the 1984 comedy classic.”

“We went to Katz’s Deli in New York where the famous orgasm scene in ‘When Harry Met Sally’ was shot to see what visitors do when they get there (hint: more than just eat burgers).”