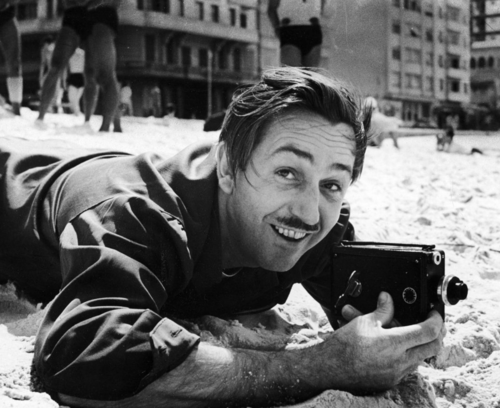 Full disclosure: when I was a kid, I didn’t like Disney cartoons. My family took me to all of them, new and the regularly re-released: Pinocchio (1940), Bambi (1942), Snow White and the Seven Dwarfs (1937), Lady and the Tramp (1955). And we went to see the live-action Disney flicks, too: 20,000 Leagues Under the Sea (1954), The Shaggy Dog (1959), The Absent-Minded Professor (1961). I watched Disney’s short cartoons on his Sunday night showcase, Walt Disney’s Wonderful World of Color, and on reruns of The Mickey Mouse Club. Yeah, I saw it all…but I didn’t particularly like a lot of it.

Disney – the brand, not the man – was cute. It was nice. It was sweet. So much so, it made my cavities hurt.

When it came to cartoons, even as a kid I preferred the classic Warners shorts from the 1930s-1950s. They were made for less money and on shorter schedules than the Disney cartoons, but they weren’t interested in being cute. In fact, according to Chuck Jones, one of Warners’ best animators, they knew they couldn’t match the adorability of Disney’s stuff, so they didn’t even try. Instead, they went another way. They went for funny. And not nice funny, but funny in a kind of sharp-edged, street-savvy, wise-ass way that really clicked with a kid growing up in Newark.

Even later, as a film student, while my appreciation for what Disney had accomplished with animation – elevating it from a 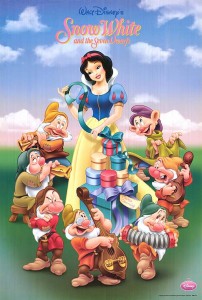 novelty to an art and big-money business – I still didn’t like his stuff much. And because of that, I never gave the man the credit he deserved, not as an animator – although he deservedly stands as one of the giants in the field – or for, well, you’d have to say his vision.

That’s a word that gets tossed around a lot in the movies: vision. Spielberg’s vision, Lucas’ vision, Kubrick’s vision. You hear it a lot. But when it comes to the – as Bush #1 infamously put it – “the vision thing,” Walt Disney saw further, and in more shades and dimensions than anyone else in the history of modern entertainment. To use a word he coined for his guys who helped put together Disneyland, he was truly and completely an Imagineer.

Intellectually, I’d long come to understand that. George Lucas gets credit for redesigning the movie business by, through his example, pushing the industry toward vertically integrated entertainment combines with the various arms feeding – and feeding off of – each other. But Lucas based his game plan on something Disney, by the time of Star Wars (1977), had had in place for decades.

As early as the 1950s, Disney had expanded from moviemaking into television, music, merchandising, and, with the 1955 opening of Disneyland, amusement parks, using each as a platform to promote and support the others. His TV shows kept Disney fans abreast of all the latest goings-on during the five years it took to develop Disneyland, pumping up their curiosity and anticipation. When the park opened, there were rides and merchandise keying off Disney TV shows and movies. Each new Disney film provided more TV spin-off and/or promotional opportunities as well as merchandise which was hawked at Disneyland and so on and so forth in an endless cycle of constant cross-promotion.

But I don’t think I appreciated the breadth of Walt Disney’s vision at a visceral level until a recent vacation I took with my family to Orlando. The brilliance of the guy sunk in when, on our first night in Orlando, we took the kids to the Magic Kingdom to watch the nightly fireworks display which goes off over the Cinderella Castle; the park’s centerpiece.

When you enter either Disneyland or Disney World, you start at the head of Main Street USA: a boulevard designed to look like straw-hat era, smog-free, horse-drawn carriage America. Framed at the far end of Main Street is Cinderella’s Castle. In anticipation of the fireworks, the lights are dimmed, then the sky fills with flaming bursts choreographed to music, and the picture is complete.

It’s not a random assemblage, and the architects didn’t just get lucky. There’s not another major amusement park in the United States designed with such attention to how it’ll look from certain vantage points: not the Six Flags parks, not MGM/Universal, not King’s Dominion, not Colonial Williamsburg.

And that’s no accident. 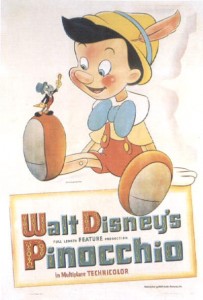 When Walt Disney broke ground on Disneyland on 160 flat, unsculpted acres of what had been orange and walnut groves near Anaheim, California, his charge to his Imagineers was, “I just want it to look like nothing else in the world.”

Disney wasn’t after just another amusement park. It was a grander concept than that.

“Disneyland is a show,” he said. “Disneyland is the star, everything else is in the supporting role.” He wanted to create a total, unified, engulfing environment – that was the attraction, not the rides and exhibits. “I want (people) to feel like they’re in another world.”

Well, they did…and they didn’t. Disneyland wasn’t another world, but an idealized, dreamy version of this world. America, anyway. The kind of rural, not-too-over-developed, still simple but forward-looking America you see in those Twilight Zone episodes about a harried business exec yearning for a simpler time of band concerts on the village green. Disneyland was, by Disney’s own edict, “…dedicated to the ideals, the dreams, and the hard facts that have created America…” It is, in effect, a 3-D presentation on unbridled optimism. With the arguable exception of its roller coasters, there aren’t even any scary rides at Disneyland.

Ok, you could argue this kind of thesis made the place a little overly nationalistic, maybe even oppressively patriotic (Uncle Walt was, after all, the guy who branded the animators who tried to unionize as commies and destroyed a career or two when he testified in front of the House Un-American Activities Committee), and certainly a bit kitschy and sentimental…but damned if it doesn’t work.

It certainly worked in 1955. People had been telling Disney – who had tied up every nickel he had in building the park – it would be a disaster. It was expected to be a come-and-go novelty that would ultimately leave a big smoking crater where Disney’s company had been.

I think you know how that played out.

But even after the immediate and overwhelming success of Disneyland, its creator remained committed to seeing what else he 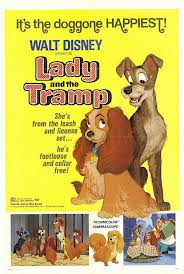 could do, how much further he could push.

By the end of the decade, commercial jet travel was turning the whole country into one, big, family vacation opportunity. Florida had been a get-away spot for the moneyed set back to the late 19th century, but cheap flights put it in reach of anyone, everyone. That spurred Uncle Walt to see something out there in the empty swamps around Orlando: a family haven even bigger and more spectacular than Disneyland.

The Magic Kingdom would be the draw, but his passion was the Experimental Prototype City – EPCOT. A vision of the future turned real (the EPCOT that now stands, built years after Disney’s death, is substantially different than what he had envisioned, although he no doubt would have appreciated its expansion of his concept of enveloping visitors in foreign environments).

Disney never saw Disney World realized. He died in 1966, one year before construction began, but it was every bit his Disney World. Yeah, it was bigger, fancier than Disneyland, but it shared the same branding imagery, the same upbeat, all-American, it-just-feels-so-damned-good-to-be-here atmosphere, the same completely immersive experience of being in a cohesive, complete someplace else, yet a place always and easily recognizable as eminently Disneyesque.

No entertainment entrepreneur ever invested as much effort and imagination into branding as Disney did. Mickey Mouse became more than a character: he became an internationally-recognized icon. Stick those two, round ears on something – anything – and everybody knows it signifies Mickey/Disney.

Or take the Cinderella Castle. It’s as much a real-world logo as an attraction. Its silhouette at the beginning of Disney flicks immediately communicates almost a century’s worth of meaning in a way the Warners WB shield 20th Century Fox’s fanfare doesn’t. Those are just company logos; that castle and the name “Disney” mean something.

I understood – I mean I really got what Disney had pulled off – some years ago when I was still working at HBO. It wasn’t long after our parent, Time Inc., had merged with Warner Communications in 1989 to form Time Warner. Warner held a part ownership in the Six Flags string of amusement parks. Part of the goal of the merger was to vertically integrate the various businesses of Time and Warner, and one of the strategies mentioned was to get Warners’ cartoon characters out there into the Six Flags parks a la Disney.

And they did. But it didn’t really create much of a spark. Kids took their pictures with Bugs and Daffy, but it was more of a, Yeah, they’re cute, but so what?

Even when the parks introduced the Batman ride, I doubt few park patrons made the connection that the park and Batman and Batman’s movie home at Warner Bros., and his literary home at D.C. Comics all lived under the same Time Warner roof. It didn’t all cohere the way all those similar kinds of parts did at Disney, because at Time Warner, it was an after-the-fact plan. For Disney, that had been his plan from the get-go; he didn’t create characters and settings, he nursed his creations into icons. Disney’s greatest creation wasn’t any one thing: it was that Disney universe.

I still don’t like Disney’s classic cartoons, and, as entrancing as the parks are, I’m still a parent who gets pains shooting up and down his left arm when he sees what things there cost. Uncle Walt may have made a lot of noises about doing things for more reasons than money, but family lunch at a sit-down restaurant in one of the parks costs about as much as a kidney transplant (or at least it feels that way). 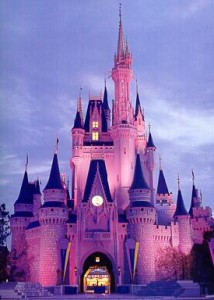 As I stood out in front of Cinderella’s Castle that night, oohing and ahhing right along with my kids, I got it. I saw what Walt Disney had done, and saw that no one else had ever – and probably never would – come close.

I knew that castle long before I’d ever stood in front of it because I’d seen it a thousand times in movies and TV shows over the course of my entire life. Bathed in colored lights and the flashes of fireworks, it looked exactly the way I thought it would, because Uncle Walt had designed it to look that way. 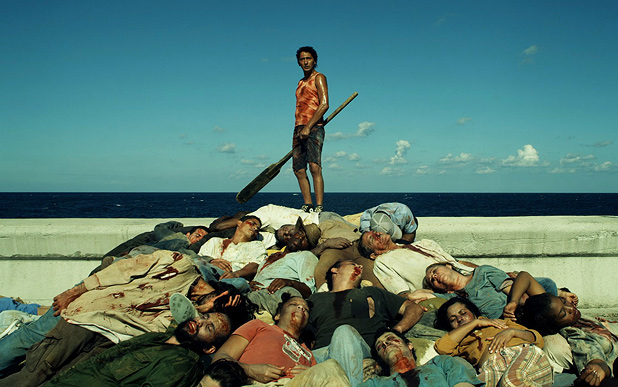 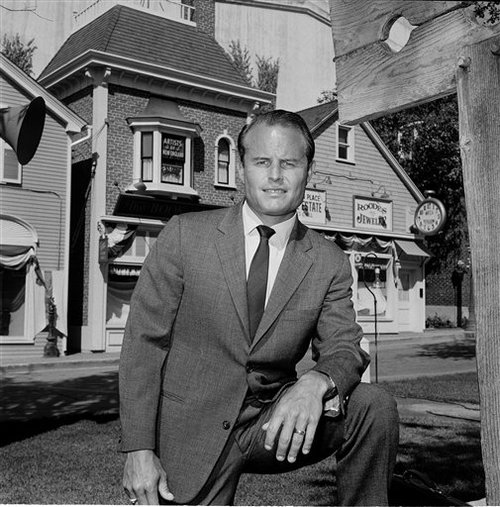