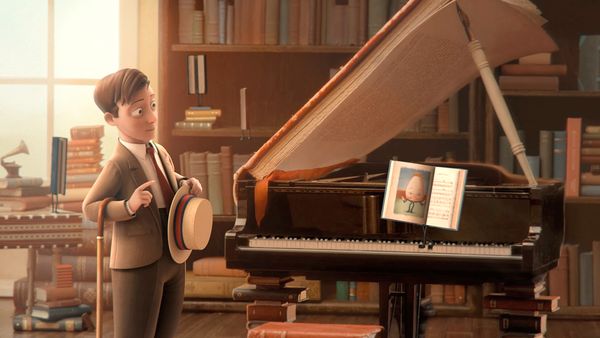 This past Sunday I took part in my yearly Oscar poll carefully selecting who I thought would win in each category. While I usually come away the big winner I’ve never once been able to correctly guess the winners of all three categories for short films (documentary, live action and animation). That all changed this year. While just about everyone had placed their bets on Pixar’s La Luna, but I made the wise choice in picking The Fantastic Flying Books of Mr. Morris Lessmore directed by William Joyce and Brandon Oldenburg. While Pixar may seem like a safe bet, they rarely win. In fact out of the 11 years since the Academy introduced the award, the studio has been nominated 8 times but have only won once. Luckily I had the opportunity to see The Fantastic Flying Books of Mr. Morris Lessmore and was completely blown away, thus the reason I selected it in my Oscar poll. Now it seems everyone else can now watch the film online via YouTube.

Here’s the film’s description from its official site and below it you can watch the short. Enjoy!

Inspired in equal measures, by Hurricane Katrina, Buster Keaton, The Wizard of Oz, and a love for books, “Morris Lessmore” is a story of people who devote their lives to books and books who return the favor. The Fantastic Flying Books of Mr. Morris Lessmore is a poignant, humorous allegory about the curative powers of story. Using a variety of techniques (miniatures, computer animation, 2D animation), award-winning author/illustrator William Joyce and Co-director Brandon Oldenburg present a hybrid style of animation that harkens back to silent films and M-G-M Technicolor musicals. “Morris Lessmore” is old-fashioned and cutting edge at the same time.