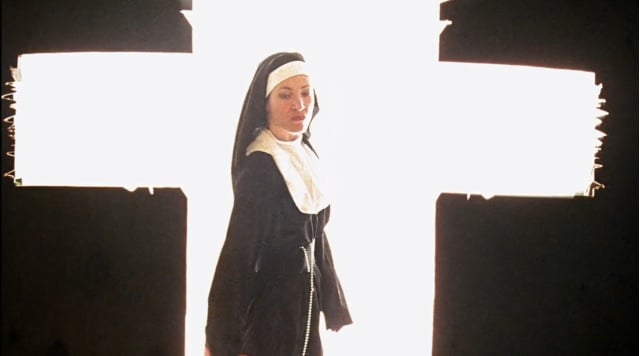 Fans of old-school grind-house films may find interest in this short. The film is directed by Greg Hanson, an underground/genre filmmaker based in New York who produced Beneath Contempt, which was a hit at this past year’s Slamdance. There is a lot to like in this short, so I do recommend checking it out.

Thy Kill Be Done has screened in more than 20 festivals worldwide, including the 2011 Sitges International Fantastic Film Festival and recently took home “Best Exploitation Short” at the 2011 Pollygrind Film Festival in Las Vegas.

Synopsis: When the Monsignor priest of an inner city church is killed by a gang of hoodlums and their drug lord leader, the nuns in the church’s clergy vow bloody revenge. But these are no ordinary nuns…

Thy Kill Be Done (2010) from Greth Productions on Vimeo.