Ever since Wayward Pines was announced as an M. Night Shyamalan project, the threat of the twist ending is one that’s hung over the entire series. For better or worse, Shyamalan’s name is associated with stories that try to come out of left field in the apex of the third act and surprise you with the idea that nothing you’ve witnessed is what it seems, ends that enjoy their trickiness so much it keeps them blind to the fact that they don’t bear up under scrutiny. And given the early ads for the show, which were heavy on that symbolism—as well as too heavy on imagery and quotes that invited unflattering Twin Peaks comparisons—it was hard to dissuade yourself of that expectation going in.

That wound up being the biggest surprise of Wayward Pines, the way that it managed to surpass those early expectations. From a slow start it quickly found its way into being the ideal summer potboiler show, one that knew going in it was only going to have one season to play around with three books of material and whittled it to a ruthlessly efficient core. Rather than build to a major reveal at the end the show placed that reveal at its midpoint, and it kept throwing new twists in every episode that forced all its characters—Ethan Burke, Kate Hewson, Pam Pilcher, so many others—to adjust on the fly. It mastered its narrative propulsion, and in the process wound up being far more fun than it needed to be.

Therein lies the biggest frustration with “Cycle,” in that after all the work Wayward Pines did to subvert your expectations it winds up living down to them. After an episode full of characters surviving against the odds and sacrificing for the greater good, a three-year time jump renders it all for naught. David Pilcher and Megan Fisher are dead, but the seeds they planted bear their poisoned fruit as the First Generation rises up to refreeze the adults and turn Wayward Pines even more autocratic than it was before. Ben’s in the position his late father was all the way back in “Where Paradise Is Home,” a confused walk through idyllic streets gradually giving way to horror, the town not even trying to maintain its mask with bodies hanging from flagpoles in warning. 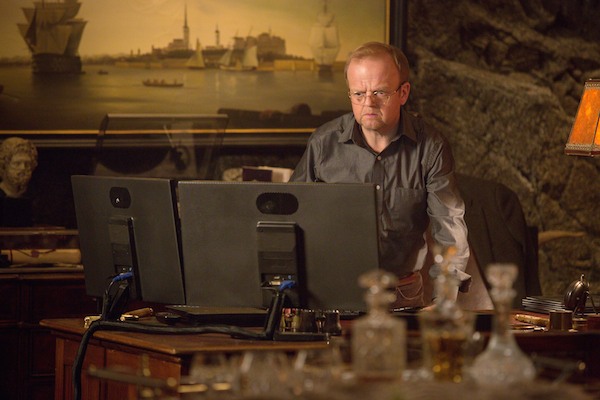 It’s an arresting group of images, and an ending in keeping with the ethos of Wayward Pines—the writers never shying away from the way the town nurtured humanity’s darker side under a calm visage. Yet the suddenness and finality of it rankles, the feeling that the creative team felt the need to shock the viewer one last time and do so in a manner where you don’t get to see what happens next. What made Wayward Pines work was that it dealt with consequences of twists rather than only the twists themselves, and leaving the viewer on this note feels like that show’s engine shorts out right in the middle of what should be a victory lap. It’s also frustrating in how heavy-handed it is in getting its themes across, as enough hints were dropped—the First Generation making their way to the bunker, Pilcher’s promise that his ideas wouldn’t die with him—that things wouldn’t go smoothly even with Pam and Kate’s hopeful alliance.

The forced neatness of the ending is all the more frustrating for the way that so much of “Cycle” succeeds on a purely action-based standpoint. Pilcher’s decision to shut down the fence sends abbies swarming over the fence and briefly turns Wayward Pines into The Walking Dead, frothing monsters taking down innocent townsfolk and the resistance finally getting a chance to fight back against a physical enemy. It’s the natural escalation of the show, which has gone from mind games in the early episodes to increasing acts of violence, and open warfare makes total sense at this point in the story. Director Tim Hunter gets plenty of mileage out of the action scenes, the grisly and feral nature of the abbies all the more horrifying against the storefronts of Main Street, and similarly building the claustrophobic panic as action moved to the tunnels and elevator shafts below the town. 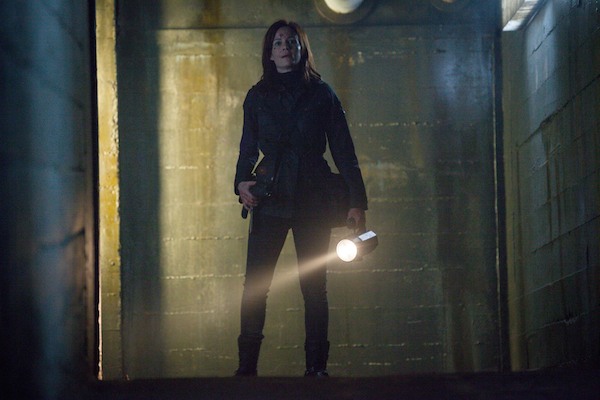 The star of said action scenes was Kate, as Carla Gugino finally got to channel her inner Karen Sisco and stand against the forces of chaos with assault rifle in hand. Much as Wayward Pines changed, so too did the conception of her character, going from cowed by the town’s influence to quietly subverting it to standing at the front of its resistance, and the further she went the better it got. Thankfully, the show never tried to push any renewed romantic connections between Ethan and Kate, opting instead for a professional respect and affection. It’s a move that also allowed Theresa to keep from nagging wife/love triangle territory, as the two even formed a tentative friendship in the quieter moments.

Speaking of connections, the most surprising one formed in the last few scenes turns out to between Kate and Pam, as the latter is finally pushed a bridge too far by her brother’s actions. Melissa Leo is the unquestioned MVP of this series, someone who knew exactly when to chew the hell out of scenery and yet could shift gears into the more serious or complicated. She kept you guessing at all times and encouraged you to play along with what was happening, as necessary to the story as the stoic center Ethan provided. With her unshakeable loyalty to her brother the only constant in her motivations, her change of heart in the show’s final hour is all the more painful to witness.

Yet Pilcher makes the decision to betray him an easy one, given how much of “Cycle” he spends occupying the role of evil genius. True colors are finally shown, and Toby Jones falls back into a Dr. Zola role, feeling that his intellect elevates him over the rest of the people he’s picked to populate a new utopia. His confrontations with Pam and Kate both prove that there was never anything close to compromise for this experiment, protestations of his ideals disguising that this was a little boy who didn’t want anyone else playing with his toys. As much as Ethan and Kate set themselves in opposition to him, it’s fitting that it’s his sister who takes him out of action, his madness finally pushing him to a point where there were no bridges left to burn. 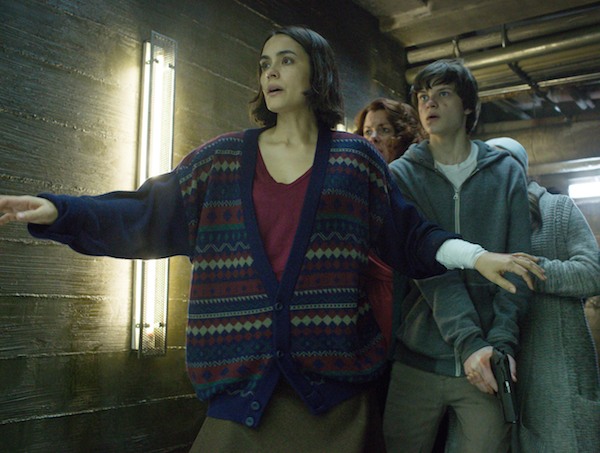 In the end though, the (mostly) final resolution of the story belonged to Ethan. Matt Dillon proved to be the perfect lead for Wayward Pines, able to serve as the point of entry character reacting to all the insanity of the town, his dumbfounded expressions evolving into an ability to roll with the punches and even throw some out himself. While his decision to sacrifice himself could have come across as a cliched move, it fits in nicely with the overall themes of a greater good that Pilcher tried shoving down his throat over the last few weeks. Ethan only wanted the best possible outcome for an impossible situation, did the best he could with the resources he had, and in his closing moments—abbie hands ripping through the elevator floor in terrifying fashion—he’s the one person in the entire episode who seems at peace.

Thankfully, the sour taste at the end of it doesn’t taint the rest of the ten episodes that Blake Crouch, Chad Hodge, Shyamalan, and others were able to assemble from the original book trilogy. Wayward Pines turned out to be an unexpected treat of the summer, a show full of more than qualified performers embracing the material they were given and running with it, a sturdy delivery system for the unexpected with just enough foresight to keep moving and be the best version of this particular story it was capable of being. It’s just a shame that in its last few minutes it wound up being its lesser self. 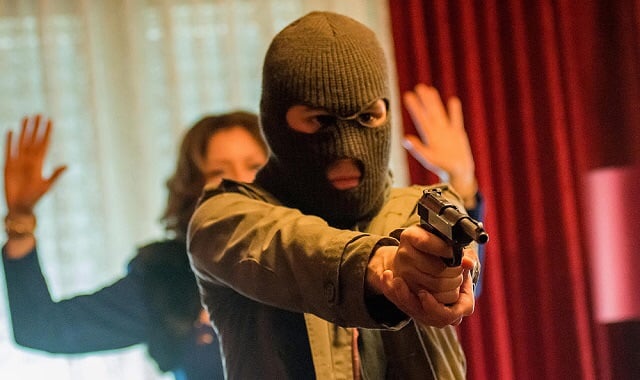 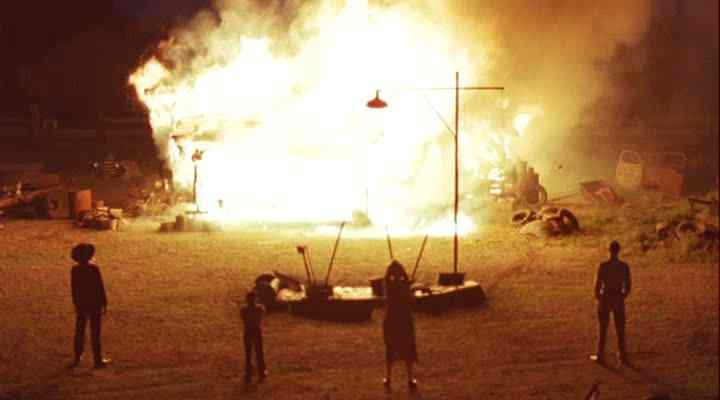