After the events of “The Truth,” it’s understandable that the next installment of Wayward Pines would feel like the series was coming back down to earth. So much information was thrown at the viewer, and done so in a manner that exceeded all previous acting and directing efforts on the series, that it set a bar which successive episodes would continue to grasp at. As such, while “Choices” isn’t perfect, its flaws are ones that are largely forgivable because of the position it occupies in the series’ running order, rather than anything it does narratively or in terms of performance.

The main problem with “Choices” is that the bulk of the episode is a healthy dose of exposition. “The Truth” was similarly heavy on telling instead of showing, but it had an advantage in that fans were hungry for answers to the various mysteries posed. Now that the mysteries are answered, Wayward Pines has the less glamorous task of explaining how this world works, which it does by taking Ethan (and the audience) on a tour through Dr. Pilcher’s grand ark. Although it’s enlivened by such detours as a captive abbie scaring Ethan in an abandoned operating room Silent Hill-style, there’s still a rote feeling to much of what occurs, time spent on dry descriptions of food supplies and surveillance tactics. After pulling back the curtain to reveal the wizard, an explanation of the pulleys and lights behind it is naturally going to come across as a drier option.

To its credit, “Choices” does make the effort to liven things up by framing some of this info dump in the context of Pilcher’s flashbacks. Yet there’s still the feeling of something missing in these scenes, largely because there’s not much difference between Dr. Pilcher and Dr. Jenkins even with the latter no longer a necessary deception. Toby Jones is a terrific actor, but the character comes across as so meek and reserved that it’s hard even in the past to buy him as the revolutionary mind behind this great project, the captain of industry capable of developing a vision for the future. Even in his highest moments he appears beaten down, lacking the confidence that his position or his dream should instill. Compare that with Megan, whose brief appearance at Pilcher’s book signing demonstrates more passion and force of will than he does; or Pam, who in her past and present moments exudes quiet certainty in the rightness of their path. 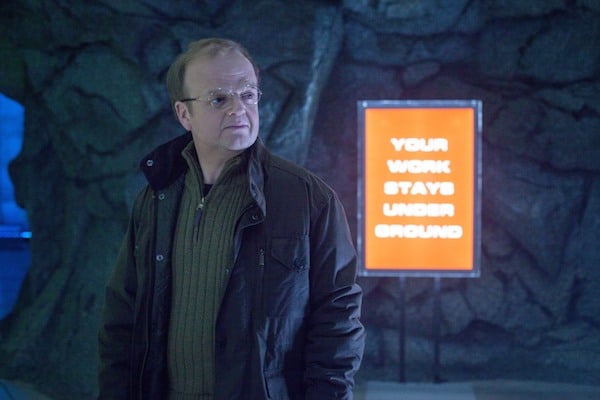 That timidness does work in his favor in the last act of the episode, when he stops going over the nuts and bolts of the town and drops another bombshell on Ethan: this isn’t the first time he’s tried this. The episode’s cold open—a sufficiently unsettling look at a post-apocalyptic Wayward Pines main street—turns out to not be a dream or flash-foward but the results of letting the town in on the truth of the abbies to begin with. It’s a reveal that restores some of the mystery and danger that all the reveals may have taken away from Wayward Pines, and asks a few more questions: Have there been more failures that Pilcher’s choosing not to disclose? Is his cryogenic storage big enough to survive another one? And how much empathy does Pilcher still have for those who reject his vision of a better life? The safety of the town, now placed in Ethan’s hands, feels more fragile than ever.

“Choices” also moves to fill the mystery gap with the introduction of the Wayward Pines resistance, spearheaded by Kate and Harold. Revealing that they were conspiring with the late Peter McCall to find a way to breach the fence is a surprising twist, particularly given that they were the ones who turned Beverly in back in “Do Not Discuss Your Life Before.” Yet given the degree to which the town is saturated in secrets, it’s understandable—and a bit chilling—that they might consider an impulsive escape plan a danger to their own efforts and that Beverly could be a necessary sacrifice to ensure they don’t fall under any suspicion of their own. These people have been behind the wall a lot longer than Ethan has, and have seen too many escape attempts fail to think it’s worth acting before the time is right. Had Ethan and Beverly been willing to be more patient in their efforts to escape, it’s possible a future dinner would have yielded an invitation to join their ranks and play the long game. 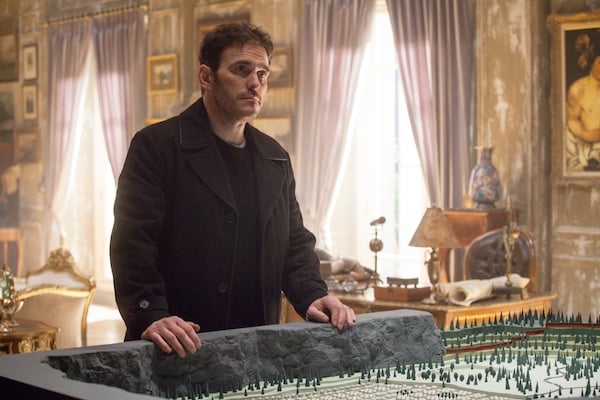 And by turning Kate and Harold into rebels against the machine rather than cogs, it allows Wayward Pines to explore more sides of both characters. If Ethan’s not going to try escaping anymore, the show needs to introduce further threats to the town’s safety inside its borders, and placing it in these two is another good subversion of the seemingly perfect life Wayward Pines provides them. The scene where the two are going back and forth over the extent of how far they’re willing to go to see outside the wall (and for Harold to potentially see his fiancee again) is a particularly strong one, casting them as a couple forced together and who have still found a degree of intimacy together.

As for Theresa, her curiosity continues to push her closer to the truth, as she’s come across some information in Peter’s things about a lot that’s vacant for now good reason. It’s interesting that given the focus on keeping the Burke family together, all three of its members are now caught up in their own exploration and interpretations of what makes Wayward Pines tick. Everyone’s getting a different story, told to them by people whose motivations aren’t exactly in line, and increases the chance that through no fault of their own they may be heading to opposite sides of the battlefield. And while “Choices” isn’t on its own a kinetic episode of Wayward Pines, the reveal of the bomb that Harold’s concealed in a music box and Ethan’s promise to defend the town against all enemies foreign and domestic leave little doubt that a battlefield is in the making. 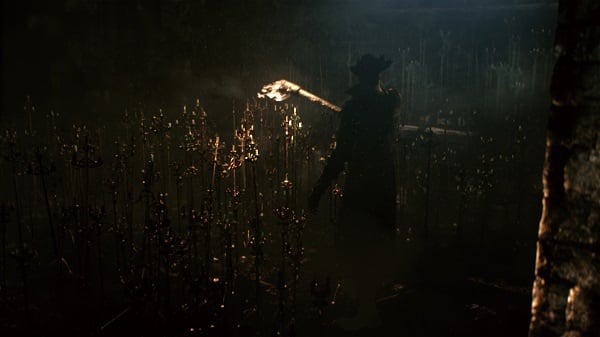