From props, rental businesses to museums, and members of the local community, are the places where movie producers get those amazing and sometimes strange or rare props you see in the movie. Some are even custom built.

Oh, did I forget to say the trash? Heck yes! Items you don’t want can be a movie director or producer’s treasure. Sometimes we remember the prop more than even the movie, like the round glasses in Harry Potter or the sword in “Kill Bill,” etc.

If you’re like me, and I believe you are, then you’re constantly curious about movie sets and where they get the props, where they did the shoot, how they make that scene so seamless, and so forth. I’m the worst person to watch a movie with since I’m dissecting the whole thing.

Either way, it’s amazing how they think of all these things to enhance the scenes, so I did some research to help you understand how and where movies get their props and what happens to them afterward.

What are Movie Props? 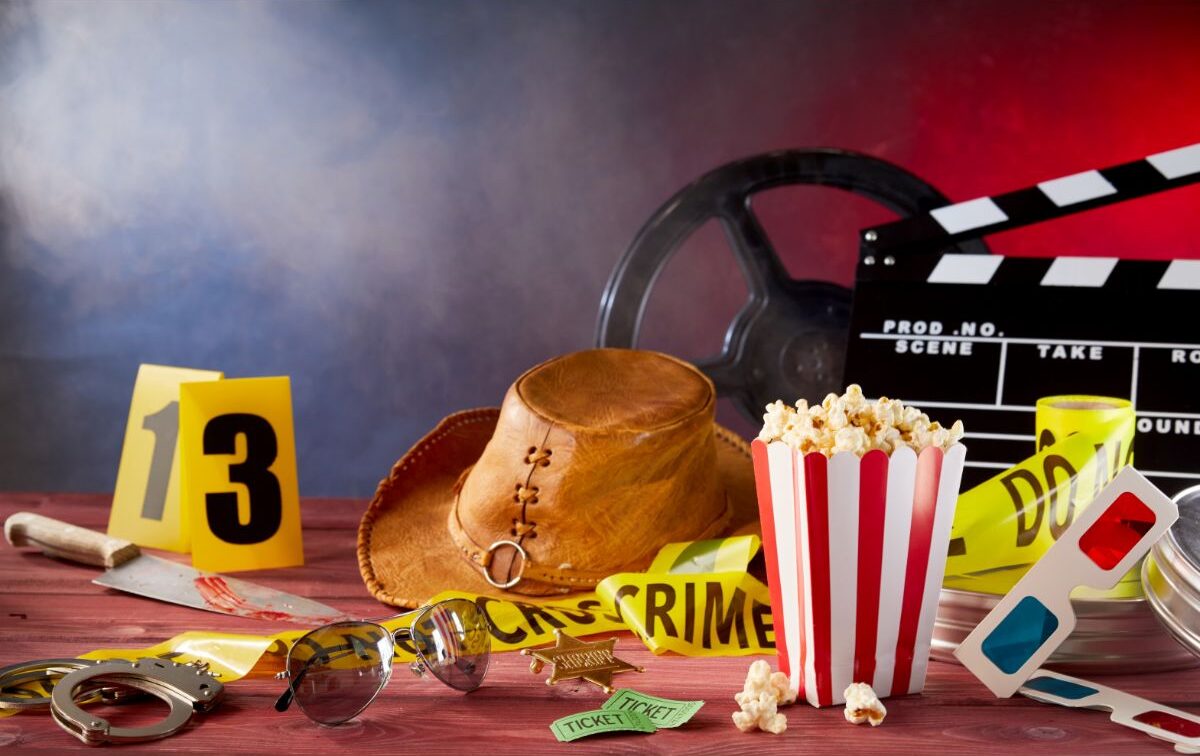 In the film, a prop is a non-living object that is used by an actor to further the plot. There is a vast variety of props that can be utilized in a variety of ways and for a variety of purposes. The property division (also known as the props department), controlled by the prop master, acquires, designs, and creates props.

This means that props must not only fit the film’s concept but also be functional, as they are handled by the performers.

Where and when a narrative takes place can be determined in part by the props that are used. This is known as the setting. When it comes to historical films, props can help establish the period by indicating the technology, aesthetics, or function of the period.

The location of a story can also be conveyed through the use of props. They can be used to identify the country of origin of a story by depicting the culture of a certain region. Think about Walking Dead and how perfect their set was. They chose a laid-back rustic town called Senoia south of Atlanta in Georgia.

Other uses for props are:

Where Do Movies Get Their Props? 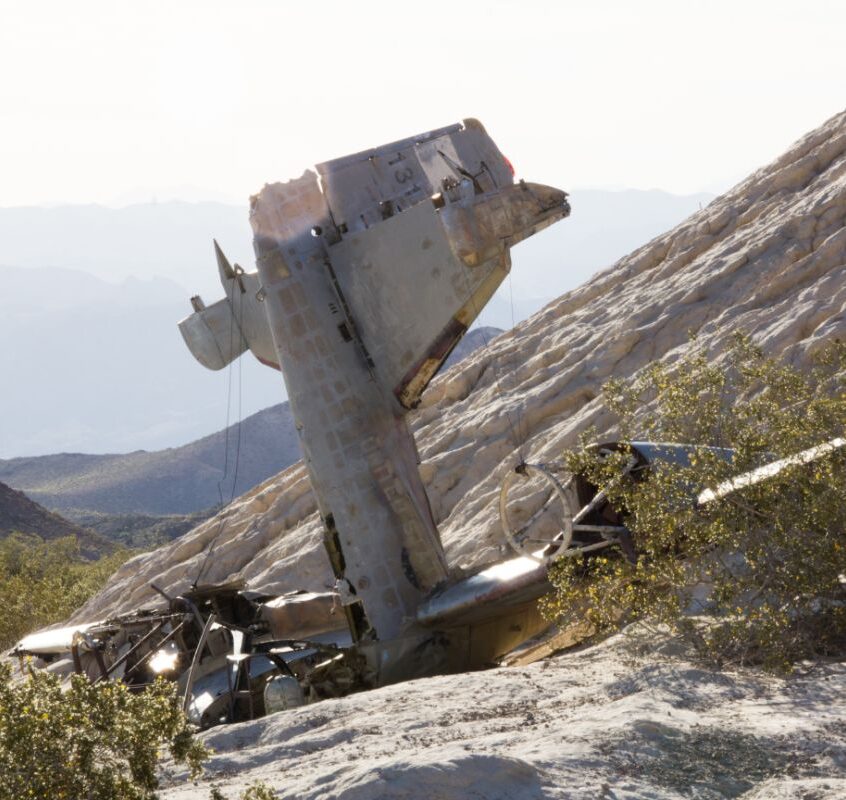 The first place that moviemakers check for props is their warehouse. Next, they rely on prop rental facilities, some old, others modern, to supply them with anything from a pin to an anchor, literally!

Prop houses that have been providing props to Hollywood for decades are used by filmmakers to purchase or rent their props. Moviemakers had their large prop departments in the days when movies were a dime a dozen.

People like Chuck Barris, who not only hires out different kinds of automobiles but moreover constructs and customizes them, are examples of specialists. Additionally, there are airports near Atlanta, New York City, Hollywood, and other major filming locations that have a wide variety of airplanes to choose from.

It’s also possible for a local boat trader to swoop down on beaches around the world at any given time. Other than that, there are stores devoted just to the sale of apparel, which has a seemingly infinite variety of garments.

At this point, everyone checks their contact for private individuals who are assured – or know who has – at least one item that has ever been created or acquired, in human history.

Where do Movies Source Rare and Technical Props? 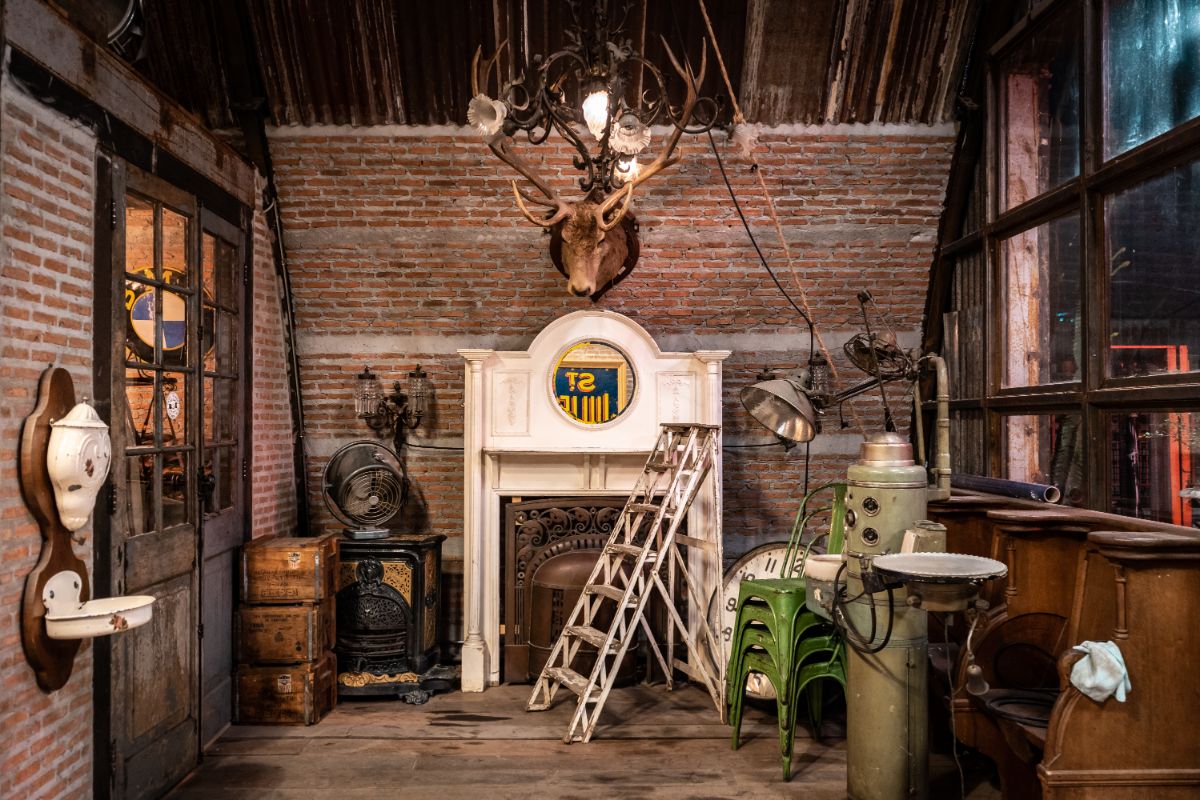 A buyer from the art department will discover and purchase or rent the bizarre prop if it exists or has existed in the past.

If a prop is unavailable, unreachable, or even if it never actually existed, the division or a prop company will design and construct it.

In some cases, external specialists can be hired to assist with rigging the prop with gadgets to make it do exactly what the script requires. However, this can be done by many prop builders themselves.

Are Props Customized in Movies?

Multiple versions of a technical prop can be made if it has multiple modes and configurations; for example, a set of easily rented butcher knives includes a real one for kitchen food preparation scenes and a blunted one that is used most of the time.

Then there’s a rubber one for lunging around, a retractable one (for bludgeoning), a wire attached split one (for through-stab perception), and one that produces a stream of blood when drawn across the skin.

They all come as a set, and you could do the same with a vehicle.  There’s the genuine thing, a floater, an interior-only model, two fiberglass clones on a Toyota chassis, and so on.

It’s not uncommon for custom-built props to be used in other films or television series. In the 1960s and 1970s, this was a common occurrence. To avoid the prop appearing in another film, some directors pay a premium to have it destroyed or retired/archived.

Do Actors and Crew Members Get Any of the Movie Props? 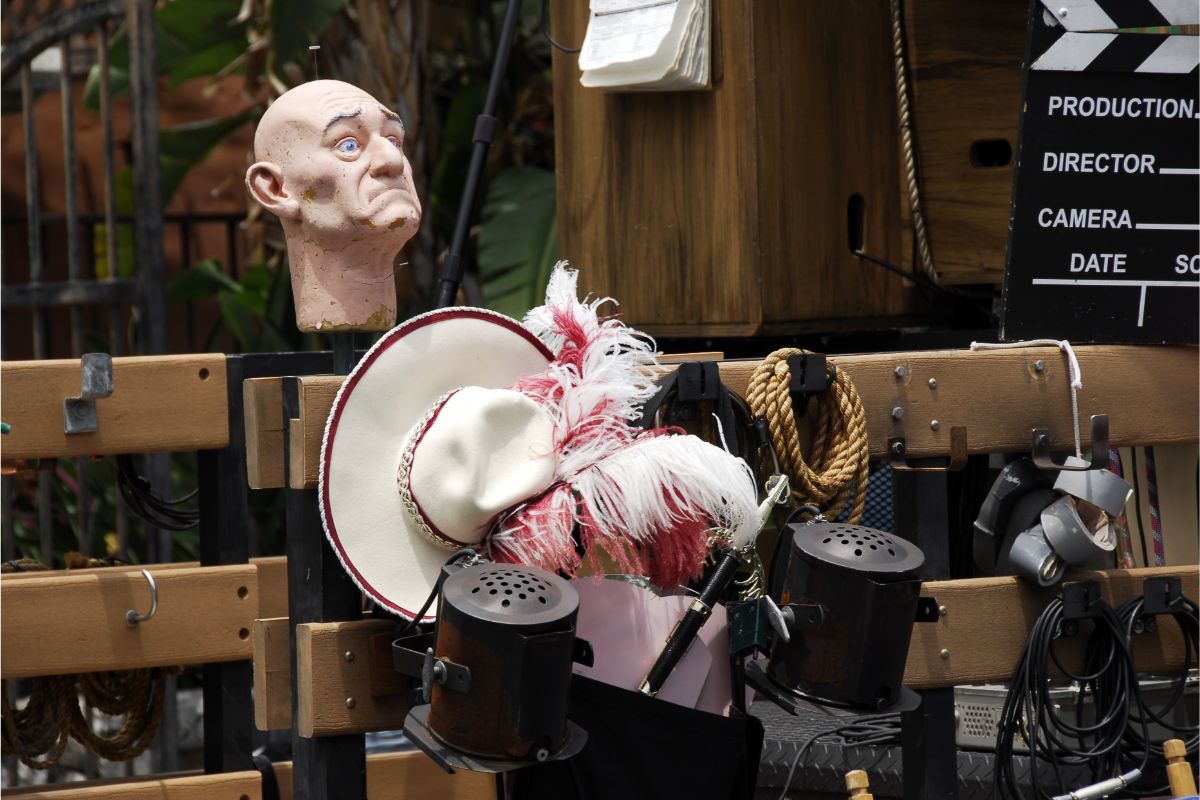 Sometimes the actors and crew members get to keep a prop or two but most times they don’t, especially if it’s an artifact. Some actors have even tried to sneak off or have managed to sneak away with some props but they’ve had to return them.

Sometimes the cast and crew are allowed to keep a few beloved items, though this does not happen as often as you’d think. For instance:

What Happens to Props After Filming Ends? 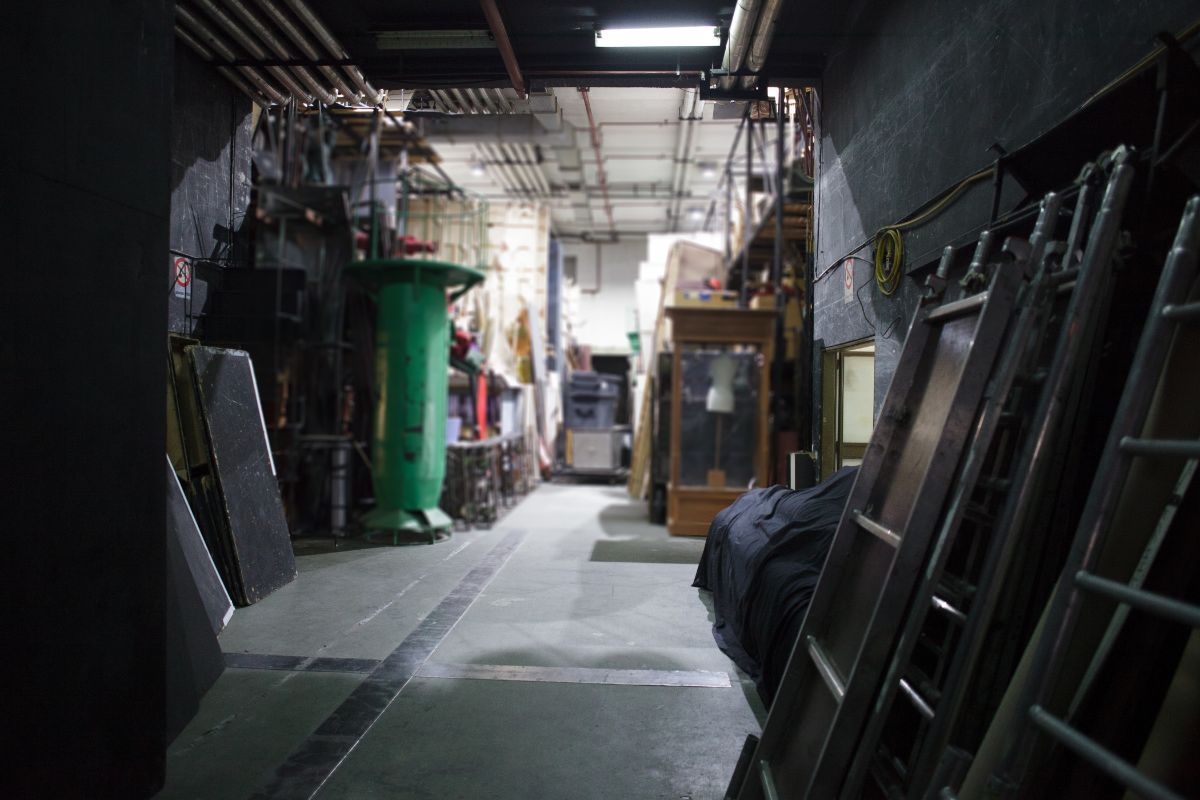 It is common knowledge that all of the major film studios have warehouses full of gems. In addition to props, costumes, and transportation, you’ll discover departments for anything else you’ll need on the set.

The Ghostbusters’ Ecto is on display at Sony’s warehouse, which is open to the public on a guided tour for a fee. 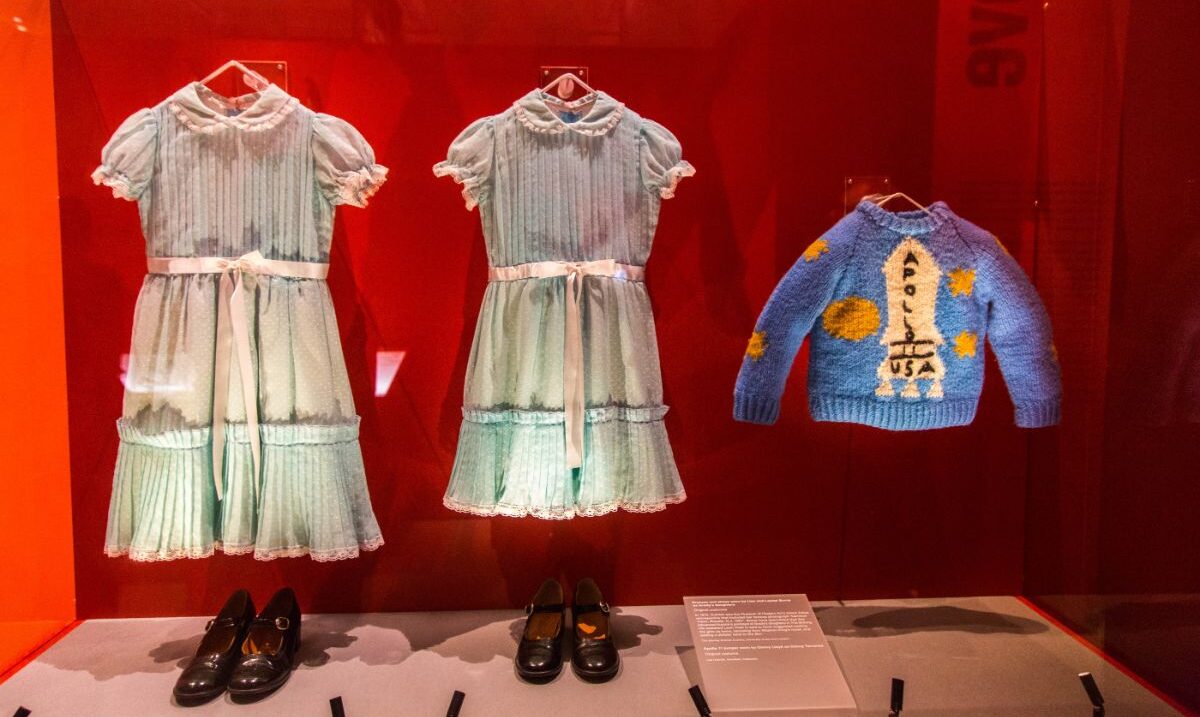 All across the world, museums display movie props. There are almost 10,000 artifacts in the Hollywood Museum in Los Angeles’ collection of actual cinematic memorabilia, such as The Silence of the Lambs jail, used by Hannibal Lecter, and the boxing gloves from Rocky.

Also, costumes from Planet of the Apes, and the honeymoon dress worth a million dollars that Marilyn Monroe wore. Museums dedicated to James Bond, Lord of the Rings, and Mad Max you’ll find abroad, and they all feature authentic movie artifacts, costumes, and cars.

Studios may hire independent prop houses to keep their sets and costumes to save space. One prop house received every item related to the Pirates of the Caribbean, including swords, cannons, weapons, and costumes. Having made a huge success of the first film, they were forced to pay for the rental of all of the merchandise they sold.

Do Movie Producers Toss Any of the Props After Using Them?

When the producers need to make space for new movies, they sometimes toss the props from previous movies. Oftentimes people come upon these items and make a big buck.

However, for items they do not want to see pop up on any other movie set, the filmmakers will ensure these items get destroyed.