Depending on the budget of the film, a composer’s salary could range from $400,000 to $2.4 million. Composers needn’t limit themselves to cinematic projects. Composers of video game soundtracks often earn between $30,000 and $75,000 for half an hour of work, whereas those who write jingles make between $500 and $15,000 per commercial.

Contents show
How are Composers Paid?
As a Composer, What Do You Need to Do to Get Started?
Who Benefits From a Composer’s Work?
Composer’s Path to Success
What are the Ways to Find Film Score Jobs?
Knowledge and Skills that a Composer Requires
How Important is it for Composers to Collaborate in Independent Films?
What Training and Education Does a Composer Need?
How Does a Composer Keep Up With The Industry Changes?

How are Composers Paid? 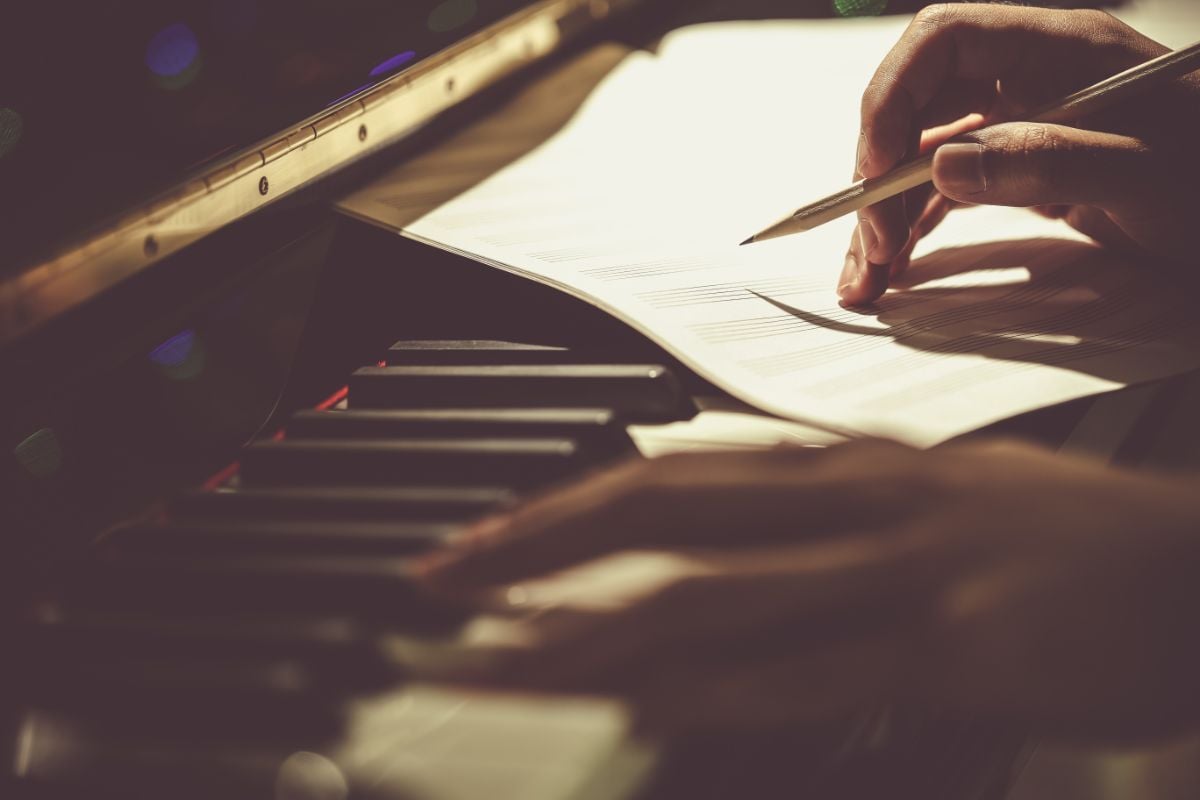 Because they are paid on a project-by-project basis, the same person’s take-home earnings can fluctuate wildly. For a new composer, that could entail getting paid only $2,500 for composing the entire soundtrack for an independent film.

The biggest benefit of working on low-paying projects is that it helps you build your résumé, which can help you land higher-paying positions in the future.

As a Composer, What Do You Need to Do to Get Started?

To become a composer, one must have a thorough understanding of both music theory and musical instruments, as well as how they interact together (orchestration). Inspiration, ideas, concepts, and understanding of how to develop your thoughts are all that you need if you don’t already have these.

It’s that simple: Your credo is “Concept, Content, and Craft in Composition.” I am a classical composer.

As a budding composer, you’ve probably been cautioned about the hardships of life as a homeless musician, working as a waiter to make ends meet. Even though the music industry is fiercely competitive, there are numerous ways for a composer to make a living while still creating music. All the time, you’re listening to music composed by composers.

Who Benefits From a Composer’s Work? 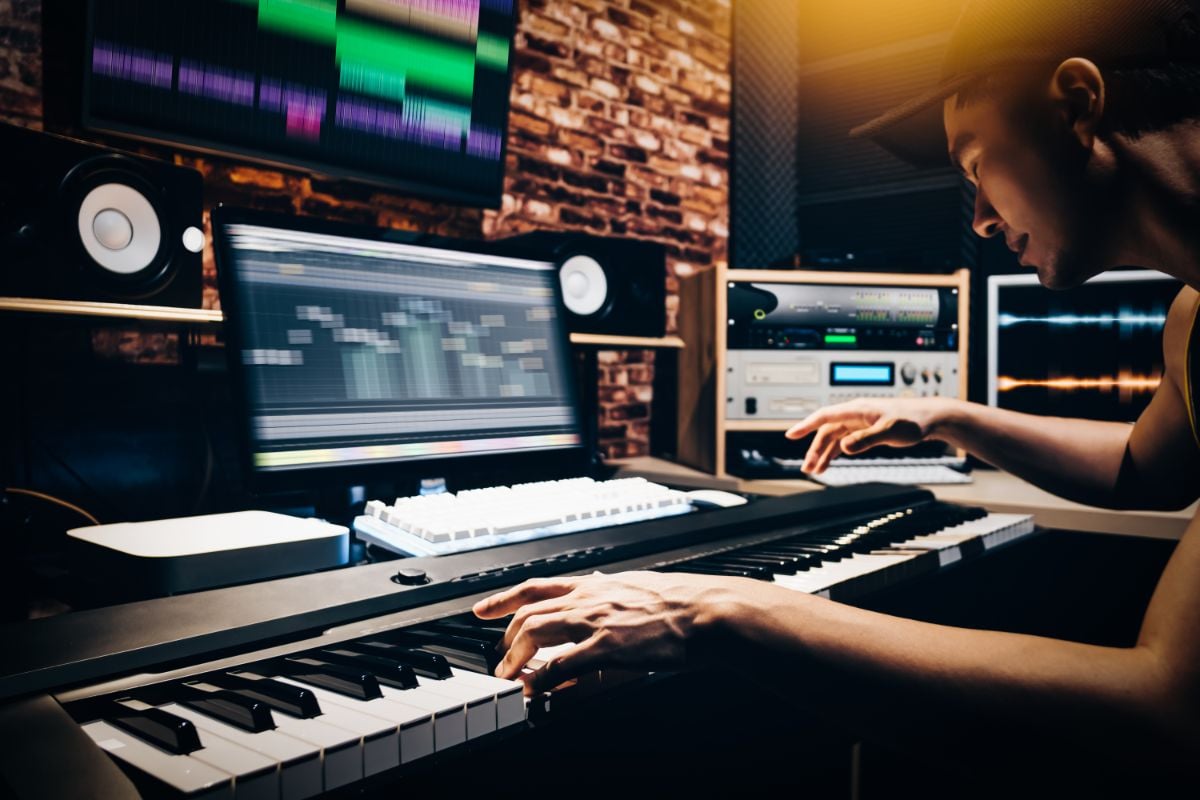 All kinds of media can benefit from the work of composers, from films and television to stage shows and computer games. Often, a composer will be charged with generating a specific product for the needs of a specific client. To deliver the service, it may be necessary to put aside personal preferences.

Composers need to be both talented musicians and well-versed in business. As well as dealing with customers, a composer must supervise musicians and devise reasonable budgets for their projects if they are to be successful.

Many of the steps in the writing process take place in front of a computer, in a program called a word processor.

When writing as well as arranging melodies for a film, computer game, or TV program, the composer will observe pertinent scenes to make sure the music flows together. Without being overbearing, music should serve as a guide to the narrative.

Composers play an important part in the recording process after writing the score. Because so many composers are self-employed, it is not uncommon for the composition process to be unpredictable.

See also  Game of Thrones, Ep. 2.07: "A Man Without Honor" brings Jaime Lannister back with style

The pay for this kind of employment is extremely variable. 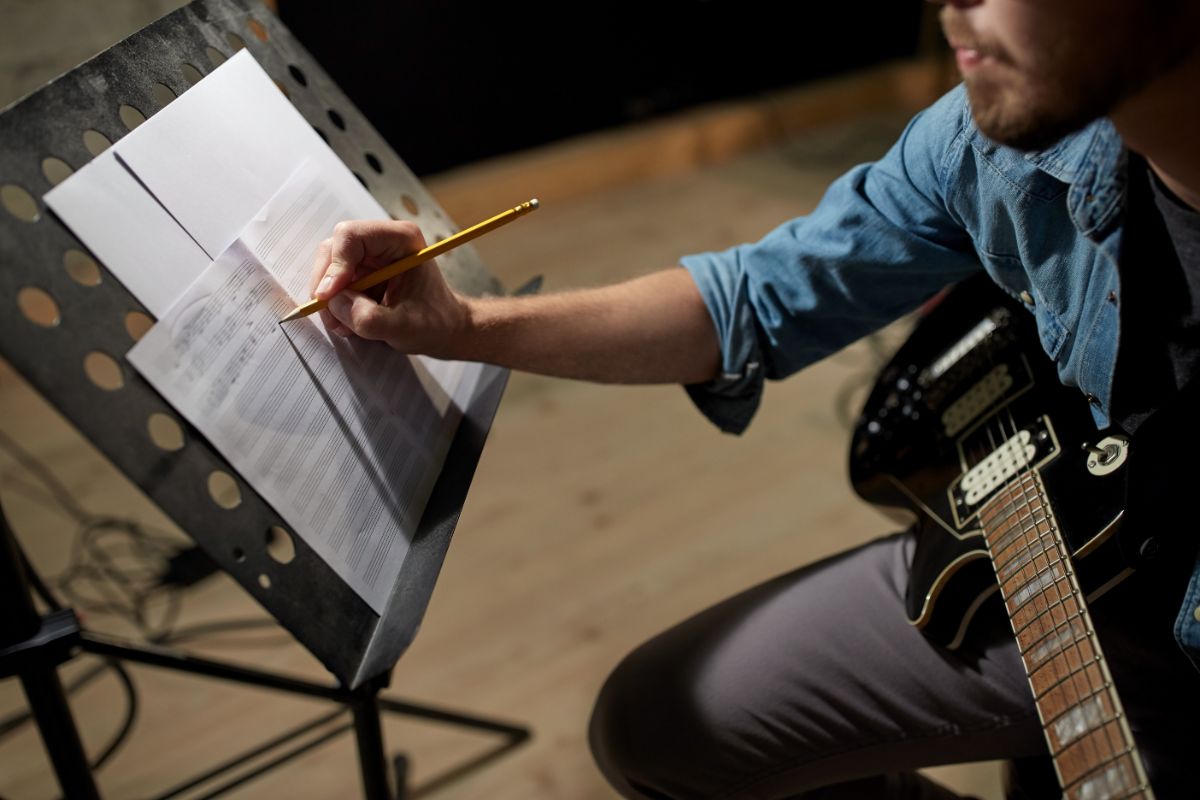 First-time composers have a hard time getting their foot in the door and making a decent living. Independent films, he believes, “have better prospects now since many individuals make films outside of studios,” although they typically have rather small or no funding.

In this field, advancement is essentially financial, and few will ever acquire the brand recognition as well as the huge salary of someone like Hans Zimmer. Music Supervisors can also become composers.

What are the Ways to Find Film Score Jobs?

Jacob Yoffee, a film score composer, recommends checking job listings for employment openings, addressing directors, as well as collaborating on student films as the ideal places to begin your job search. “It’s going to be a difficult ride if you start at the bottom.” Some of the things you’ll work on will make you think, “I sure hope no one sees this.”

Just find that one individual who says, “I’m willing to give you a shot.” “Work with everyone,” he says. Don’t be afraid to go for the big one, no matter how big or small. No matter who hires you, you must give everything you’ve got.”

When it comes to making music, you have to be capable of recording, producing, and blending your sounds.” “It’s pretty unlikely that you’ll have financing with a mixing engineer, editor, dubbing engineer, and ensemble” especially on smaller films. Is there anything else you can do for them?”

Knowledge and Skills that a Composer Requires 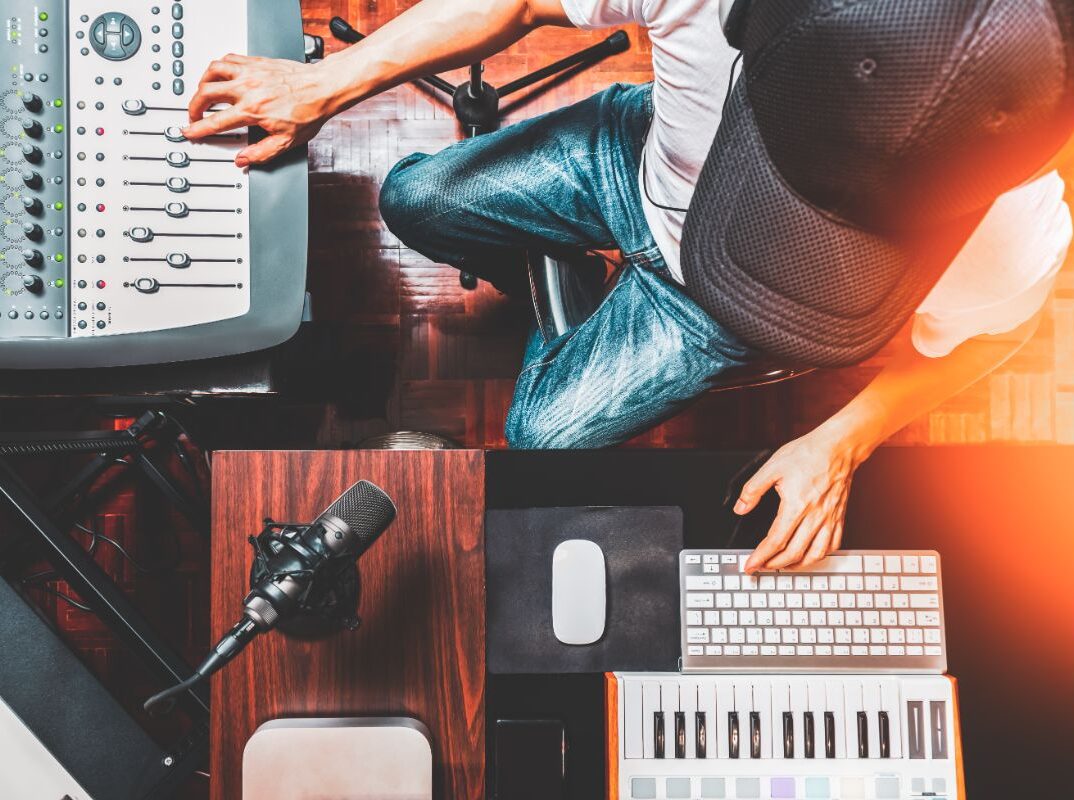 Even though the first few years of a composer’s career may be difficult, he or she will likely begin to make more money as their name grows and they work on more high-profile productions. For example, a more secure career could be working for an in-house music production team for a video game developer or producing theme songs for a television show.

To compose for video games, television, and film, it is vital to practice writing for ensembles. Sampling software, editing, and updating recordings are also critical. It’s critical for the composer to be conversant in the lingua franca of the medium he or she is working in, whether it’s film or television.

It’s also crucial to have the ability to perform. The ability to play piano and guitar is “the biggest benefit to any film Composer,” according to Yoffee, with the flute, saxophone, and clarinet all critical.

How Important is it for Composers to Collaborate in Independent Films?

Collaborating on independent films is essential since it enhances one’s résumé, offers real-world experience, and helps one make new friends.

To be a composer, one must be meticulous and versatile, have a solid work ethic, and write quickly. A profession as a Composer “isn’t good for somebody with a total artist mentality” who views their work as “a masterpiece that can’t be fixed,” according to many composers.

“It’s not a product in any sense of the word. “It’s a good thing.” A pop mindset or a lyrical launching pad is not required to enjoy this.” Try your hand at songwriting,” as the saying goes. Moreover, “simply a love for music isn’t enough.” You must also be a film buff. As a film composer, you are also a filmmaker.

What Training and Education Does a Composer Need? 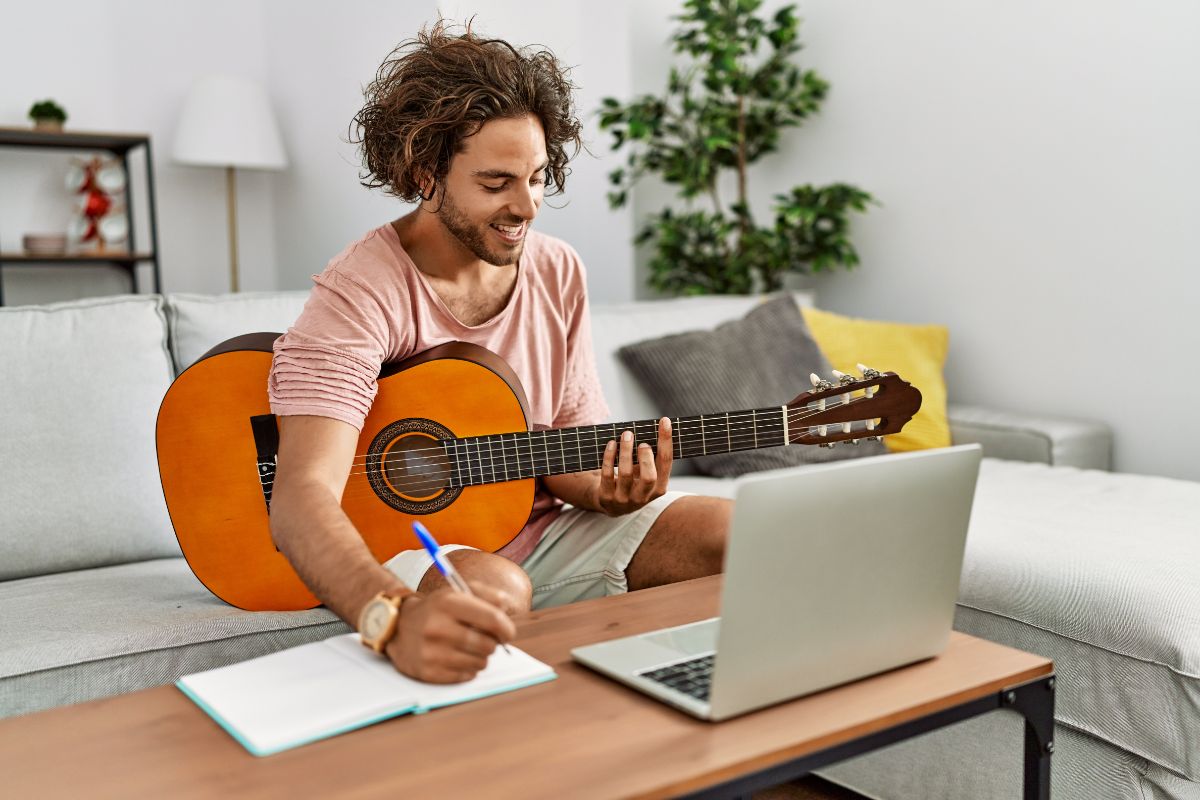 To become a Composer, one must go to school. It’s important for composers who want to get started to learn the fundamentals of music on a basic level, like song structure, so that they can throw together 20-30 minutes of content rapidly.

For example, an MA in Film and Multimedia Scoring from New York University, along with years of expertise playing jazz, make Yoffee an ideal candidate for this position. After learning how to compose music but not how to use film and computer software, he decided to pursue a postgraduate degree.

How Does a Composer Keep Up With The Industry Changes?

To keep up with the ever-changing technological landscape, he believes that while he “would recommend some type of education, you can’t graduate and be skilled enough to instantly start working at a higher level,” he would “recommend some kind of training.” Entrance into a college program should be based on the student’s questions, interests, and goals.

Many of the professional Composers that Yoffee knew went to the University of Southern California, a school with extensive connections to Hollywood’s film culture and hence many options for students looking to get into the industry.