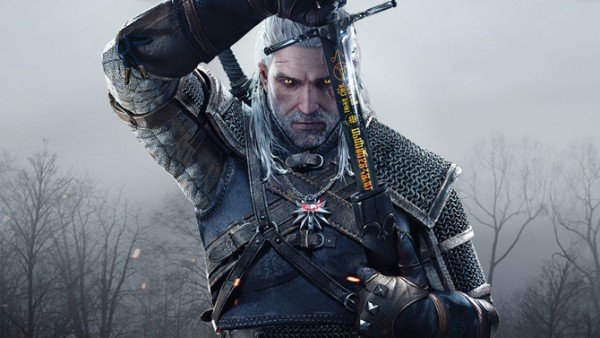 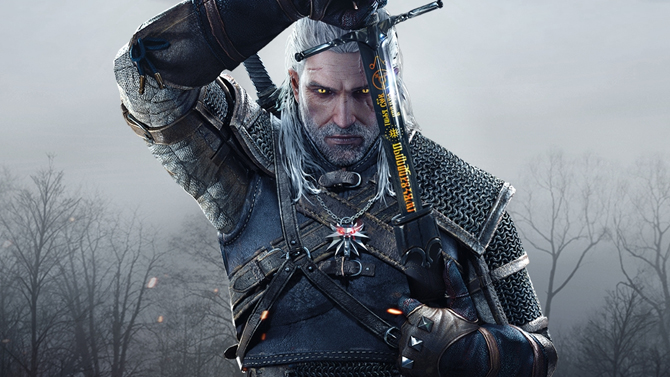 In a little under three weeks, Geralt of Rivia will make his return to PCs and current-gen consoles everywhere for the third and final time. For long-standing fans, as well as those that have never delved into the series before (something that should swiftly be rectified), what should players expect when May 19th rolls around?

A massive world to explore

According to devs CD Projekt RED, the world of The Witcher 3 is to be thirty times larger than in previous games – no mean feat considering the playing area was fairly vast already. When asked how it compared with Bethesda’s Elder Scrolls series, a dev on the project described it as being some 20% larger than Skyrim. And it sounds like a pretty varied place to boot, with parts being inaccessible without commandeering a horse or sailboat.

But of course, a huge open world is only fun if there’s things to do in it (just ask any Dragon Age: Inquisition player). Well if Projekt RED are to be believed, there’s roughly 100 hours of RPG goodness to be devoured; 50 for the main story, and another 50 for side-missions. Each quest will have numerous ways to complete it, with the player’s actions affecting the world in some way. Just like before, The Witcher 3 will have more than one ending to unlock, depending on the various decisions that were made along the way. How many endings you ask? A whopping thirty-six. That’s replay value and then some. 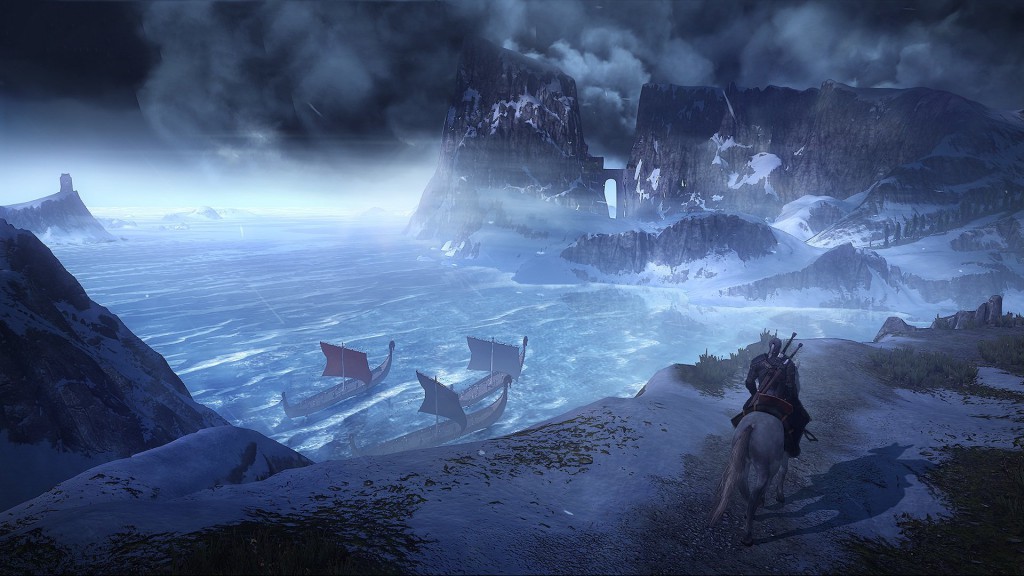 To reach some locations, players will need to set sail, Wind Waker-style.

If The Witcher 3 follows in the footsteps of its predecessors, players should expect a rich narrative filled with politics, magic, intrigue and difficult choices. Geralt is a Witcher by trade – essentially a monster hunter, complete with enhanced strength, reflexes, healing and a nifty night-vision, all thanks to childhood experimentations – and spent much of the previous games as a sort-of “gun for hire”. Whether that was being contracted to protect kings or take down shadowy cabals, Geralt is a complex character on a quest to retrieve his memory, and often it’s up to the player to decide his fate.

The great thing about the choice system in The Witcher series is its lack of clear, black-and-white options. More often than not, players aren’t presented with simple morality questions, but rather are forced between the lesser of two evils. It’s far more gratifying than something like Mass Effect, for instance, and makes the paragon/renegade status bar seem quaint by comparison.

This time around, Geralt is faced with the titular Wild Hunt – a mysterious and mystical army hinted at in previous games. They’re invading the Northern Kingdoms, and a personal connection to the Witcher himself may be the key to stopping them. 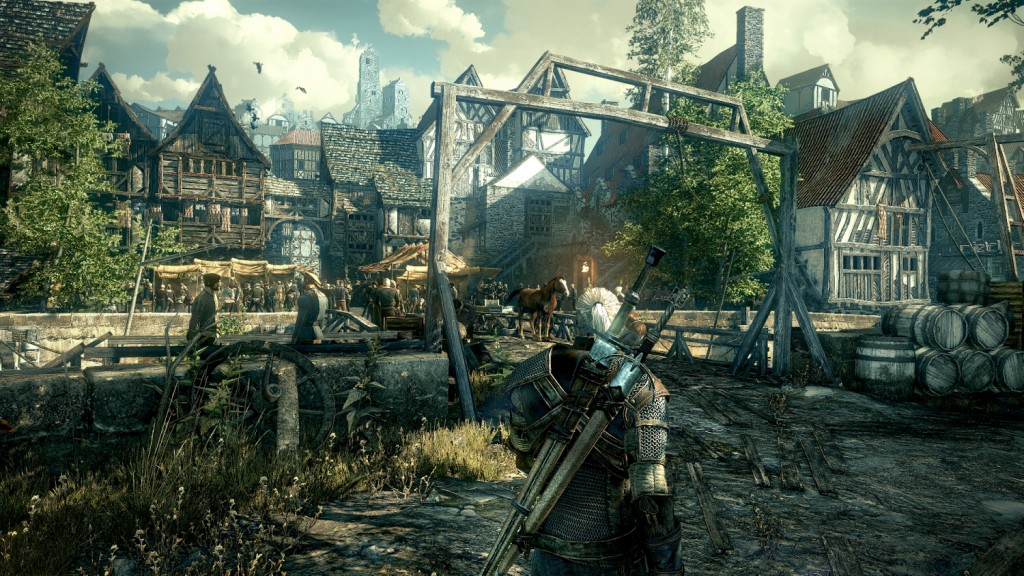 Towns and villages are bustling with activity.

From all the media available, it seems that The Witcher 3 will be nothing if not a looker. A vast, sprawling world with nary a load time is no mean feat, but given what Projekt RED pulled off on the aging Xbox 360 software, it’s perhaps no surprise.

The towns and villages that Geralt explores are beautiful – or filthy, depending on where he is. Evoking a strong Game of Thrones vibe in places, this is a world full of dangerous thugs drinking in the corners of taverns, of villagers that act and react naturally. The voice acting and motion capture is incredibly polished, with understated performances helping convey so much at times – think The Last of Us in places and it’s not far off.

This is a world filled with quests and distractions, but crucially – and something Dragon Age: Inquisition never quite got right – it’s not just empty fields full of mission markers. Geralt is exploring a place that lives and breathes, where every decision the player makes impacts it in some way, where the strength of the writing and the characters make the story sing rather than simply provide a means to an end.

Potions, magic, swordplay. An amnesiac hero. It’s all here, present and correct, but The Witcher 3 is shaping up to be far more than the sum of its parts. May 19th can’t come around fast enough.