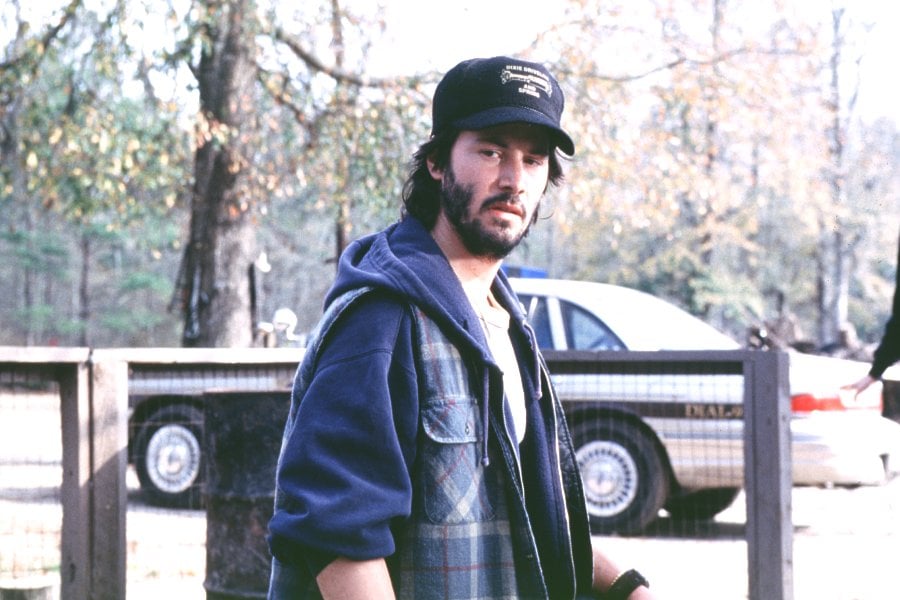 15- Donnie Barksdale in The Gift

Memorable quote: “Messing with the Devil is gonna get you burned. Everybody knows that.”

Say what you will about Keanu Reeves, but given the right project, proper casting, and competent direction, the man can do a decent job. He is far from outstanding in The Gift, but I have to admit that I really enjoyed his against-type casting as a small-town hick. 14-Jacob Mitchell in A Simple Plan

Memorable quote: “I mean, hell, Hank, I’ve never even kissed a girl. You know, if me becoming rich is gonna change all that, you know I’m all for it.”

Billy Bob Thornton works best when playing the creep. This is best seen in movies like U-Turn and A Simple Plan. Here Sam Raimi uses his ugly mug placing him opposite to Bill Paxton has the loner sibling who just can’t get laid. Memorable quote: “We need a hero, courageous sacrificing people, setting examples for all of us. Everybody loves a hero, people line up for ’em, cheer for them, scream their names, and years later tell how they stood in the rain for hours just to get a glimpse of the one who told them to HOLD ON a second longer. I believe there’s a hero in all of us that keeps us honest, gives us strength, and makes us noble. And finally gets us to die with pride. Even though sometimes we have to be steady and give up the thing we want most, even our dreams.”

Rosemary Harris is, in all likelihood, best known to more recent audiences for her part as May Parker, in the Spider-Man films. However, this talented actress has previously won several awards, including an Emmy for outstanding lead actress in a limited series (Notorious) and a Tony award for best actress in a play (The Lion in Winter). Considering she plays an important role in the Spider-Man series, it’s good to know that Sam Raimi not only cast a talented actress but one who would show interest in returning to a Hollywood action film franchise. In fact so far the franchise has been successful in having its entire cast interested in returning, effectively eliminating any strange continuity problems. Memorable quote: “It’s a funny feeling, not knowing who you are. I get a bump on the head and I’m free as a bird.”

James Franco has quickly risen to the list of my favorite actors for not only appearing in such films as Spiderman, Milk and Pineapple Express but also for stealing the spotlight from the male leads. Not only is Franco talented and extremely handsome, but he is one hip dude and chooses his roles well. In fact, Franco is a huge fan of the Beat generation, and recently sought out the leading role in Howl, in which he will play a young Allen Ginsburg. Memorable quote: “You spun your last web, Spider-Man. If you have not been so selfish your little girlfriend’s death would have been quick and painless – but now you really pissed me off, so I’m gonna finish her, nice… and slow.”

William Dafoe has an interesting career. He’s best known for his powerful performances in films like Platoon, Animal Factory, and Auto Focus. Occasionally, he’ll land a role in an action film. Some may remember but try to forget his appearance in Speed 2. Fortunately for Dafoe, most people don’t, and luckily for the actor he was given the opportunity to play Spider-Man’s greatest villain – and he plays it pitch-perfect. Say what you will about the Power Ranger-like costume, but Dafoe’s gravitas saves the Goblin from being laughable. Memorable quote: “You shame me?”

Lorna Raver made Evil Ash look harmless in Sam Raimi’s new film Drag Me To Hell. Her vicious street brawl / all pro wrestling hard core attack on Alison Lohman in a parking lot will forever be remembered has one of the greatest scenes in any Sam Raimi film. Many die-hard fans were disappointed with Sam Raimi’s choice of taking the Venom character and relegating him into a minor su0 plot in Spiderman 3. I can’t argue with that, but whatever little screen time Eddie Brock had was near-brilliant. Let’s just hope for fewer villains in Spiderman 4. 8- The Sandman (Flint Marko) in Spiderman 3

With each successive Spider-Man movie, Sam Raimi and his team challenge themselves further in the realm of CGI effects. One of the biggest challenges thus far in the franchise was executing the fight sequences between Spider-Man and the Sandman. Raimi’s true achievement here, however, is that he never loses sight of  his characters – he never loses sight of the human side of his villains, and the Sandman is no exception. Memorable quote: “I’m everyone – and no one. Everywhere – nowhere. Call me… Darkman.”

Originally, Sam Raimi wanted his longtime friend and collaborator Bruce Campbell to play Darkman (Peyton Westlake), but the studio balked at the idea – they didn’t think Campbell could carry the role. Neeson, who normally wouldn’t take such a role went on to say that he was drawn to the operatic nature of the story and the inner turmoil of his character. Memorable Quote: “It is not. I resent that. Slander is spoken. In print, it’s libel.”

J.K. Simmons was born to play J. Jonah Jameson – so much so, that you’d think the comic book character was based on the actor. Memorable quote: “The power of the sun, in the palm of my hand!”

Doc Ock is, by far, the most interesting villain of the entire Spider-Man franchise. As played by Alfred Molina (with both computer-generated and puppeteer assistance), Doc Ock grabs this film with his gigantic serpentine mechanical arms and refuses to let go. Memorable quote: “Whatever life holds in store for me, I will never forget these words: ‘With great power comes great responsibility.’ This is my gift, my curse. Who am I? I’m Spider-Man.”

James Cameron intended on making a Spider-Man movie back in the 90’s. Rumor spread of casting Leonardo Di Caprio as Peter Parker, which caused an uproar from comic book nerds. Thankfully, those attached to the project wisely opted to back down stating that CGI effects weren’t advanced enough to convincingly portray the hero’s exploits just yet. Thinking back on the idea of casting Di Caprio you appreciate Maguire more. I just couldn’t picture a watermelon-shaped mask on our favorite neighborhood web crawler. Could you? 3- Christine Brown in Drag Me To Hell

Memorable quotes: “Alright, how do I kill this bitch?”

Alison Lohman follows in the footsteps of Bruce Campbell, spending the majority of Drag Me To Hell fighting off the curse a gypsy woman has placed on her in over the top Three Stooges-like fashion that unites the audience in a collective moan-laugh-shriek. A heroic and brave performance by a relatively new actress who has stamped her name forever in the hearts of horror fanatics. Memorable quote: “Sometimes… to do what’s right… we must be steady… and give up the things we desire the most… even our dreams.”

Tobey Maguire is perfect in the shoes of the shy, funny boned, boy next door by day, and hero by night.. He’s adorable enough to fill theatre seats with teenage girls, but not too pretty to suspend our disbelief that Parker is a typical high school geek. Maguire knows the character inside out, knows how to play off the humor when needed and when to hold it back during the films’ more dramatic moments. “Alright you primitive screwheads, listen up! You see this? This… is my boomstick! The twelve-gauge double-barreled Remington. S-Mart’s top of the line. You can find this in the sporting goods department. That’s right, this sweet baby was made in Grand Rapids, Michigan. Retails for about a hundred and nine, ninety five. It’s got a walnut stock, cobalt blue steel, and a hair trigger. That’s right. Shop smart. Shop S-Mart. You got that?”

Campbell runs the full gamut from timidity to full-blown arrogant assholism over the course of the Evil Dead series, and is exceptionally good in the later scenes, when he is pushed to his breaking point. These scenes are even more impressive when you consider the fact that Campbell is quite frequently battling with some unknown off-screen force, thus forcing him to generate all the emotions of the scene on his own. As you watch The Evil Dead, especially today, you get the sense that you are witnessing the birth of the ultimate B-movie hero.