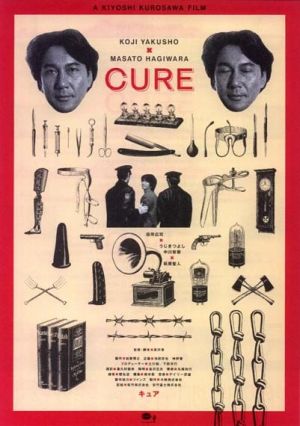 Like many film enthusiasts, I love the Criterion Collection. And while I scoff at some of their selections—I won’t name names—for the most part, I anticipate new releases with excitement and glee (June’s slate is particularly amazing). Of course, due to lack of finances, I can’t buy as many as I would like; though someday, I will own the entire collection, despite the current economy offering little to no financial opportunity for an individual with my interests and skill set, but I digress.

I do, however, have a minor beef with Criterion.  While admiring most of their titles, I’d love to see more emphasis on genre stuff—especially horror.  And don’t get me wrong, Criterion boasts some excellent titles—Carnival of Lost Souls, Sisters, The Vanishing, Godzilla, The Devil’s Backbone, Repulsion, plus the highly anticipated release of Scanners being not far off—but they need more.

First and foremost, the Criterion Collection is closely aligned to an auteurist sensibility. Filmmakers such as Ingmar Bergman, Federico Fellini, Samuel Fuller, Akira Kurosawa, Jean-Luc Godard, and many other important figures are well represented. This is a good thing (just yesterday, I giggled like a schoolgirl when ordering Persona) as they have worked hard to establish a pattern for selections, making it easy for customers to build collections around well-known auteurs.

I see no reason then for B-movie auteurs and violent art-house specialists to be left out of the mix. With a long list of brilliant genre titles yet to find a home on Blu-ray, Criterion would only add to their customer base by bringing in a few new faces. They could even branch out and create a new line; maybe something along the lines of ‘Exploitation and Excess.’ And just in case they need a few suggestions, I’ve listed five horror films to get the ball rolling: 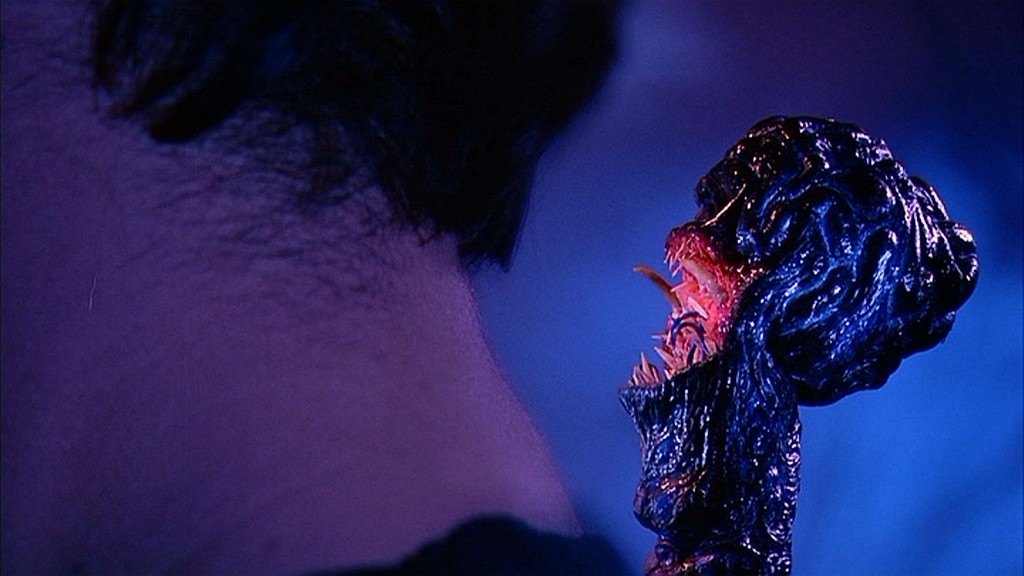 Brain Damage is a perfect exploitation film.  Using innovative special effects, Henenlotter expertly combines schlock and insight to tell a ridiculous story – yet one with psychological depth. The plot, which involves a hallucinogen-producing brain parasite named Aylmer (voiced by John Zacherle) and an unassuming young victim, Brian (Rick Hearst), is a wonderfully over-the-top allegory for drug addiction. Featuring an array of low-budget spectacle and gross-out humor, Brain Damage is a trip everyone should take.

Why Criterion Should Release It: First off, even though the Limited Edition DVD is a good transfer, I’d love to see the liquid blue colours of Brain Damage in high definition.  Plus, imagine how crazy the artwork could be. If they go with blue, it will look ridiculously good sitting proudly beside the eye-popping greens of Repo Man. And after word-of-mouth spreads, Criterion can put out an Eclipse Series release of the Basketcase films. Yeah, maybe not, but a boy can dream. 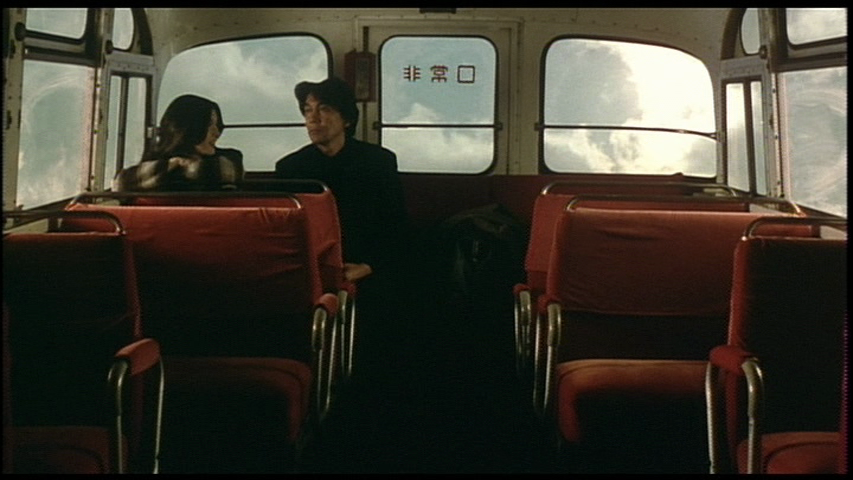 For some reason Pulse seems to be the Kiyoshi Kurosawa film that gets the most attention and I have no idea why. Cure is twice the film Pulse is – and I like Pulse, it is one of the stronger titles to come out of the whole J-horror craze. Cure, on the other hand, is not only one of the best horror films of all-time, it is also one of the best films of all time.

Featuring the first of many pairings of Kurosawa and veteran actor Koji Yakusho, Cure follows police detective Kenichi Takabe (Yakusho) as he attempts to make sense of a series of strange and seemingly unmotivated murders, all connected by a letter X carved into the victims’ bodies.  Kurosawa builds tension slowly, and with an emphasis on mind control and the power of persuasion, the atmosphere is one of slow rumination: settings are sparse and dirty; background noises drone on and on; and theories around the collective unconscious are never far from our thoughts.

Why Criterion Should Release It: (I’m already somewhat confident Cure is already in line for a Criterion release, as they have the film available on Hulu.) Kurosawa’s films embody the kind of genre deconstruction that art-house fans love, while also catering to traditional horror lovers.  Plus, Kurosawa has numerous other titles that deserve Blu-ray treatment: Charisma, Seance, Bright Future, Doppelganger, and Serpent’s Path, to name a few. 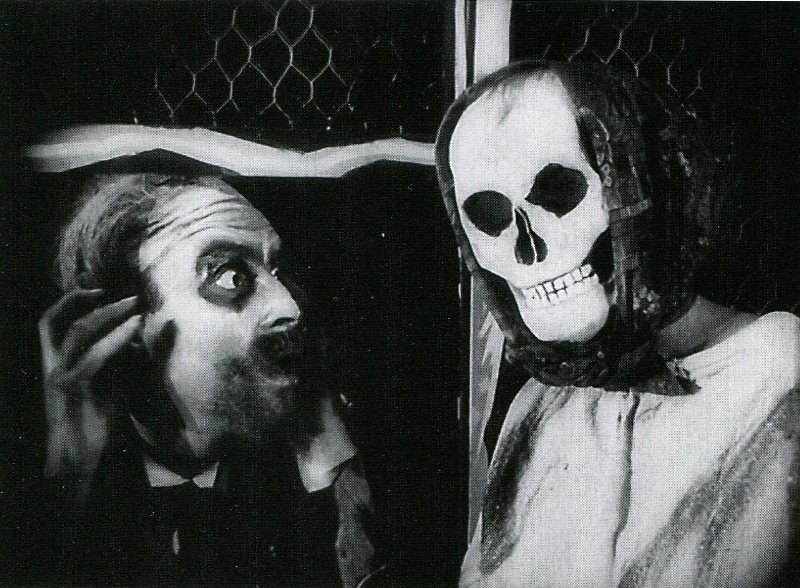 More thriller than horror, From Morn to Midnight is one of the great films to come out of German Expressionism. Based upon the Georg Kaisir play of the same name, the film never received a proper release in 1920s Germany because the German film industry was so outraged by the film’s stylization. The story, which involves a thieving bank cashier who travels through the city looking for a way out of his middle-class existence, is set in a nightmarish depiction of urban life, characterized by images of death and darkness.

Why Criterion Should Release It: It embodies everything they stand for: importance, invention, and a rich history. Using innovative set design and a stylized use of superimposition involving a skull replacing a face, From Morn to Midnight has some of the best mise-en-scene you will ever see. The setting is deliberately two-dimensional, with an emphasis on hallucination. Jurgen Kasten refers to it as “deliberately banal as well as fragile, unfinished, and unstable… Here, the bank reveals itself as a life-sucking dungeon, the fence at the cashier’s house accentuates a prison, itself trapped in its own location [….]”

God Told Me To (Larry Cohen) 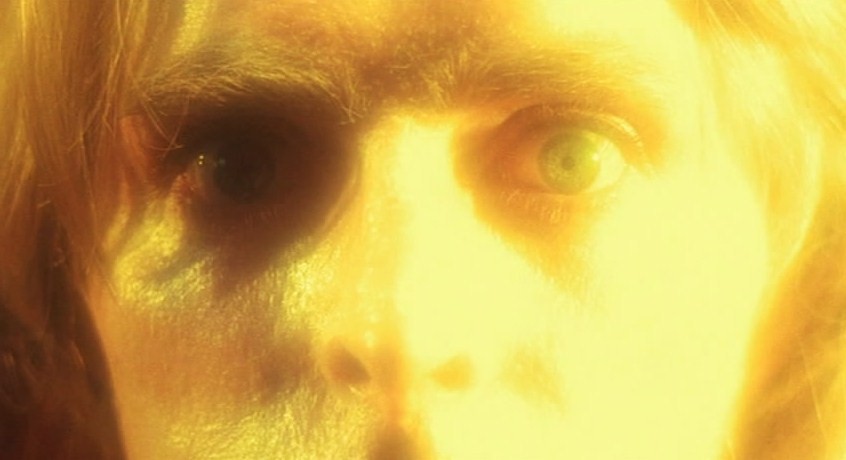 In Nightmare Movies, Kim Newman names the four major B-movie auteurs as: Dario Argento, David Cronenberg, Brian DePalma, and Larry Cohen. Of the four, Cohen is by far the most underappreciated. While being a favorite of many horror lovers, his work has gone relatively unnoticed outside of critical circles—though Robin Wood tried his best. Yet this could change if God Told Me To reaches a wider audience.

Sharing many plot similarities to the aforementioned Cure, Cohen’s film is a police procedural containing elements of sci-fi and horror. Set in New York City, God Told Me To follows detective Peter Nicholas (Tony LoBianco) as he investigates a series of killings, connected only through the shared claim that God told the murderers to do it. What unfolds is a preposterous yet totally engaging mystery that Cohen handles with passion and skill.

Why Criterion Should Release It: The Blue Underground DVD release of the film is decent. However, I would love to see what kind of special features Criterion could come up with. A new documentary on Cohen would be nice, or maybe an in-depth discussion with filmmakers who have been influenced by the film. As far as other releases, the first installment of It’s Alive would fit nicely with Bone, Black Caesar and Hell in Harlem as an Eclipse Series featuring the first films of Cohen. 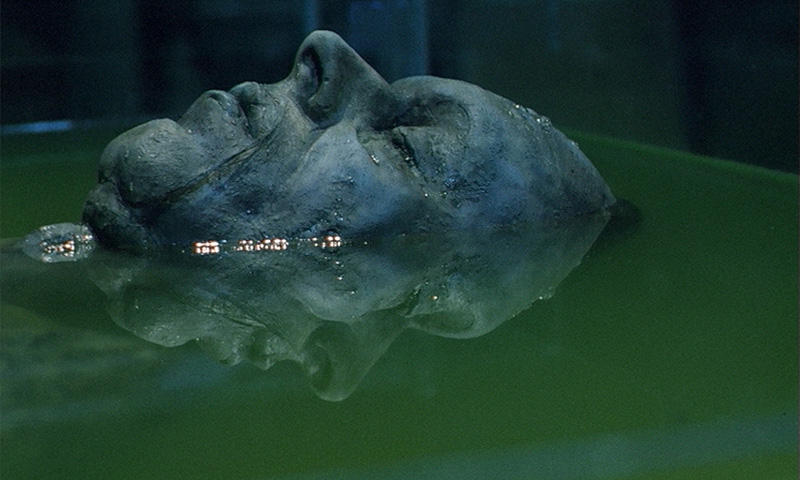 If you have seen an Andrzej Zulawski film, you already know what I’m going to say: nobody makes films like this dude.  His worlds can only be described as overwrought and visceral, where characters are literal embodiments of the id, sex and violence being their ultimate form of repression and release.  Yet, similar to David Lynch, Zulawski brings a calculated voice to his directing where a viewer may feel completely lost and completely aware at the same time.  While Possession is his most infamous—and the one horror fans have been dying to see a Region A release of—Szamanka needs more exposure.

Starring Iwona Petry in a career-defining—and career-ending, as the case was—role as a young student referred to only as “The Italian,” Szamanka tells the story of her intense sexual encounters with an anthropology professor (Boguslaw Linda). And as their relationship—if you can call it that—progresses, the professor starts to draw comparisons between “The Italian” and a two-thousand-year-old shaman (mummified) he and his colleagues have recently discovered.

Why Criterion Should Release It: Though not quite the feminist parable he had hoped for, Zulawski spends considerable time showcasing the misogynistic and abusive sides of society, while never straying too far from exploitation tropes. Featuring top-notch cinematography, an in-your-face soundtrack (with a loud industrial score), and a highly stylized mise-en-scene, Szamanka is a rare combination of art-house, schlock, and outright insanity. And after fans get a hold of this baby on Blu-ray, all Zulawski’s films will be ripe for release.

Note. I’ve tried my best to think of titles with at least a slim chance of being released on Criterion, though I haven’t looked into whether or not other distributors may hold the rights to some or all of these works. Distributors like Kino, Arrow, Blue Underground, Olive, Strand, Something Weird Video, Drafthouse, Eureka, and many others also do wonderful things, and I don’t want to take anything away from them.