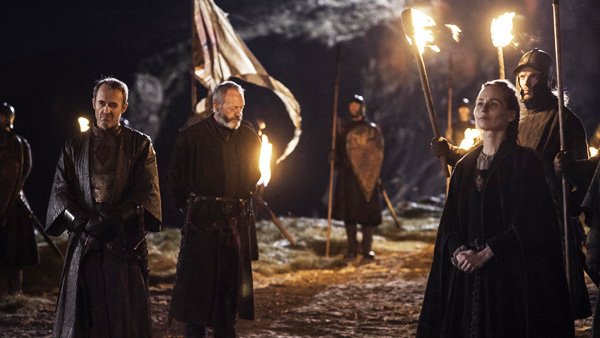 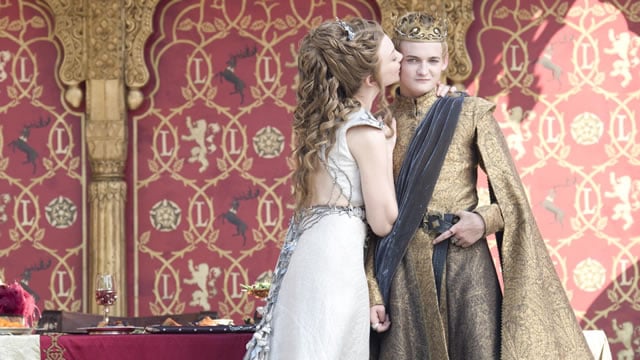 Game of Thrones, Season 4, Episode 2: “The Lion and the Rose”
Written by George R.R. Martin
Directed by Alex Graves
Airs Sundays at 9pm ET on HBO

It would be an understatement to say the “The Lion and the Rose” merely lives up to its hype; it nearly destroys the meaning of hype. Alex Graves directs an extraordinary instalment, grandly conceived, brilliantly executed and incredibly entertaining. It has passion, raw emotion, true terror, and a palpable sense of evil. Despite knowing George R. R. Martin insists on ending each wedding with a gruesome death, as a non-book reader, I was shocked with the end result. It’s also worth mentioning that Martin himself wrote this particular episode, only the third after “Blackwater” and “The Bear and the Maiden Fair.” This time around, he’s given us a royal wedding and in doing so, kills King Joffrey, His grace, Lord of the Seven Kingdoms, and Protector of the Realm. Martin’s teleplays are so well structured, constantly subverting fantasy tropes and switching things up, I can’t help but wish he wrote more.

As it turns out, the person we hated the most in this series falls victim this week in whats is perhaps the show’s most triumphant death. Had Joffrey suffered the physical torture that say Theon Greyjoy suffered, he would have been labeled a martyr. Had Joffrey died in battle, he would have been remembered a great warrior and a great King who fought for his land. Instead, Joffrey is made to look ridiculous in death, and in front of hundreds of guests on his wedding night. There’s something to be said about watching him gasp in agony, while staring directly at Tyrion, a man he’s tortured for far too long. As he dies, Joffrey goes out believing his uncle is responsible for his death, and that my friends, is the best kind of revenge Tyrion can have. 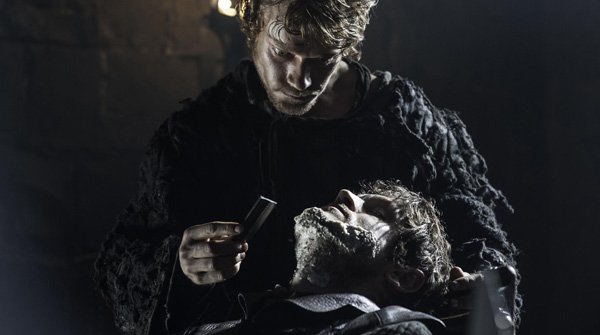 Alex Graves is no stranger to HBO, and “The Lion and the Rose” marks his sixth time directing an episode of Game of Thrones. “The Lion and the Rose” is also his best work yet, an episode so well crafted, the ending, as great as it is, doesn’t overshadow what comes before. “The Lion and the Rose” displays his talent in building suspense, and not just in the final exchange between Joffrey and Tyrion, but also in Ramsey’s two appearances, starting with the cold open in which we see the mad man storming full-barrel into a chase. I guess even the Bolton’s have their own version of The Hunger Games in which helpless girls are hunted for sport. The Most Dangerous Game segment is just but one of two great scenes this week featuring Lord Bolton’s bastard son; the second involves Theon Greyjoy who is reduced to Ramsey’s obedient slave and now answers by the name of Reek. Theon is so beaten and traumatized that he’s barely able to show any emotion when Ramsey delivers the bad news: “Oh, that’s right, Reek. Robb Stark is dead. Sorry. I know he was like a brother to you, but my brother put a knife through his heart. How do you feel about that?” Unlike Joffrey, Ramsay understands the power of cruelty and suffering, and is able to take complete control of his victims – mind, body and soul. His scenes at Dreadfort remain the show’s darkest moments. When Ramsay pauses, letting Reek hear the news that Rob Stark is dead, the tension is unbearable. Alex Graves allows the actors to deliver their lines, and hold steady while we as viewers wait to see what Theon will do. And Theon does nothing… 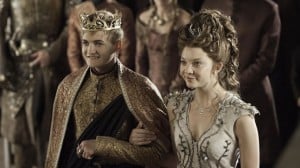 In those final minutes featuring Joffrey humiliating Tyrion, we knew something big would happen, but it was never clear what that would be. With a second viewing, the foreshadowing was all too obvious. While the exact cause of death is unknown (although we can safely assume poisoning), the bigger is question is who did it? In many ways, it doesn’t matter, but in many ways it does since Cersei points the finger at a poor, Tyrion. And now that Tyrion’s about to be charged on extreme counts of treason, someone’s got to come to his defence, otherwise we’ll soon be short the show’s biggest star. While it’s clear that essentially everyone had a reason to assassinate The King, the camera catches Olenna Tyrell several times looking less than innocent. And remember her remark on the Red Wedding? I’m sure George R.R. Martin is determined to keep the culprit a secret, but all signs this week point to her as the guilty party. 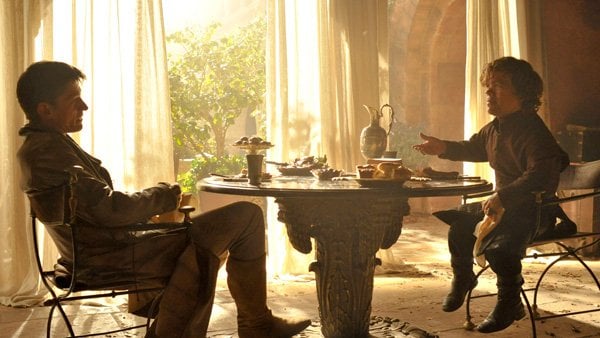 It great to see Tyrion and Jaime have their first scene together in quite some time when describing him and his siblings as “The dwarf, the cripple, and the mother of madness.” Meanwhile Jaime is transforming into a left-handed swordsman, fighting to regain his dignity thanks to Bronn who shows him no mercy during their training. Not so fun is the heartbreaking goodbye between Tyrion and Shae. “You’re a whore. Sansa is fit to bear my children and you are not. I can’t be in love with a whore. I can’t have children with a whore? How many men have you been with? 500? 5000?” Clearly Tyrion is trying to protect Shae, but she doesn’t seem to realize this. This is just the start of another bad day for everyone’s favourite Lannister. Earlier on in the episode, the seeds are planted when Joffrey destroys The Lives of Four Kings with his new sword of Valyrian steel. This of course, is just the start of the Joffrey/Tyrion showdown as we get to watch Joffrey humiliate his uncle for a torturous 15 minutes or so. 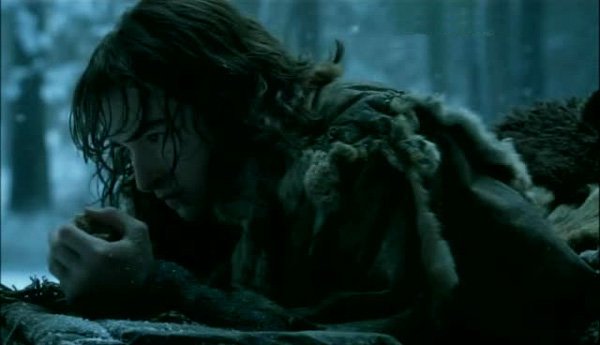 To the north, we catch up with Bran who gains some valuable insight on what is to come. By simply touching the Heart Tree, he is awarded with prophetic vision of dragons flying over King’s Landing. The montage is beautifully edited with an assortment of jump cuts, flashbacks, and even a final shot that hints at the royal wedding. Meanwhile when Bran Stark shows signs of wanting to live like Summer forever, Jojen is quick to remind him that it’s a bad idea. “It must be glorious to run, to leap, to jump,” Jojen tells Bran. “To be whole. I know it’s tempting. But if you’re trapped in Summer too long, you’ll forget what it means to be human.”  There’s a certain poetry to his journey, a journey that constantly drops clues to the epic conclusion. And while many criticize Bran’s scenes as boring, I can’t help but think they are all beautifully shot with wonderful atmosphere and an appropriately dark tone.  Here’s hoping we see more beyond King’s Landing.

Don’t forget to listen to our Game of Thrones podcast with a special guest each and every week. New episodes are available to download every Monday night.

So it turns out Bolton is getting no help from the Lannisters even though he was named Warden of the North as a thank you for killing off Robb Stark.

So is Cersei actually jealous of Brienne, or is she just annoyed that she will no longer be Queen?

I always welcome the show’s supernatural angles, but I wish we just new more about the mythology of the world.

I just have to make special mention of Ramin Djawadi’s score this week and the massive scope to the wedding.


Prev Article Next Article
Tags:Blackwater, Game of Thrones, HBO, The Bear and the Maiden Fair, The Lion and the Rose