If there’s one thing I’m sure of, it’s that TV gods exist. Who else but higher powers would test my faith by making me fall in love with a new show, create a false sense of security after it survives for an entire season only to pull the rug out from under me with the big C (cancellation). Yes, they can be cruel, those lords of the TV land, but every so often my prayers are answered and I’m given just what I ask for.  I must have prayed extra hard in October 1987, because that’s when The Jetsons met The Flintstones, making one little kid very, very happy. It took the  TV gods about 20 years after the original runs  ended for both shows, but at least it was a movie and not a half hour episode.  I would have felt jipped otherwise.  Though The Jetsons, who were like the Flintstones of the future, lasted only 1 season to the Flintstones 7, the shows were so  alike the two families had to meet. It’s like wanting your two single friends who’d be perfect for each other to hook up. And thus began a slight obsession with parallel shows  Here are 5 TV show crossovers that never happened, but I wish had. Though most of the actors from this  list are retired or long gone, as long there is a little something called syndication, they’ll always be here, living, loving, fighting and laughing on that flat screen in my living room.

5 The Addams Family Meet The Munsters

The idea of the show crossover was either in its infancy or non-existent during the 1960s, but you couldn’t ask for more obvious potential for it than these two series. Seen as rival shows during their original run, (1964-1966) perhaps because they had so much in common: both families seemed creepy but were in fact fun, and weird for us was normal for them. Safe to assume that were the Addams and Munsters to meet, they’d have a lot to talk about. While Gomez Addams and Herman Munster smoked cigars and their wives Morticia and Lily exchanged fashion tips, Pugsley, Wednesday and Eddie Munster could play at playing dead and I’m pretty sure Thing wouldn’t have been able to keep his hand off of Marilyn. All in all, it would have been rather rad to have seen these ghoulies get together. 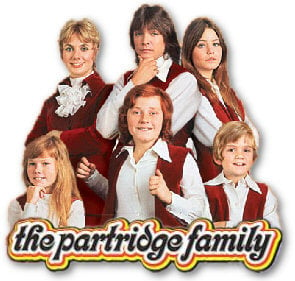 Holy 60s cheese fest Batman!  I can practically hear the Carol and Mike Brady and Mrs. Partridge parental speech at the end of the episode on cooperation or making new friends. Of course, it would have been high risk watching for viewers- all those brightly colored bell-bottoms and clashing clothes patters onscreen at one time could not possibly be good for the eyes. The Bradys and the Partridges actually did meet once – sort of. OK, so it was an SNL skit. But it probably wasn’t that far off the mark of what the plot line would have been.  Something tells me there would be a Marsha Brady and Keith Partridge romance subplot going on and the whole episode would end with the two families singing a happy fun song with a title like ‘Groovy Love collaboration.’

3 I Dream of Jeannie and Bewitched 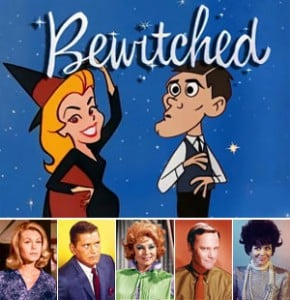 If Jeannie and Samantha were to get into a fight, who would win? Something I used to wonder as a kid, since both had powers. But there if there was ever a crossover most likely they would team up instead of face off. That the TV gods never thought to put these two together is surprising because the plot possibilities are endless! I’m envisioning  some kind of a wife swap situation with Tony and Darrin getting even MORE exasperated than usual, if that’s even possible. Add in nosy neighbor Gladys kravitz and the overly curious Dr.Bellows stopping by to add more madness to the mix and voila- Instant mayhem!  And am I the only one that thinks Major Nelson and Samantha’s trouble-making cousin Sabrina would have been perfect for each other? Uncle Arthur  and Andorra would have had their pick of new targets to tease too, trouble would have been out of this world. 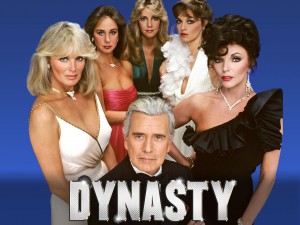 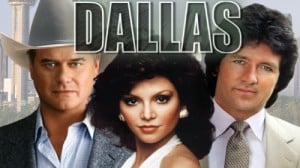 All the possible and interesting family clashes between bitches and bastards that could have come out of this cross over nearly made it top my list. But let’s forget all of those and focus on the two we’d really like to have seen face off in a battle of wills: JR Ewing and Alexis Carrington Colby. Both nighttime soaps dealt with rich families and oil, ironic since was the original name for Dynasty and it’d be hard to find 2 characters more slippery than these two family heads. Would Alexis marry J.R. and take over his oil wells, kick him out of bed and then to the curb? Or would J.R. find a way to swindle Alexis out of her millions leaving her penniless and heart-broken? Who would come out on top? More importantly, who would get the best tell off scenes?

1 The Simpsons and Family Guy 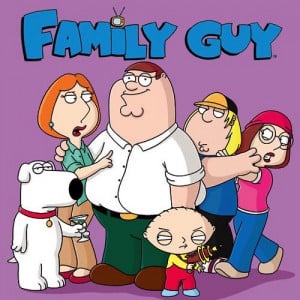 I consider myself a pretty big fan of both shows, (especially the Simpsons) so why am I now just discovering this ?  D’OH. Oh well, the good news is, it’s happening folks. I guess the brief sight gags and subtle jabs at each other over the years are now just water under the bridge and Seth MacFarlane lending his voice for the Simpsons season 24 finale probably also helped draw the truce. It’s a modern day Flintstones /Jetsons meet up! See, I told you TV gods exist. Thank the writers, or producers if you want to, but as for me, I’m keepin’ the faith. 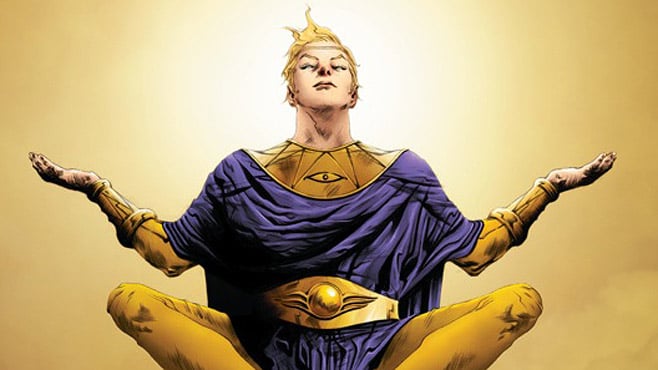 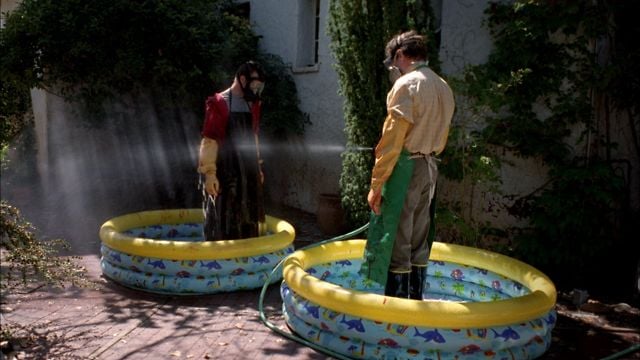