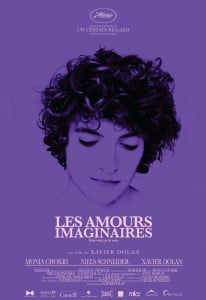 “There’s plenty of proof here that given a screenplay with real substance rather than just a bare-bones structure, Dolan could turn out to be a truly impressive independent film maker…”

Written, directed and starring Xavier Dolan, whose previous directing credit was the acclaimed I Killed My Mother of last year, Heartbeats is an almost painfully cool film from Montreal, Canada. 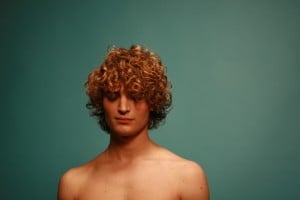 complex love triangle as they both fall into obsession over the same boy; a confident, cocky, and classically handsome Adonis named Nicolas, the ensuing tragic and comedic consequences that this stifled dual pining can provoke and their faltering relationship as they gradually come to resent the others presence in Nicolas’ life.

The problem with the film lies in it’s insatiable desire to be as stylishly retro cool as is humanly possible. The characters are almost cartoon renditions of pretentious, quirky, philosophical twenty-somethings whose lives are overflowing with angular 50’s inspired haircuts, fashion sense, poetry, chic furnishings, classic early movie references, and impossibly unexpected music choices. This wouldn’t be a problem except for the fact that Dolan uses any excuse he gets to play out a scene in silent ultra slow motion, with a series of gorgeously filmed sensual shots played out to a classy soundtrack. Many of these moments echo the work of auteur Wong Kar-Wai. The mistake Dolan makes is in not realising that in a great film-maker’s hands, these scenes and shots are used to add to the intrigue, depth and mesmerising intoxication of the characters, Whereas in this film they are merely superficially gorgeous endlessly hollow, not to mention repetitious.

But that’s not to say the film is bad. It’s increasingly beautifully made as it progresses, and showcases real talent behind the camera. The acting is staunch and believable, and there’s plenty of genuinely amusing and poignant scenes. Indeed, to take a single scene from this movie would be to sell it as a far greater film than it actually is. 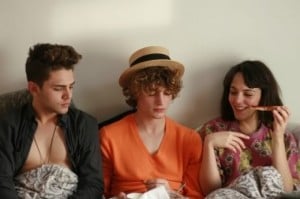 To undo all of this however, Dolan intersperses suspiciously faked interview footage of people telling their own stories about love and obsession. Some are entertaining, but they only serve to tear you out of what little narrative there is, and the constant reframing and zooming during these interviews only re-affirms the film’s disappointing desperation to be cool.

But let’s remember that Xavier Dolan is only 21 years old and it’s hardly as if this is a failure of a film, just a flawed one that’s hard to really connect with or empathize for. There’s plenty of proof here that given a screenplay with real substance rather than just a bare-bones structure that Dolan could turn out to be a truly impressive independent film-maker, and I genuinely look forward to seeing what he does next.