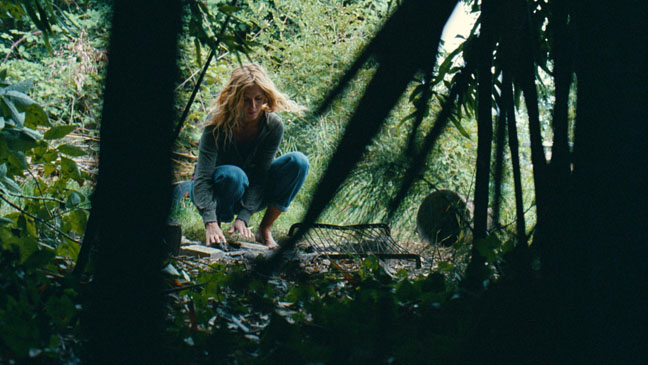 A decade ago Sandrine Kiberlain starred in Claude Miller’s thriller Alias Betty, as the bereaved mother at the centre of a bizarre kidnap plot. Her character in Yves Caumon’s The Bird has also lost a child, but this is a very different kind of story – a character study that puts the focus squarely on Kiberlain’s superlative performance.

The Bird does take its time revealing the backstory of Anne (Kiberlain), an attractive but rather aloof blonde who works as a kitchen hand in Bordeaux. Fending off the attentions of handsome chef Raphaël (Clément Sibony), she returns to an empty apartment, a sink full of dirty dishes and unexplained noises that keep her awake.

Caumon’s screenplay prefers the slow accumulation of details about Anne’s daily routine, rather than much in the way of dialogue. Only after 20 minutes, when she bumps into an old friend in the street, do you realize that this woman did have a child and a family, and that she’s been living away from the area. Later she meets her ex-husband to lay flowers at the grave of their four-year-old son. He has a new partner now and is far more open in expressing his feelings than Anne is. 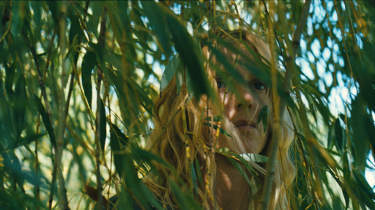 Grieving mothers have been memorably portrayed in lots of films, from Mary Tyler Moore in Ordinary People to Nicole Kidman in Rabbit Hole, but The Bird doesn’t fall into the pattern of stories in which women seek answers or just struggle to hold together the remains of their family. We know from her husband’s comments that there’s tension surrounding his decision to move on and start a new family. But Anne isn’t without emotion or a desire for companionship. She’s moved to tears by a Mizoguchi film, and later picks up a fellow film buff (played by Serge Riaboukine). But their tryst ends in mutual frustration due to her passivity.

Rather than explore these relationships in greater depth, Caumon uses the discovery of a bird trapped behind a wall to signal a slow emergence from Anne’s hermit-like existence. The moment when she finally takes a mallet to the plasterwork is satisfying – both for her and audience. I must admit that I found the symbolism of the trapped pigeon (or it might be a dove) a bit obvious in what is otherwise such restrained drama. If you’re expecting a Kes-like intensity between Anne and her new house guest, you’ll be disappointed.

In fact, the cathartic scenes in The Bird come near the end, when Anne returns to the family home she’s been so reluctant to let go. Finally embracing her loss, she imagines these rooms still filled with all the clutter and life of the people she has lost.

Despite the solitary nature of the leading character, Caumon’s script isn’t without humour and lighter moments. “You’re hard!” complains the wounded Raphaël after Anne questions whether his unexpected job offer includes having to sleep with him. Despite their differences, there’s a companionable ease about the way Anne and her ex discuss what’s to be done about their house. Even what might have been a sombre drive to the cemetery is shot with a fluidity that makes it feel liberating rather than depressing.

With her angular features and ethereal beauty, Kiberlain demonstrates that she can command an audience’s attention even when she’s just brooding or staring quizzically at that offending wall. It’s a role that feels like a natural extension of her enigmatic schoolteacher in the romantic drama Mademoiselle Chambon. The Bird does conclude on a satisfying though appropriately low-key note, but its lack of dramatic incident may prove frustrating for some viewers.