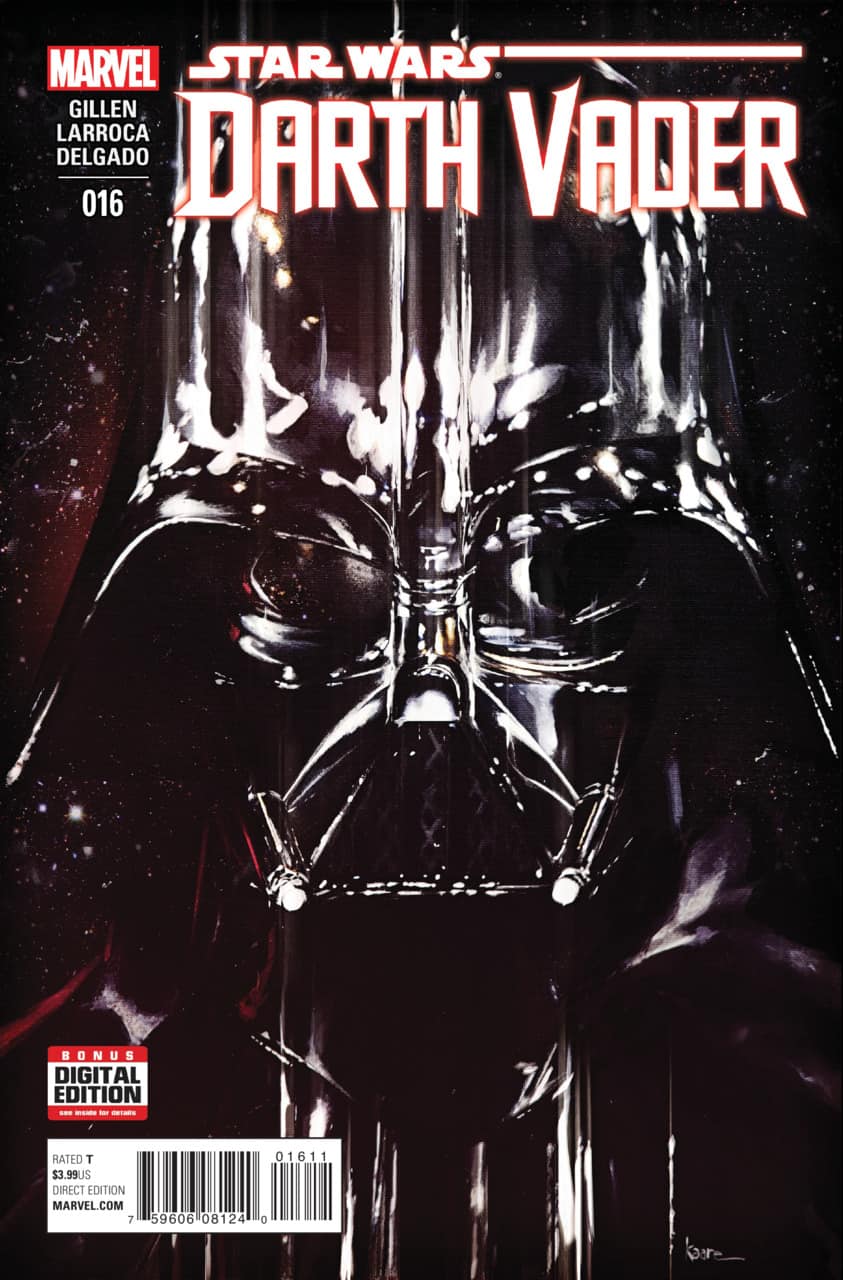 Like the annuals of yesteryears, Darth Vader Annual #1 was seemingly a one-off story, self-contained and never to be revisited again. But it stood as arguably the best issue of the series’ first years, so the fact that the entire next arc, entitled “The Sho-Torun War,” is a direct continuation of the events therein indicates a promising direction for the Darth Vader going forward.

With the exception of the annual, the genre of Darth Vader in its first years could best be described as an inverse espionage/political thriller, full of intrigue but from the perspective of the conspirator, most of his machinations made clear to the reader. Such was certainly appropriate for the character of Vader, who is all at once a political figure in the Empire, hitman for the Emperor, and constantly cloaked in shadows, literally and figuratively. Neither the Annual nor issue #16 remove or downplay Vader’s political maneuverings, but these are court politics and palace intrigue. Such represents a tonal shift for the book, far more in line with classic Star Wars. At long last, the genre of Darth Vader can finally be described as space fantasy.

Space Fantasy fits a very precise definition; it must inhere all of the tropes and trappings of fantasy with merely the veneer of science and space-ships amidst distant stars. Adhering to the conventions of space fantasy is every planet in the galaxy far far away seemingly having gravity and atmosphere equivalent to Earth’s. It is why swords are viable weaponry and hereditary monarchs rule with absolute authority. It is why in The Force Awakens an observer on Tokadana can immediately watch a blast from Starkiller Base rip across the sky and obliterates the Hosnian system, despite all three being lightyears from one another. The scientific term “lightyear” in space fantasy exists not to inform the audience of the physical properties of the universe, but rather to add the appropriate astronomical flavor to the fantasy.

In the opening panels of the Sho-Torun War, Vader has laser sword drawn on the front lines, the planet’s queen Triton beside him, firing her blaster. The Sith Lord chastises her presence on the field, and immediately the absurdity of the situation is lampshaded in the mind of the reader, tempted by the futuristic technology to draw modern parallels. Never in an age of predator drones and missile strikes would an American president or British prime minister lead a squad of marines, firing his M-16 at the enemy.

But writer Kieron Gillen is meaning to evoke a different age with much different rulers. Queen Triton here is Theoden, King of the Riddermark, leading the charge of the Rohirrim at Pelennor Fields. She is Conan, King of Aquilonia, leading his armies at Valkia and the Shirki. She is Leia, princess of Alderaan, boots on the ground at the Battle of Endor. 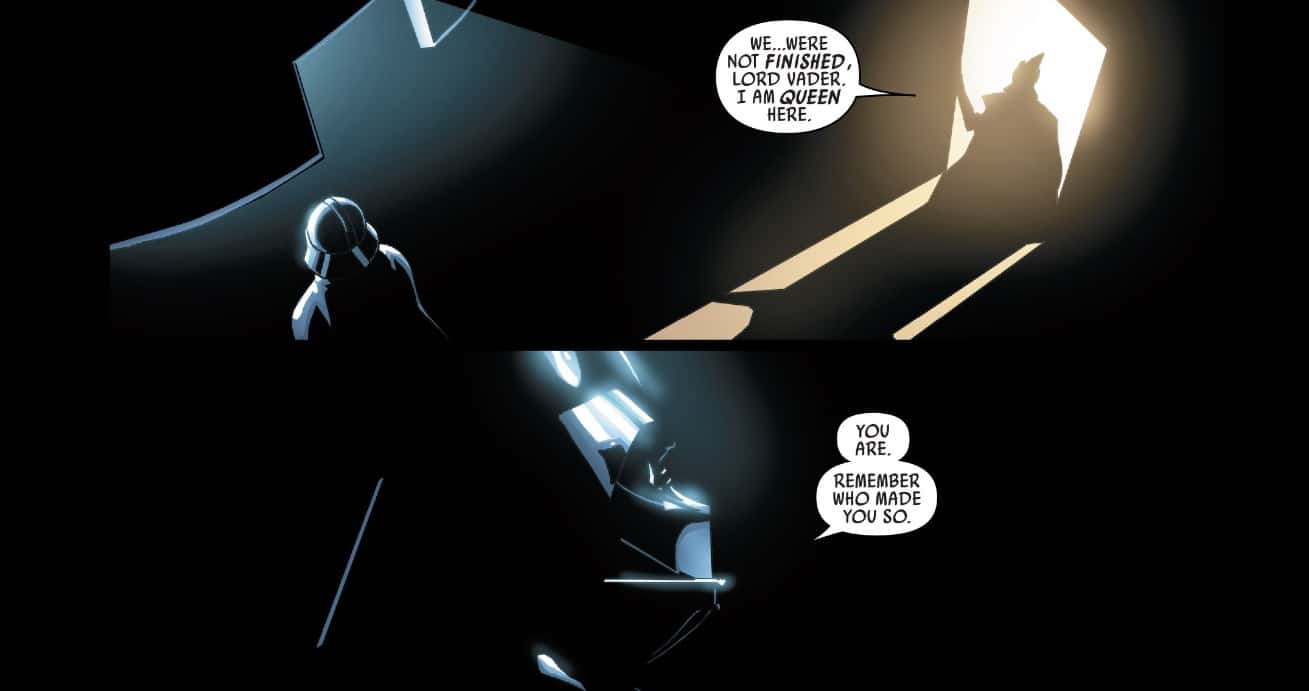 If fact, Triton is in many ways Leia’s dark mirror. Both the daughters of worlds in rebellion, whereas Leia could neither be tempted nor intimidated to serve the evil Empire, even to the point of her people’s annihilation, Triton for the sake and safety of her citizens betrayed her father and family that she might take the crown and crush the bellicose barons of Sho-Torun. Whereas Leia has earned the genuine respect and admiration of the Alliance, Vader belittles Triton in front of her underlings, later allowing her only the illusion of authority in their eyes.

Regarding the Sho-Torun rebels themselves, making them politically unrelated to the Rebel Alliance was a deft move on Gillen’s part, similar to previously creating rival factions within the Imperial chain of command for Vader to contend with. Because the reader knowledge exists that the Empire eventually loses to the Rebellion, any victories Vader demonstrates against such in this series will always be seen as ultimately inconsequential. But Sho-Torun is a war he can win. More importantly, because the barons are apolitical, motivated by personal gain and greed, the reader is free to root for the series’ protagonist without it imputing on his iconic villainy.

Darth Vader #16 does not quite rise to the quality of the Annual which it continues, though the latter had the benefit of being a self-contained story. With any hope, the Sho-Torun War arc as a whole will expand upon and even eclipse the excellence of the Annual. Certainly this issue demonstrates its potential to do so.