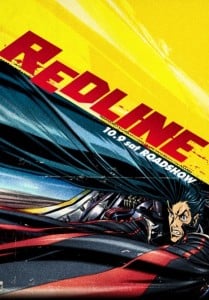 Lots of people are saying that anime hit Redline is like taking acid. Frankly, that doesn’t quite do the film justice. Let’s do better. If Speed Racer and Heavy Metal had a child, but the child was exposed to a lot of drugs in utero, was born during a Gwar concert, only ate magic mushrooms, suffered a nerdy, angst-ridden youth, then contracted malaria, and suffered a dream infected with delirium, that dream would be Redline. Watching Redline made me feel party to a war crime. I’m pretty sure that I left the theatre on some kind of government list. I loved every minute of it.

In a nutshell: taking place in a galaxy of bizarre creatures, cyborgs, and magic, racing is the most important thing. Racer Sweet JP (Takuya Kimura), a long shot with mob connections, wins a spot in the galaxy’s biggest race, Redline, set to take place on Roboworld, whose militaristic government is determined to destroy any racer who dares take part. Lost? It helps if you just accept every nutty piece of this film and move on; Redline also features a disintegrator hypercanon, jive-talking bounty hunters, a four-armed mechanic, a sentient bio-energy weapon, magic twin princesses who are also musical superstars, and more explosions than a Michael Bay wet dream. 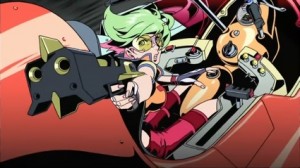 Nuttiness aside, the animation in this film is absolutely gorgeous. Anime fans can’t miss this film, and fans of other animation styles should take a look. The seven years it took to make this film were seven years well spent. The incredibly talented director Takeshi Koike (Ninja Scroll, “World Record” from The Animatrix) brought together over one hundred thousand hand-drawn elements, and characters are designed by Katsuhito Ishii, who directed the animation in Kill Bill.

This film is also incredibly well-paced. That’s an odd thing to praise, especially given pacing is a bit like a heart rate: most people only notice it with something’s wrong. However, I’m highlighting pacing in this review because so few films master it, and Redline is one of them. It shifts from heart-pumping ferocity to contemplative stillness effortlessly, but more often it speeds up or slows down by degrees, depending on the film’s need.

Watching Redline is such an incredible and surreal experience that it’ll probably be a some time before I try once more. On the plus side, if I buy the DVD, I’ll never need drugs again. 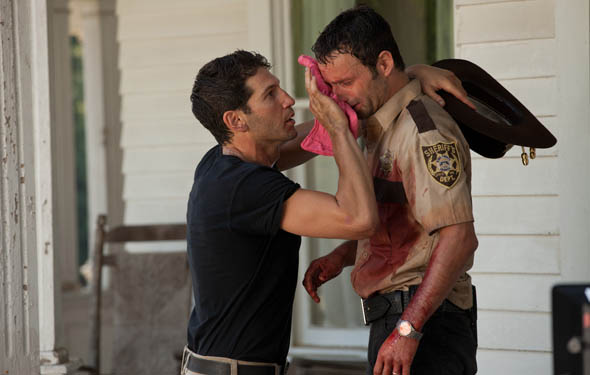