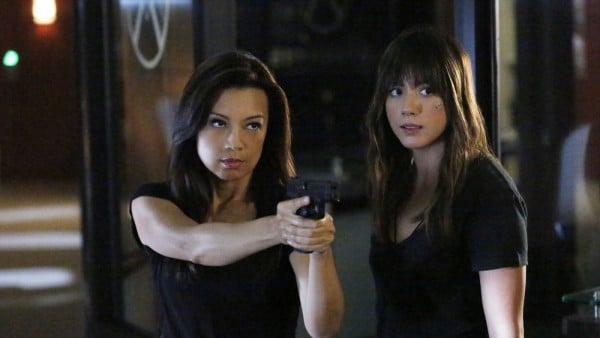 Agents of SHIELD takes a heavy influence from the Harry Potter series, especially Harry Potter and the Half-Blood Prince, in “Ye Who Enter Here”. Skye, a character orphaned long ago, has a special destiny. Billy Koenig returns to save Raina with SHIELD’s very own Invisibility Cloak. There is a hidden place that can only be found and entered by someone who is worthy. Fitz-Simmons are the team’s Ron and Hermione, getting the team into a hidden city while playing out their will-they-won’t-they interpersonal drama. Possibly in this example, Mac is the team’s Dumbledore, with his secret ulterior motives and sudden death in the episode’s climax, taking a long fall down. If that isn’t obvious enough, Raina mentions alien technology being mistaken for magic on numerous occasions. “Sounds a bit Harry Potter to me.” “It’s alien technology.” Like The Half-Blood Prince, the story also feels incomplete, leaving the audience on a cliffhanger until the mid-season finale.

The pacing of the episode starts off a little slow, with a lot of set-up before the big mission down to the hidden city, and a lot of the ongoing interpersonal dramas get screen time before the big action scenes. As a result, it feels a little off-balance, with lots of action and insanity on the latter end of the episode, but hopefully the overall story will feel more complete and balanced when placed back-to-back with the mid-season finale.

Simmons finally gets a chance to tell her side of the story about why she left, and while the Fitz-Simmons shippers might not be happy, it makes a lot of sense. She is grateful for what Fitz did for her, but she also feels guilty. Despite Fitz’s enormous sacrifices, her feelings for him are friendly, not romantic, and that is not likely to change. Fans might have wanted Fitz and Simmons to end up together, but Elizabeth Henstridge’s Simmons comes off very sympathetic, as she’s someone who just wants her best friend back.

Suspicions about Bobbi hooking up with Hunter to distract him also might be correct. Mac asks Bobbi if she will be bringing in Hunter on their other plans, which he hints have something to do with the hidden city, but she tells him definitively no. They have a plan with the hidden city, and gauging by their reactions, they are not happy that Coulson plans to destroy it. The writers left clues about Bobbi since she was introduced that she could not be entirely trusted, but it is surprising that Mac is hiding things from the team. His relationship with Fitz is a major part of season two, and Fitz is still recovering from Ward’s betrayal in season one. If Mac survives his fall, or if Fitz finds out he had other plans for the hidden city, it could destroy his ability to trust all over again. Even if Fitz does not find out about Mac’s other plans, he’s lost the closest friend he made since he came out of the coma. It will leave him scarred and further away from the sweet, naïve Fitz of season one.

The last major personal drama that plays out before the big action goes down is Coulson defining the future of SHIELD and distancing himself from Fury. Coulson’s conversation with Bobbi is one of the calmer moments of “Ye Who Enter Here”, but there is no doubt that this is the most important scene in the entire episode. Coulson is laying out how he wants SHIELD to be used; as a careful scalpel, instead of the mighty but ultimately destructive hammer that Fury created. He is not discussing acceptable losses, because saving innocent lives is the only reason he agreed to rebuild SHIELD. After that conversation, there are two questions that remain. First, is Coulson going to stick to his principles? Second, does Bobbi want to be a part of this new SHIELD? It is not a mistake that writer Paul Zbyszewski sets up that conversation between Coulson and Bobbi instead of Coulson and May, or Coulson and Triplett. Bobbi may not be outright malicious in her plans with Mac, but she might not be entirely on-board with Coulson’s plan for the future of SHIELD. “Ye Who Enter Here” leaves fans with a lot of questions and anticipation for the next episode, but by far, the question one wants answered the most is what Bobbi’s intentions are in the hidden city, and whether she has a future with SHIELD. It’s great to have Adrianne Palicki on the team, but setting her up as a complex adversary to Coulson could really take Agents of SHIELD to the next level, and wrap up the first half of season two with a bang. 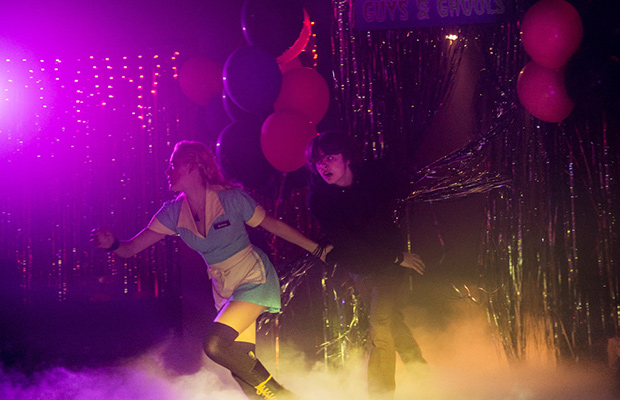 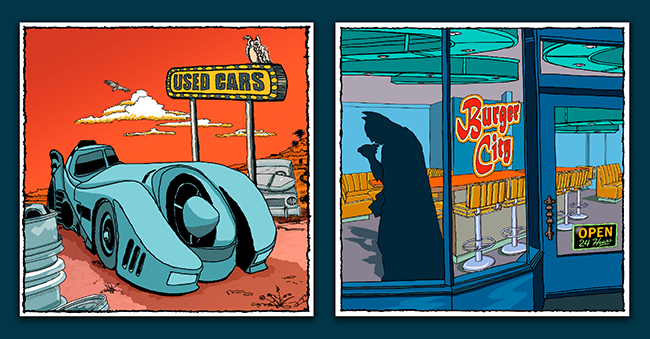