This has been the summer of the superheroes. With Thor, X-Men: First Class, Green Lantern, and Captain America: The First Avenger all coming out within the past few months, they’ve certainly shown that they’re a force to be reckoned with.

Though most of these releases haven’t fared badly (let’s not speak of Green Lantern…), they also haven’t exactly lit up the box office either. Of course this could be attributed to unfamiliarity. Most of the works being released, with the exception of X-Men: First Class, aren’t based on well-known or well-loved characters.

A recent L.A. Times article said as much, quoting analyst Vasily Karasyov as saying, “After a decade of going through comic book character catalogs in search of franchise material, studios are finding it harder and harder to make superhero films work at the box office”.

But consider Iron Man, which wasn’t based on a well-known character yet blew up the box office and saved Robert Downey, Jr.’s career. So then, is it possible that we’re just experiencing superhero fatigue?  A quick search around any Internet message board will certainly tell you so, and it isn’t too hard to imagine. For over ten years now there really hasn’t been a year without one, and that’s a cycle that doesn’t look to be broken anytime soon. Taking a look through film history can show how trends have come and gone through the industry, maybe this is just a trend that’s starting to overstay its welcome.

But in the very same L.A. Times article, Warner Bros. president Jeff Robinov pretty much disagrees with that statement. “I don’t believe there is superhero fatigue,” he says, “Every year there are half a dozen or more horror films and comedies. Superheroes have become a genre of their own and if you deliver, there’s an audience.”

The failure of Green Lantern aside, I feel like he made some good points. But quite frankly, I don’t feel like there’s a definite answer right now. I think it really comes down to personal taste, and whether or not you’re tired of watching superheroes on screen. While Marvel’s titles might not have been runaway blockbusters, the numbers proved that there’s still an audience out there for it. Plus I think it’s a safe enough bet to say that The Amazing Spider-Man and The Dark Knight Rises will be making their money back. Let’s not forget about this great experiment known as The Avengers.

On a personal level, I say keep ‘em coming. I feel like there are enough diverse characters and personalities in the comic book world to keep these films healthy and interesting, and if you ask me they’ve really hit a nice stride. It wasn’t long ago that most offerings weren’t worth the money, but thanks in a large part to Marvel Studios there’s been an increase in fun, quality entertainment.  Plus there are films like Defendor and James Gunn’s Super that can show a nice bit of diversity and prove that not all masked vigilantes have to come from a comic page.

But who really knows? Maybe in a couple years time the audience for superheroes will dry up completely, and studios will have to scramble to find the next big thing. But for right now, it’s mostly coming down to how you feel. So is there a true hero fatigue? I’m going to go ahead and say not quite yet.

Until next time, true believers! I hope Stan Lee hasn’t copyrighted that. 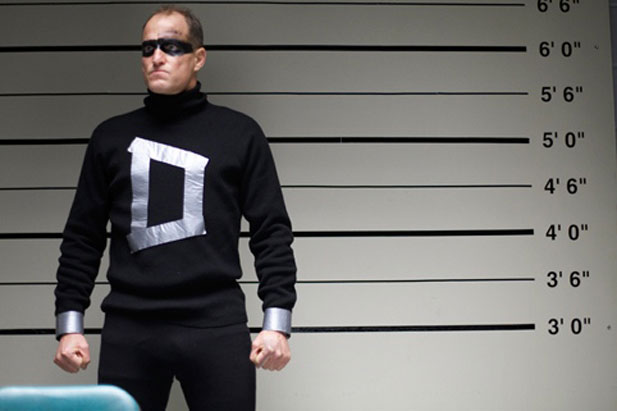