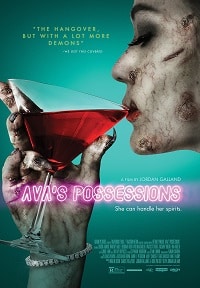 Ava’s Possessions is a new supernatural thriller that sidesteps many of the eye-rolling genre conventions by creating a realistic world filled with its own quirky charm. Writer-director Jordan Galland gets the look and feel just right, never forgetting to infuse his horror with a sense of humor. Though a clunky script telegraphs many of its surprise twists and turns, Ava’s Possessions is still smart, funny, and occasionally-creepy indie fare.

We start at the end, just as Ava (Louisa Krause) is being released from the month-long thrall of a demon named Naphula. No one leaves the exorcism unscathed. Ava’s mother (Deborah Rush) sports an eye patch, her father (William Sadler) is scratched and tattered, and there’s no way Ava is getting the security deposit back on her apartment. Ever the pragmatist, Ava’s first question upon regaining her soul is, “Has anyone called in sick for me?”

Not surprisingly, Ava racked up an impressive list of crimes as Naphula’s adjunct. All that stands between her and some serious jail time is completing a Spirit Possession Anonymous program. The group’s guru, Tony (Wass Stevens), refuses to empower any wayward demons. “We don’t use the ‘D word!’” Unfortunately, Naphula has other plans, as he’s eager to re-establish his link with Ava. More troubling are the strange clues littering Ava’s apartment… a man’s wristwatch lodged in her sofa and a giant bloodstain hidden beneath the rug. To truly thwart her personal demon(s), Ava must first solve these mysteries, which are probably better left unsolved. 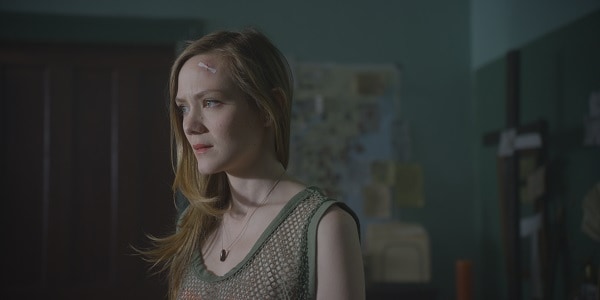 For Ava’s Possessions, the devil is definitely in the details. Jordan Galland knows that we’ve seen a million possession movies, so he just skips all the head-spinning gyrations and cuts straight to the aftermath. Ava’s matter-of-fact approach to recovery, along with a compelling mystery to solve, pulls the action forward with a droll sense of urgency. The charred-black humor works nicely in a world where Spirit Possession Anonymous (SPA) is a court-mandated punishment. There’s probably an entire movie to be mined from SPA, but we’re left hungry for more; all we get are brief introductions to each group member and a description of the demon that possessed them. It’s an ingenious touch to include a member, Hazel (Annabelle Dexter-Jones), who longs to be re-united with her demon master; “Nothing makes you more complete than total union with your shadow.” All of these flourishes create an atmosphere that manages to feel strange and realistic at the same time. 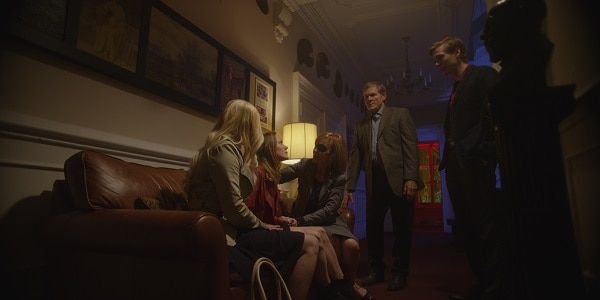 Nothing here is particularly scary, which may leave some horror fans feeling cheated. There are plenty of unsettling visions as Naphula worms his way back into Ava’s consciousness, but none of it is played for shock value. Instead of rolling out some absurd CGI demon, Galland gives us the dirt on Naphula’s modus operandi; “He’s like an entitled, arrogant rich kid.” Even the film’s creepiest presence—Carol Kane as the owner of a supernatural WalMart—twists and subverts our expectations with her offbeat humor. Ava’s Possessions exists firmly in the post-Buffy the Vampire Slayer canon, where plunging into the darkness is often replaced by sarcastically deconstruction it.

That’s not to say that Galland doesn’t take this supernatural business seriously. The weakest elements of the film, in fact, revolve around his efforts to construct a ‘surprise ending’ that completely fails to surprise. This requires the script to withhold vital information for far too long, as well as create a character (Lou Taylor Pucci fresh from the triumphant Spring) who exists only to divulge one important clue. All of this subterfuge feels completely at odds with the organic tone that Galland and his actors work so hard to establish, and, ultimately, prevents Ava’s Possessions from transcending the genre. 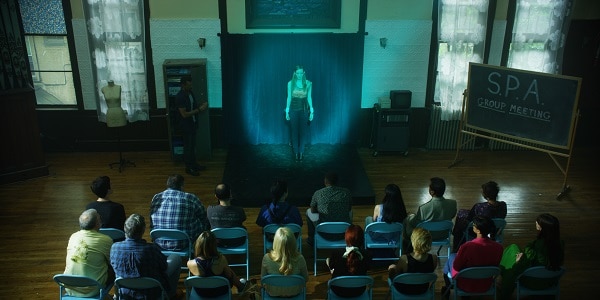 The ensemble cast is thoroughly convincing, with Krause serving as its intriguing core. Krause occupies a tremendous amount of space using only her eyes and face. There’s a thinking, feeling person behind those eyes, even as she struggles to keep her emotions bottled inside. Stevens does good work as the supernatural counselor with questionable methods, while Dexter-Jones is the unhinged voice that verbalizes what we all are thinking; being bad may be wrong, but it feels so damn good!

While it may be true that Ava’s Possessions falls just short of being a great film, it certainly has its share of sublime pleasures. It’s hard to imagine supernatural hocus-pocus feeling more naturalistic and relatable, which is a credit to Galland’s attention to detail and the cast’s refusal to accept they’re in a low-budget horror film. It also doesn’t hurt having Sean Lennon’s trippy synth-pop score as a backdrop. If one of your best friends was possessed by a demon, it would probably play out something like Ava’s Possession. Now, Galland just needs to get cracking on that Spirit Possession Anonymous sequel.