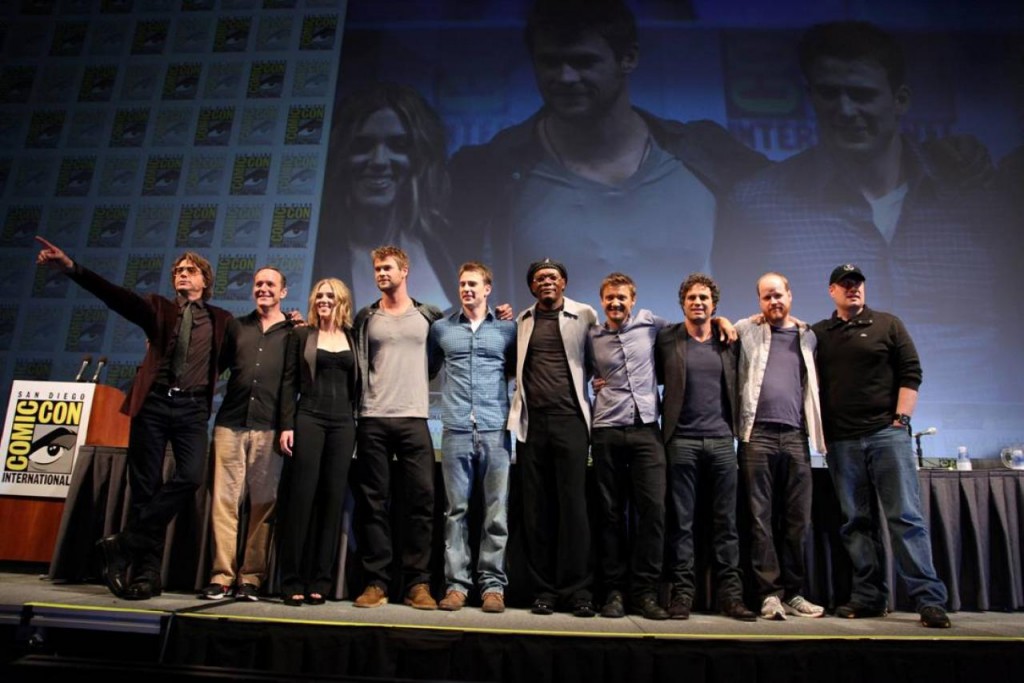 This past Saturday, July 24, at the San Diego Comic-Con, shall be marked as one of the most epic gatherings for a film collaboration in geek history. The full major cast of The Avengers appeared on stage at the end of the Marvel Studios panel with confirmation of Jeremy Renner as Hawkeye, Mark Ruffalo as The Hulk and Joss Whedon as the director. Of course we knew of Joss Whedon directing, but this is an official confirmation along with the rumors going around about Renner and Ruffalo. As you might wonder, what happened to Edward Norton? Norton will not be reprising his role due to conflicting interests of Marvel Studios, but Norton left fans a note  claiming it was not as bitter as Kevin Feige made it out to be. But all things aside, check out the footage from Comic-Con of the announcements of the cast and the fanboys/girls going crazy!

The Avengers comes out in the Summer of 2012!