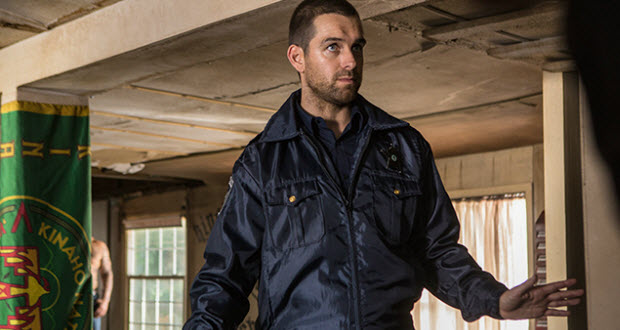 “You’re finally being a chief. Don’t ruin it by second-guessing yourself.”

With so much duress weighing down on him, Alex Longshadow doesn’t have time for second-guessing. This lesson is Nola’s parting gift before riding off into the night. Alex joins a handful of Banshee characters who find themselves in tough spots in “Bloodlines.” Rabbit decides to return in an attempt to explain to his daughter the guiding force behind his “insanity” – complete and total love. Anatstasia continues to live out her short sentence designed to let her stew in the ramifications of her past decisions. Rebecca, in a state of psychological fragility after last week’s events, is stuck trying to figure out how to find her brother in spite of her family’s scorn. The more we see of what life is like for the characters in Banshee, the more Hood’s act-first-think-second approach to his job seems like a sound plan.

“Bloodlines” comes out swinging with another memorable cold open, this time focusing on Ivana Milicevic’s Anastasia/Carrie. Both versions of the character manifest in a dream sequence that feels right at home with Banshee‘s shaky and often blurry camera point of view. The scene starts as a Hopewell family reunion but quickly shifts to a visualization of the different directions Ana’s being pulled in, two of which are represented by Gordon and Hood. When a character goes to jail in a television series, their part of the story often drags (unless a handful of characters go together, as in Sons of Anarchy, or the series is prison-centric, as in Orange is the New Black). Evan Dunsky’s script has the right amount of Ana, though, so that she can still be brought in in a relevant way, not shoehorned just to show us all the characters. Even without the surprising and important return of Rabbit, Ana’s scenes still bounce off so well with what’s going on with Deva. The other members of the Hopewell family are somewhat interesting as figures dealing with the upheaval of their lives, but the biggest narrative well there is Hood’s relationship to Deva, which is something Banshee uses very, very sparingly and, thus, has built up as one of its more exciting untapped plot points. Ana kept all her secrets from her family to protect them; now, she’s realizing how important honesty is at keeping things glued together.

The conclusion to the Solomon investigation, which does well not to be dragged out much longer than it is here, brings out the best version of Banshee. Even though we get more scenes with Chayton, it’s Olafur Darri Olafsson as Jonah who gets to be the larger-than-life villain of “Bloodlines” (in a fantastic, horror-like performance). He doesn’t stack up to the kind of dangerous physical presences Hood has had to deal with in the past, but Jonah is just as monstrous as a person. Executing his self-righteous beliefs in purity, we see a flashback to the murder scene of last week. Jonah gets taken care of in Banshee-like justice, first by Proctor and then by Nola, but the evil he represents lurking in Banshee is something that doesn’t just go away with his death. In any community, there are individuals who can be overcome by their stubborn loyalties to ideas. With Jonah and Chayton, we see how the Amish and Kinaho communities are not impervious to that.

“Bloodlines” is another showcase episode for Lili Simmons and Rebecca, whose conflicts are becoming more and more compelling. Kai has had so much time and distance from his familial issues that his demons are kept at bay pretty effectively. Rebecca is still newly-shunned in that sense, so a scene like the one when her parents come to get her brother after he’s been found is full of emotional weight. Solomon sees his now-dead girlfriend in Rebecca – someone who loves him and rebels against the restraints imposed on her. That vision, though, shifts from Solomon seeing Lana when looking at Rebecca to seeing his sister as an angel-like figure. Rebecca might not be “pure” in the way that her family would want and certainly isn’t pure by someone like Jonah’s standards. But of all the characters who are dropped into situations in which they have act and make tough choices, Rebecca is the one whose intentions are least selfish. She is willing to take on the thankless task of going out of her way to deliver her brother back to the Amish even though they give the credit to God’s will and even though she knowingly puts herself in danger of getting roughed up by Jonah. Rebecca may not be the main character of Banshee, which I touched on in concept in this article, but she might be the closest thing to a moral center if you can consider Sugar more of a representation of ideas than a character. That role makes her hook-up with Jason Hood all the more difficult because of how well Simmons evokes the weight of the world on Rebecca’s shoulders.

Speaking of him, Harrison Thomas returns as Jason Hood this week in a series of scenes where he gets to interact with Job. The two bounce off each other wonderfully, but it’s kind of hard to imagine scenes in which Job nags at anyone being anything short of hilarious. What I like most about Jason’s introduction into Banshee is not so much the things he’s been given to do but the potential for story down the line. With a cast of characters this big, there’s only so much Banshee can do in one episode or one season (congratulations to the team for getting renewed for a third season!). People like Rabbit and Jason can dip in and out when the time is right. Similarly, storylines like Hood’s fatherhood and the endless battle between Hood and Proctor can be the stuff at the forefront of the story when there needs to be more story to tell. However, it looks like this season is building up to a huge confrontation with Chayton and the Kinaho, so I’m not going to be complaining if we don’t see more of Jason or Nola this season if it means doing that battle complete justice. Some things are bigger than the sum of their parts. Banshee is definitely one of them. 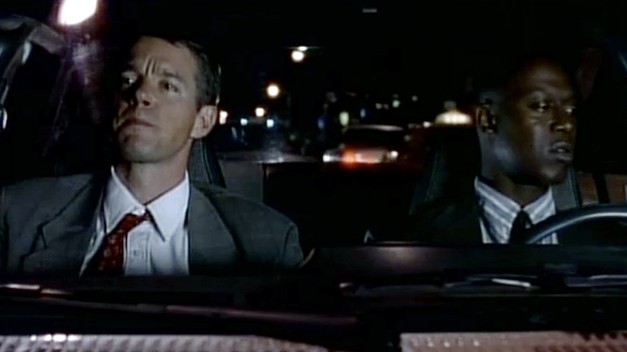 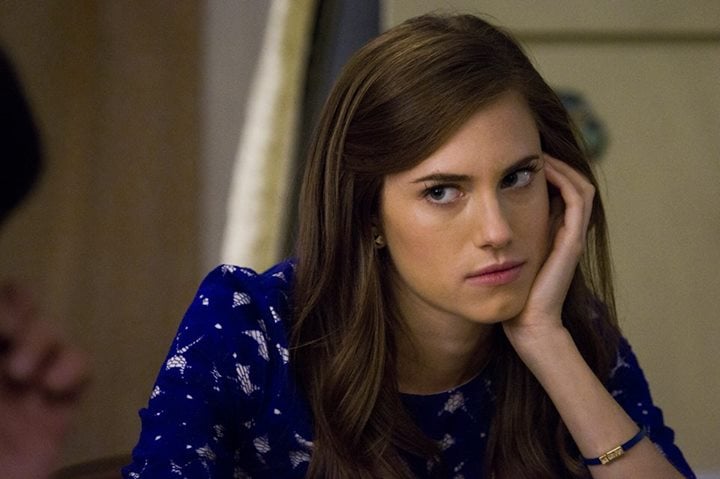