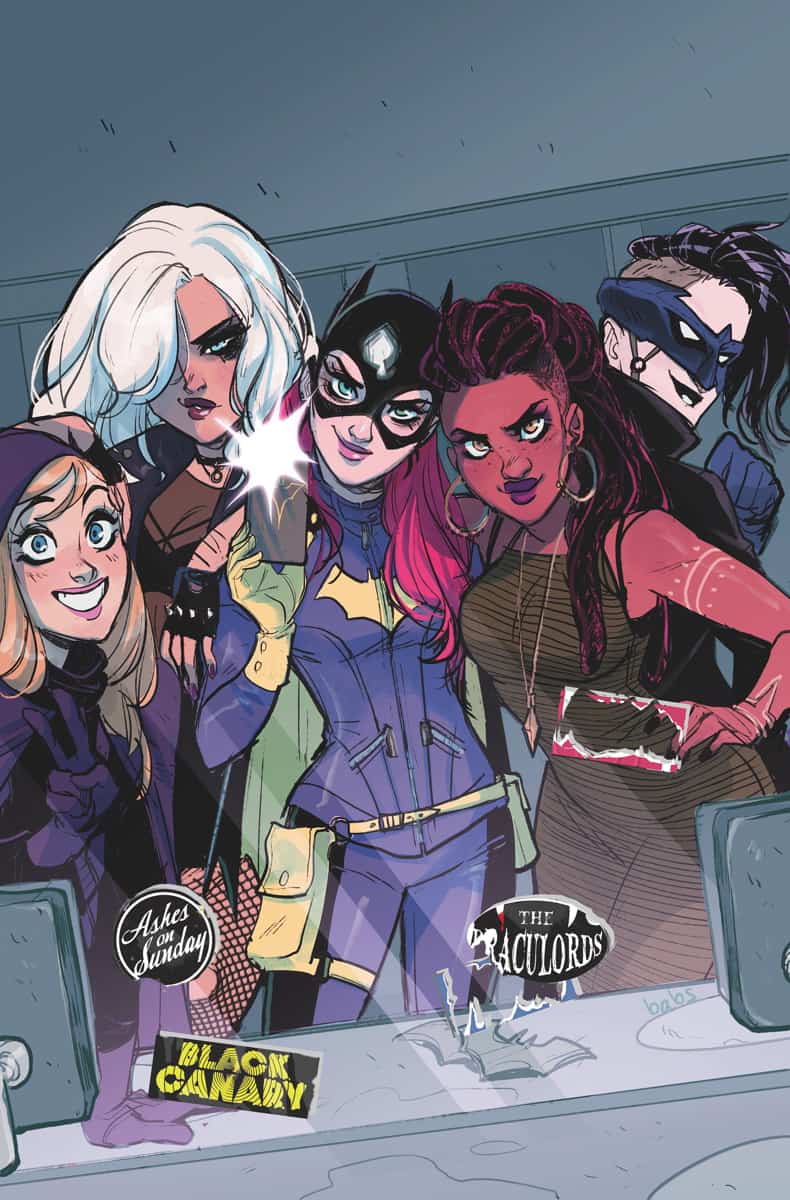 There are two more issues left in this volume before DC Rebirth, but Batgirl #50 effectively wraps Cameron Stewart, Brenden Fletcher, and Babs Tarr’s two year on Batgirl as Babs fights one last battle against Fugue, who gave her false memories (including The Killing Joke) and stole her secrets (Including her and the other members of the Bat-family’s secret identity.) directly from the neural implant that helps her walk. Luckily, she has help and creates an impromptu “Birds of Prey” lineup of friends old and new, including Black Canary, Spoiler (Stephanie Brown), Bluebird (Harper Row), and her best friend and roommate Frankie Charles, who coordinates the mission under the codename of Operator in a kind of homage to the famous Oracle persona Barbara Gordon went by before the New 52. But Fugue has a squad of his own bringing together Batgirl’s rogues gallery from the current run (Velvet Tiger, The Jawbreakers, Corporal Punishment) as well as an old classic in Killer Moth, who was the first villain she fought back in her first appearance in Detective Comics #359 (1967). This whole team-up motif extends to the issue’s arc as Babs Tarr draws the opening and closing of the comic and is assisted on the art by Roger Robinson, Harley Quinn‘s John Timms,  and Eleonor Carlini as well as a double page spread of Burnside and both Operator and Fugue’s plan from Little Nemo‘s James Harvey.

Even though there are six artists and three colorists on Batgirl #50, their styles mesh fairly well with the action scenes, and Tarr handling the heavy emotional bits while still having a wicked cartoonist’s swagger, especially when Batgirl tricks Fugue for the last time. Since her Silver Age days as a cerebral librarian/crime fighter and even extending to her long stint as Oracle, Babs has  used her intelligence, eidetic memory, and knack for strategy to dispatch her enemies just as much as her sweeping kicks or quick punches. And her and Frankie’s plan to take Burnside back is a strategic masterpiece that would make Hannibal (Not Lecter, but the Carthaginian general that should have defeated Rome.) or Damian Wayne smile as Harvey lays out over an old-timey map of Burnside. 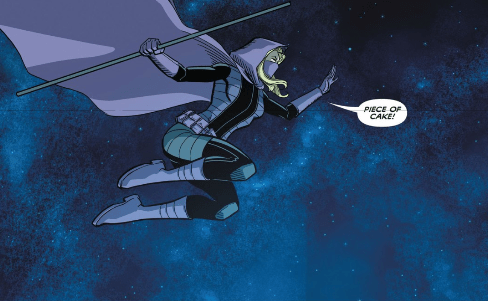 Fletcher and Stewart structure the issue as a series of Street Fighter style one on one fights as different Batgirl allies take on different villains, talk trash, kick butt, and keep moving on. Robinson, Timms, and Carlini give Bluebird, Black Canary, and Stephanie Brown an iconic moment or two, like Bluebird using her EMP gun to easily disarm the straight out of Mort Weisinger’s brainpan “booger gun” that Killer Moth uses or showing Spoiler’s aerial abilities. Arguably the coolest moment is when Frankie hacks on the Bat-bots seen in the “Superheavy” arc of Batman and goes all Pacific Rim on the towering Corporal Punishment. (The artist draws her with a stature that rivals Bane.) Altogether, the sequences reminded me of a fun afternoon at the arcade as well as reinforcing the continuing theme of this arc that Batgirl’s friends have her back even during her worst times.

Even if the finding and detonating bombs across the city plot has been done in dozens of films (Speed, The Dark Knight Rises, Die Hard with a Vengeance) and video games, Stewart, Fletcher, and Tarr give Batgirl #50 an emotionally satisfying conclusion that ends up wrapping a nice bow on their run as a whole as well as readers’ conception of Barbara Gordon the character. They play to the perception of Babs as a victim that goes back to the Killing Joke where she was crippled by The Joker to further her father and Batman’s story in a painful scene where Babs rips the neural implant that helps her walk and also is being used by Fugue to control her memories and perceptions. Serge Lapointe uses harsh reds and yellows to give the scene a desperate glow as Tarr flashes back to The Killing Joke with images of a gun and Babs in freefall. But then, you flip the page, and Batgirl is in complete control of the situation giving Fugue a taste of his own medicine by serving him up a false memory. Tarr’s poses for Batgirl are the complete opposite of the previous pages as she stands arms crossed and mocks the man, who thought he could ruin her life and reputation by blowing up the Burnside Bridge and then exposing her secret identity to the world. 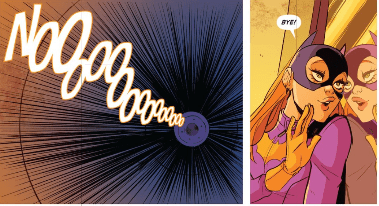 But Batgirl is also vulnerable as she actually did remove her implant and can barely walk. And this is where her friendship and relationship with Frankie really pays off as the tech genius sends a Bat-bot to swoop her up. Both Babs and Frankie have a disability, but they overcome it to be badass crime fighters, hackers, and finally businesswomen as the issue wraps up. Barbara Gordon might not be Oracle any more, but Stewart, Fletcher, and Tarr continue the tradition of the character acting as an inspiration to people with disabilities that began with John Ostrander and Kim Yale turning Barbara Gordon into Oracle during their seminal Suicide Squad run.

And by the end of Batgirl #50, Barbara Gordon is free of any manipulation, has her own business with Frankie and Luke Fox to bring environmentally friendly power to Gotham, and even has her own “Batcave” filled with mementos After the wringer she has been put through for almost two years with relationship struggles, memory loss, villains impersonating her, and fighting her own father, it’s a well-deserved happy ending for Batgirl. Cameron Stewart, Brenden Fletcher, Babs Tarr, Serge Lapointe, and the excellent guest artists really stick the landing in this last issue.

Stewart, Fletcher, and Tarr’s run on Batgirl won’t just be remembered for the iconic redesign of Batgirl’s costume, which has found its way into other mediums, like the DC Comics Superhero Girls toy line or the Batman Bad Blood animated film, or the cyberpunk-meets-Williamsburg aesthetic of Burnside. It will be remembered as a comic that showed that not all DC superhero books had to have art that looked like Jim Lee’s, kicked ass while still being stylish as hell, and most of all for having a diverse, multifaceted cast of characters that fans of all genders, races, sexual orientations, body types, and disability status could see themselves in.

Bye Babes, it was a fun two years.