1979 Revolution: Black Friday tells the story of Reza, a photographer who’s recently returned from study abroad to his native country of Iran. Unfortunately, he’s returned just as political tensions have reached boiling point over the public resentment of Western-backed monarch Shah Reza Pahlavi. As hostilities mount, Reza is forced to pick a side, and the revolution begins in earnest.

Reza is a photographer, a fact which is placed front-and-center for 1979’s brief runtime. While his position on peaceful versus violent protest is entirely dependent on player choice, his focus is on revealing the truth to the world, despite receiving abuse-both physical and mental-and even torture.

While 1979 tells a powerful, real and important story, it simply doesn’t have the production values to back it up. This is most evident in the animations, which range from decent to laughable. This is a shame at the best of times, but is infinitely more evident when cheap animations ruin what would otherwise be a powerful scene. Characters sometimes move like mannequins, arms stiffly gliding into position as fingers don’t quite close around whatever it is they just picked up. It’s important to note that some scenes are completely fine, and that these shoddy animations are the exception rather than the norm, but they certainly show up often enough to warrant mentioning.

The voice acting also ranges wildly, despite what seems to be a talented cast of actors (including Navid Negahban of Homeland fame). Some lines are delivered well, instilling a sense of passion for the narrative and real concern over the events. Others are as wooden as the worst of the animations, undermining the scene to such an extent that it becomes that much harder to care about what’s happening. 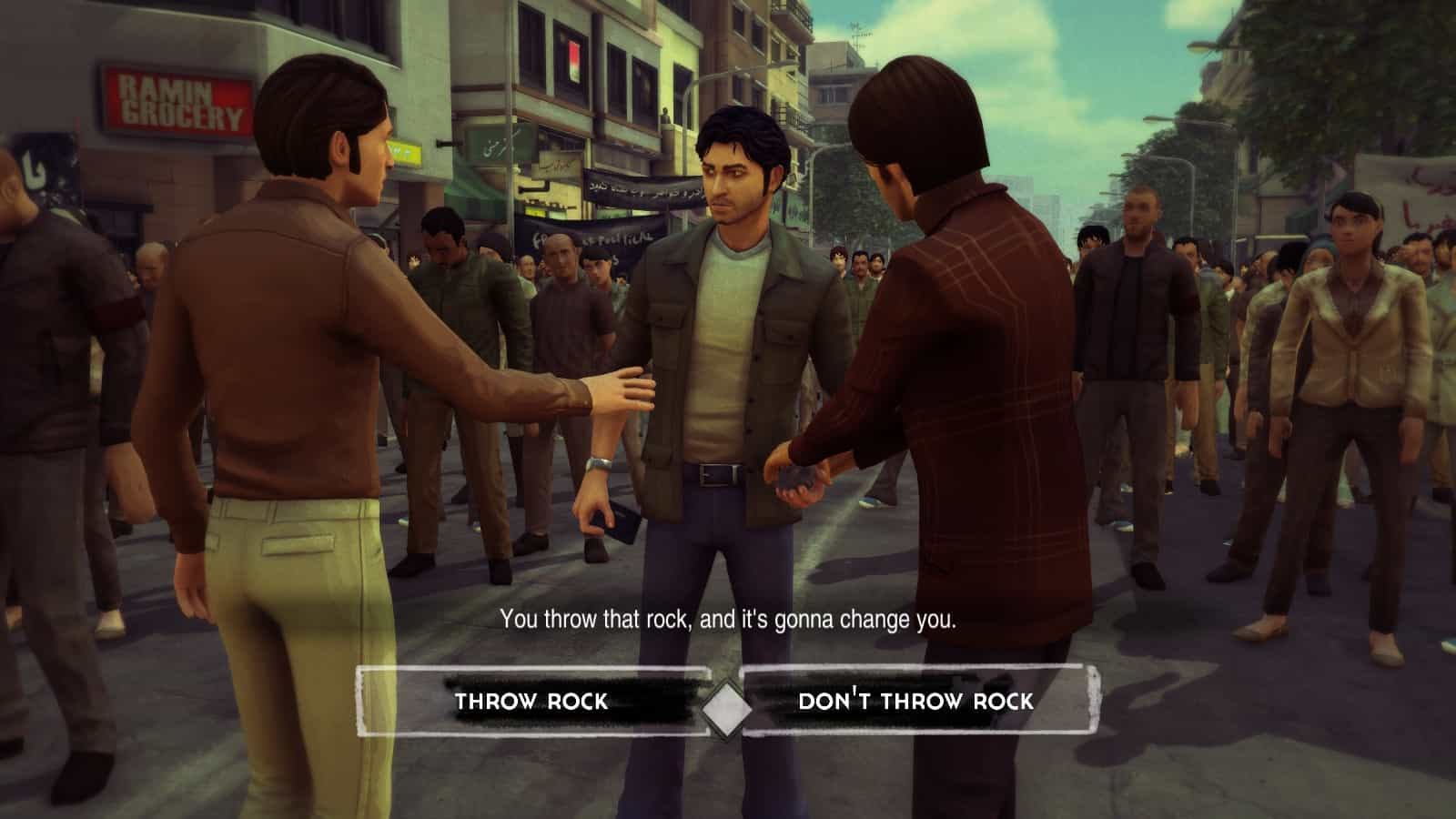 There are also the little things, signs that the game could have used a bigger budget, more development time or both. In the opening scene, the player is tasked with grabbing the “secret plans” before the police batter the door down. Since there are several items to inspect in the small room, this becomes a mad dash to sort through them quickly and find what you need. Unfortunately, what could have been a tense opening scene turned into a technical frustration, as I found the plans quite early and had to click on them several times before it registered. Happily, that particular issue didn’t resurface, but it was a poor way to begin the game.

1979 can be best compared to recent Telltale games such as The Walking Dead or The Wolf Among Us. The player makes plot-impacting decisions between brief moments of third-person exploration and/or action. Unfortunately, the game doesn’t run long enough for player decisions to feel truly meaningful-Steam pegs my total game time at 3 hours, which included some reading of the unlockable files that shed light on the real-life version of events. This means that while certain decisions do hold real narrative sway, the game simply runs too short. It’s usually a matter of minutes before you see the results of your decisions, removing large amounts of the tension. Combined with what will probably be a divisive (and is certainly an abrupt) ending, it feels as though this is only the first episode of a series. 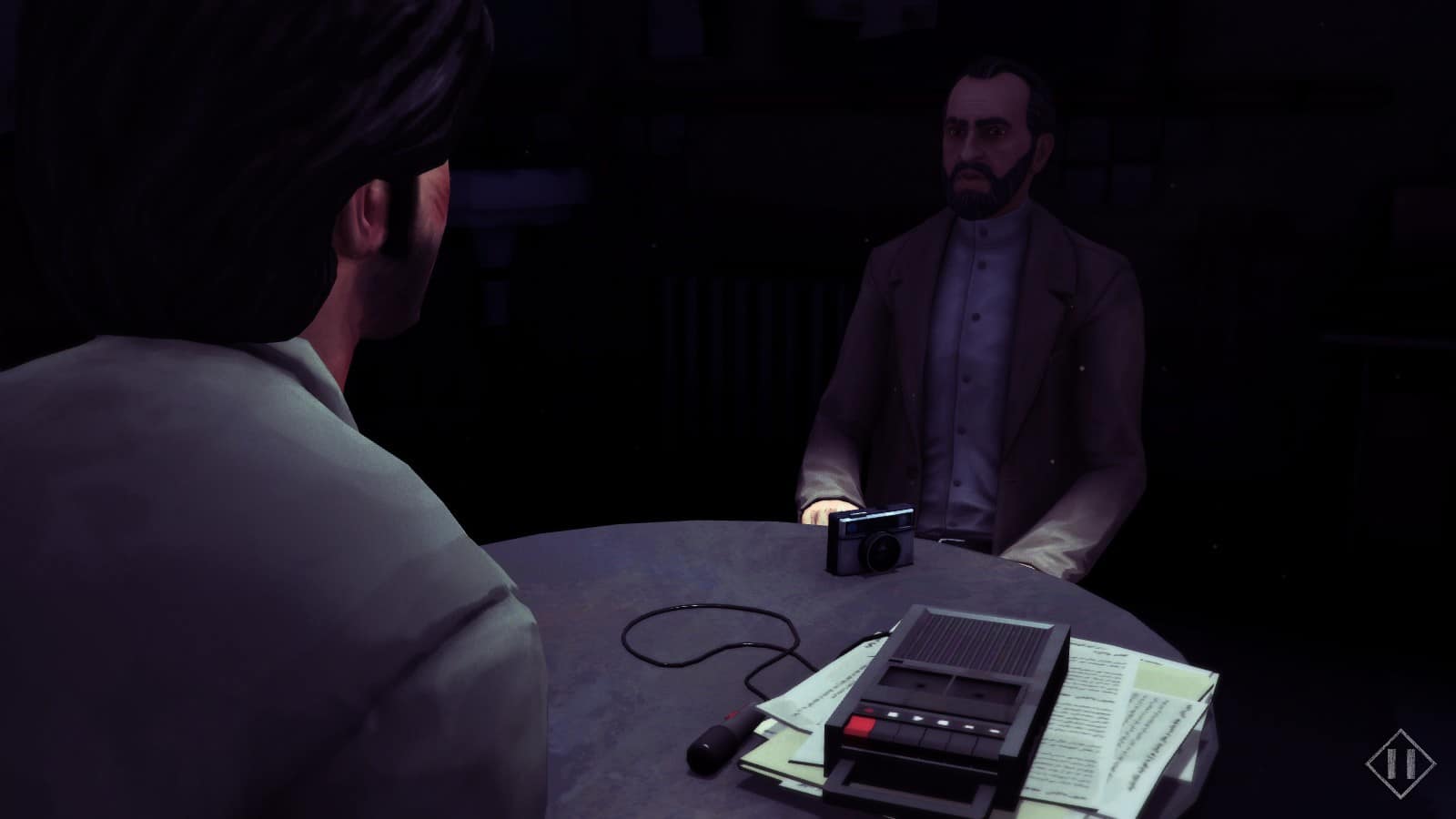 Despite all of these issues, 1979 Revolution: Black Friday does offer a powerful story based on very real events. The developers are native Iranians, and it shows-little touches of Farsi are scattered throughout the dialogue, and one dinner scene especially feels like a first hand account of events. This is a story that could potentially change how some see Iran. In an age where most games (and large swathes of other forms of media) peg the Middle East as nothing but a backdrop for generic war stories, it’s laudable to see a game that humanizes the struggles of the native citizens.

This is especially true when the game takes the form of a dramatic story grounded in history rather than a dry documentary or educational format. Where it would have been easy for the developers to simply relay the events of the time, they decided to create a fictional but believable narrative that details what it feels like to be involved. There’s a focus on empathy rather than historical indifference, and the game is better for it. 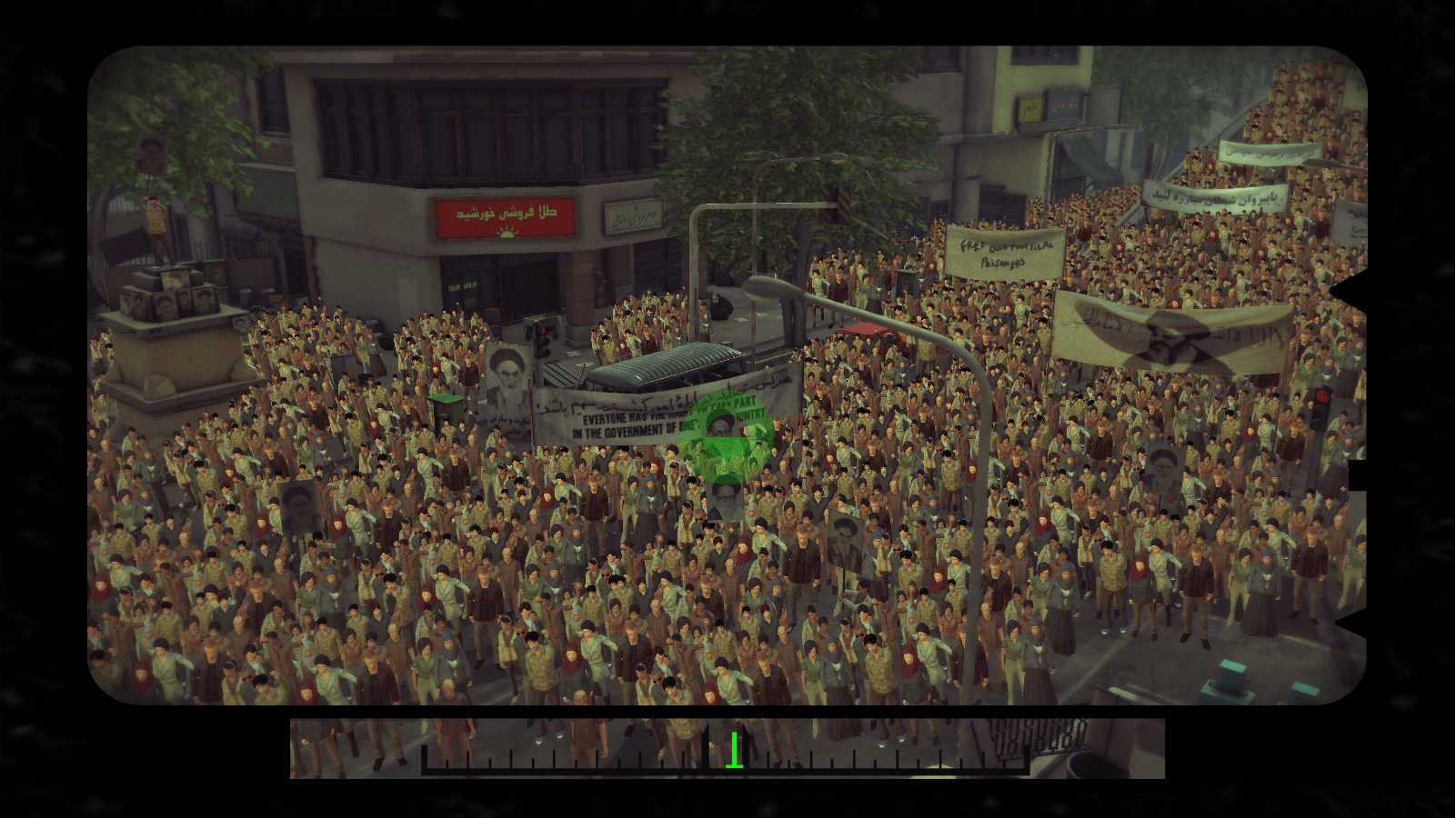 Unfortunately, this comes with another caveat in that the story is simply too esoteric. I felt constantly bombarded by ideologies, factions, names and philosophies. Even after reading some of the unlockable documents, I felt that it was hard to keep track of exactly what was going on. On some level this certainly seems intentional; Reza will act exactly as baffled as I felt, never knowing who was in the right (if anyone was) or what the best decision would be. But from an outsider looking in, this made most of my choices feel more like guessing than decision-making, which always undermined the consequences.

1979 is best suited for those with an interest (even a passing one) in the subject who are also willing to overlook some poor production values. It tells a powerful and important story-more so given the current zeitgeist. While there are some technical and aesthetic issues that are impossible to overlook, there isn’t another story quite like this in gaming.